Lighting Up Buildings with Laser Projections 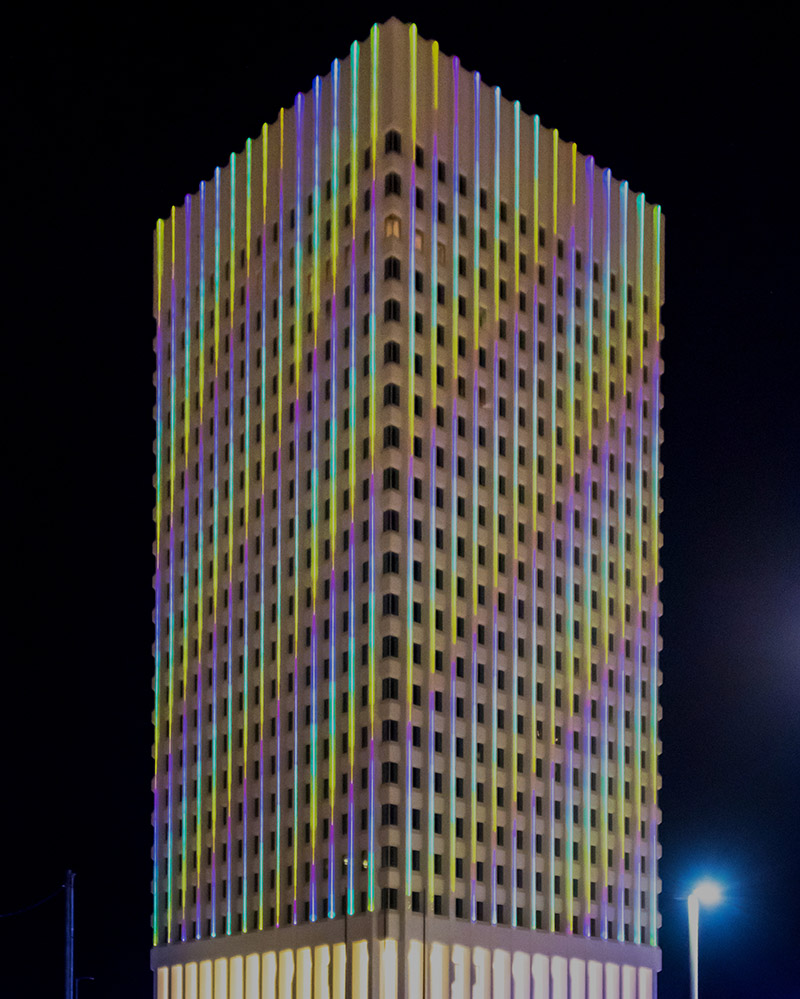 ANICO Tower in Galveston, TX, with colorful patterns across its light facade

Tim Walsh, president of Laser Spectacles, Inc., has a passion for the art of lighting up buildings with laser projections. He shared some photos with PLSN of some of his landmark laser projects, which started with the venerable Ramona Theatre in Frederick, OK, which dates from 1929; the Nebraska State Capitol in Lincoln, NE, built in 1932, and an outdoor, in-the-round amphitheater at the city hall serving North Richland Hills, TX, in the Dallas-Fort Worth area. One of Walsh’s more recent laser projects was his design for the gleaming white 23-story ANICO Tower in Galveston, TX. 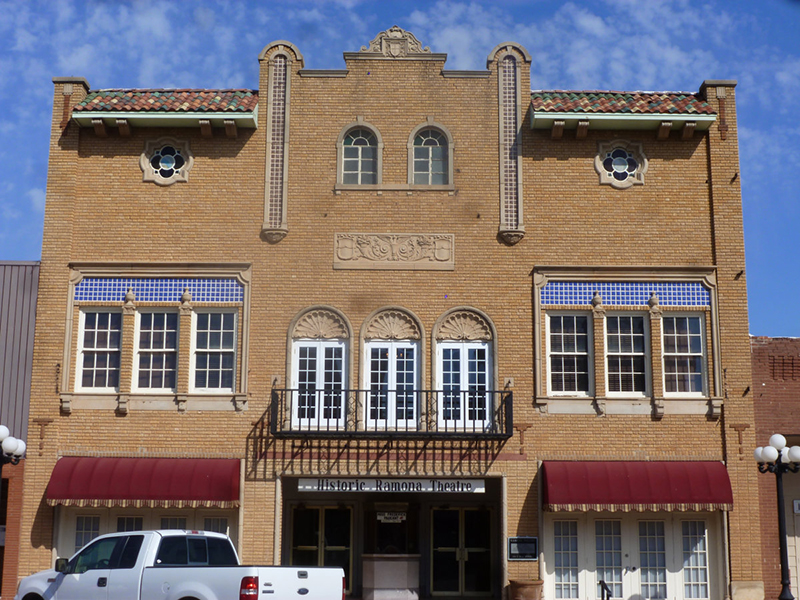 The exterior of Ramona Theatre, Frederick, OK, during the day… 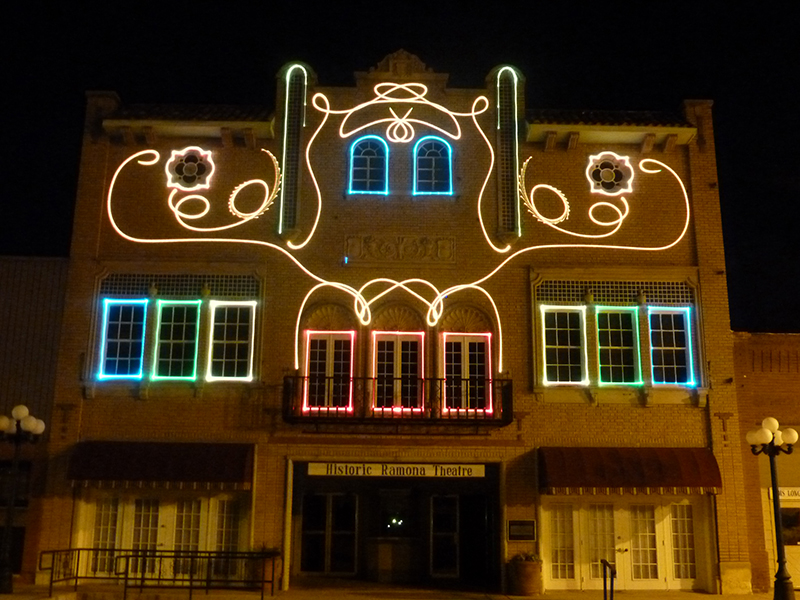 …and with laser decorations at night.

This project transformed the stately façade of the Ramona Theatre with laser light for the Frederick Arts and Humanities Council, which had planned a fundraising banquet outside the restored theater. Walsh created a laser mapping show outside the venue along with a full scale indoor laser performance inside. 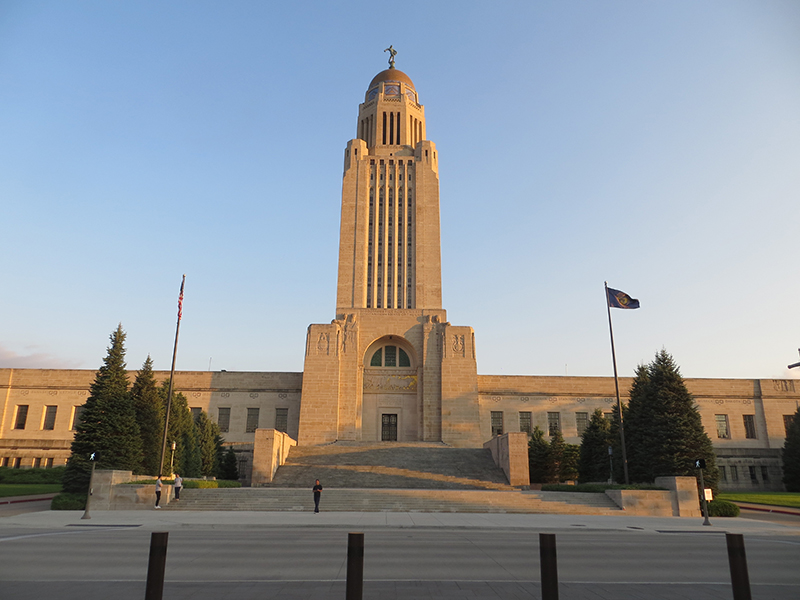 Nebraska Capitol during the day… 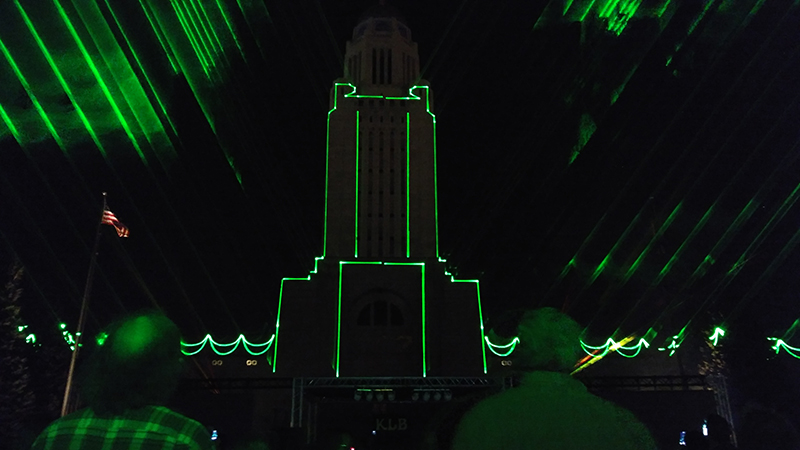 …and outlined with laser light during the night.

Walsh was inspired by the second location he got to light up with lasers, the Nebraska State Capitol – with its 400-foot-tall structure that could be seen for many miles. The project was commissioned by First Lady Susanne Shore, wife of Nebraska governor Pete Ricketts, for the final celebration of the state’s year-long 150th birthday party in 2017. Along with the mapped laser projection on the building, Walsh created a full laser beam show down the city’s Centennial Mall.

The outdoor in-the-round amphitheater at the city hall for North Richland Hills, TX during the day… 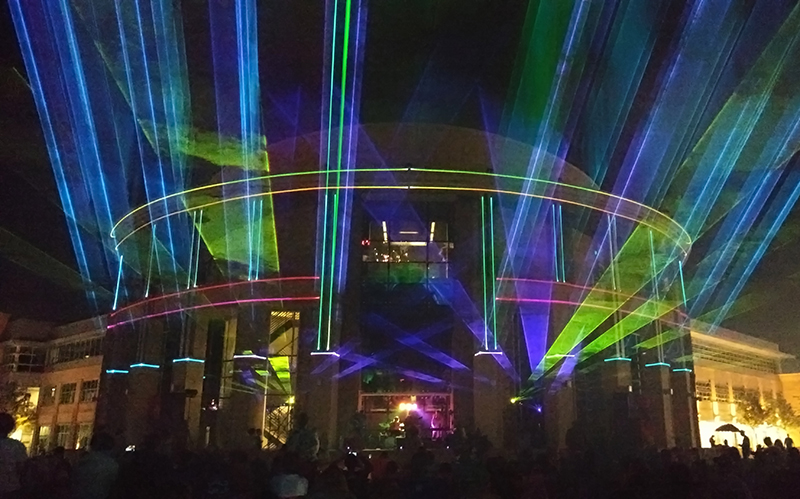 …and with laser looks at night.

For at outdoor in-the-round amphitheater at the city hall for North Richland Hills, TX in the Dallas-Fort Worth area, Walsh proved lasers to enhance the annual fall concert staged in an outdoor amphitheater that’s incorporated into the building’s in-the-round architectural design. Walsh notes that the building’s design lends itself to multiple projection zones and using a variety of laser mapping techniques. He notes that this laser show was performed live, accompanying a Beatles tribute band. 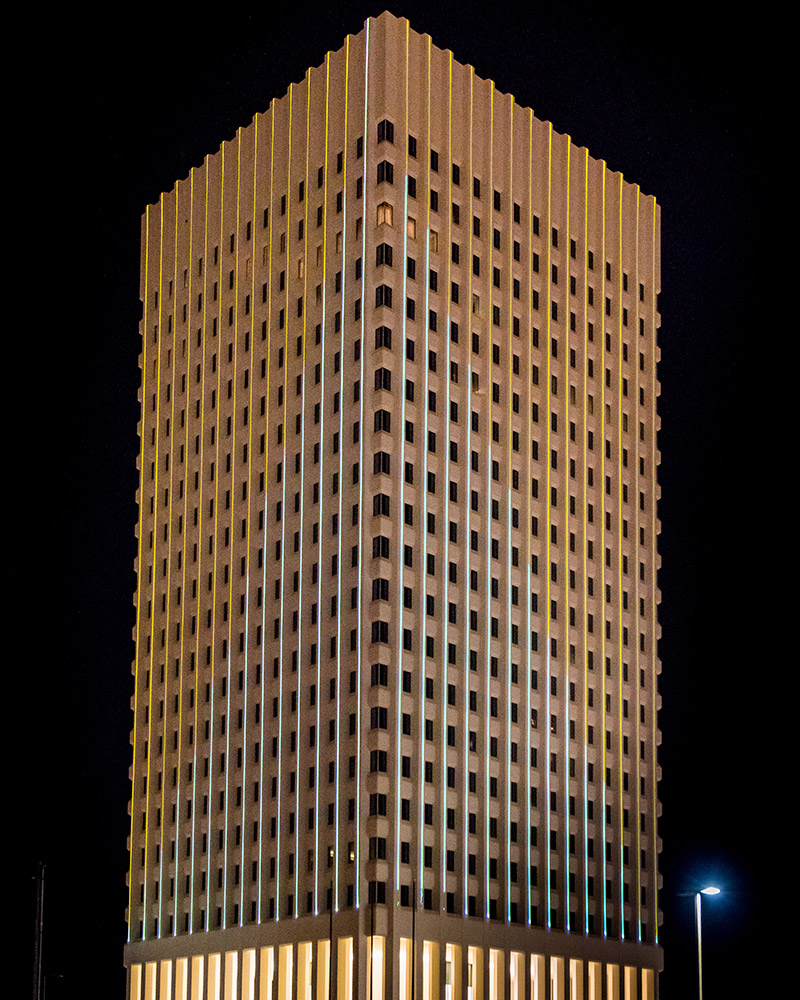 The American National Insurance Company (ANICO) has its headquarters in a gleaming-white, 23-foot-tall building referred to as One Moody Plaza in downtown Galveston, TX that was first completed in 1972. Visible from miles around, Walsh had long dreamed of lighting up the landmark building, and his proposal to provide a laser-mapping holiday themed spectacle finally got the green light. Walsh provided laser visuals to cover two entire facades of the structure.

“The tricky part was keeping the images in one flat plane,” Walsh recalls. “I could only use 14 vertical lines for each side due to the architecture. This inspired me to come up with even more new programming techniques to distill images down to a 28-line vertical raster split between two lasers.”

Tim Walsh is a founding member of the International Laser Display Association (ILDA) and served as its president from 2007 to 2011. He’s also a musician, and co-founded Brave Combo, the “Nuclear Polka Band” from Texas, with two Grammy wins for “Best Polka Album” under its belt. Tim’s laser-projection exploits have also been chronicled by ILDA’s Laserist magazine. For more info on Walsh and his projects, visit www.laserspectacles.com and www.bravecombo.com.