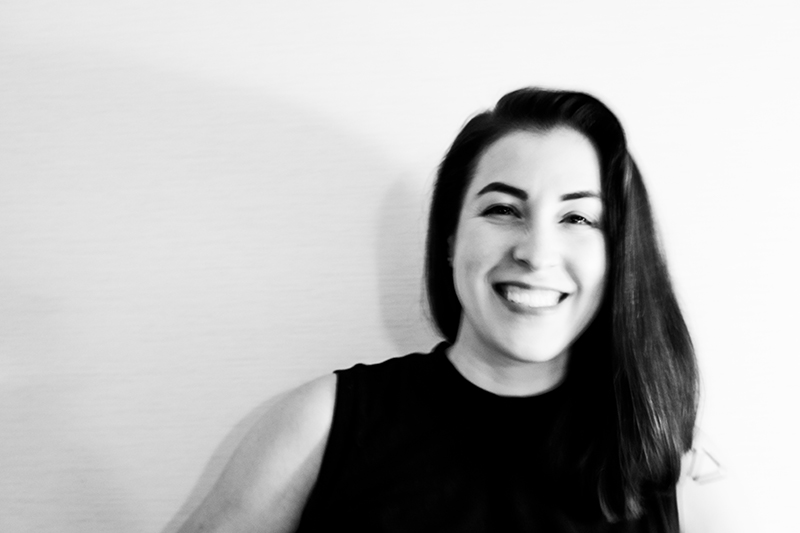 Every month, PLSN shines a light on a younger person in our business who has recognizable talents and is destined for greatness in the live event industry. Please meet our March 2020 Parnelli NextGen candidate. Alyssa Milione is a lighting director, programmer, and technician for concert touring and corporate events. Some of the acts that she works with include, Billy Idol (tour and LV residency), Move – Beyond – Live on Tour; Sofi Tukker; Maks, Val & Peta: Confidential Tour; Metric; and Sheryl Crow.

Milione got her start in lighting by studying to be a theatrical lighting designer. “When you go to theater school, the only track that you think is Broadway. I got the degree and very quickly realized that Broadway is not the only track.” She moved into live music when a musician friend asked her to run lights for a show and “‘come make me not look stupid.’ After that, I caught the bug so hard. Music just made sense; and I just kept doing it, and now here we are.”

She counts two people in the industry as her mentors — the ones who opened up career doors for her when they saw what she could do. First is “definitely Rob Koenig. He gave me my big break. I had done things that were small-time, and he was the guy that looked at me and asked, ‘Do you want to do this?’ And I said, ‘Yeah!’ He told me to write him an email, and he was going to make this work. And, lo and behold, six months later, I was neck deep in it.”

Koenig brought Milione in to be lighting director for Move – Beyond – Live on Tour, the third tour for siblings Julianne and Derek Hough of TV’s Dancing with the Stars fame, which had a design team led by production designer Butch Allen and lighting designer Peter Morse. The other mentor for Milione was lighting and production designer Meagan Metcalf. “Meagan and I work a lot together, and she’s fantastic too. So between those two very lovely people and wonderful people like Butch and Peter, I’m very lucky to be busy and keep working. Those people have my back, and I’m very grateful.

“Move – Beyond definitely was huge for opening up so much for me,” Milione continues. “Getting to work with Butch, Peter, and Rob. And then Faculty [Management & Productions] — I’m very grateful for them, too, as they’ve given me a lot of work. After Move, I worked on American Idol; Maks, Val & Peta; Sabrina Carpenter. I was really lucky to find that camp. I think that’s the thing — you find your camp, work hard, and hopefully, that camp keeps feeding you work.” 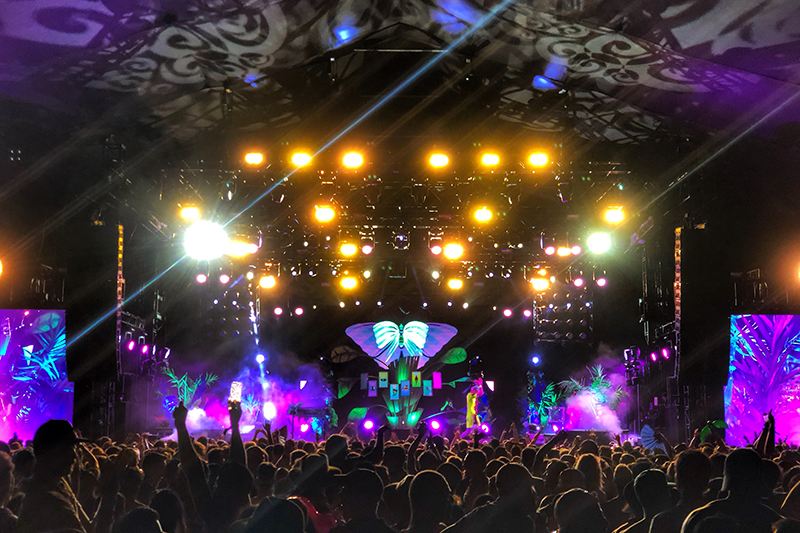 Milione has found that her theater training and skills are great assets to have as a lighting director for music and live events. “I think that there is something that theater taught me about the subtlety and the decorum of a show,” she says. “What an audience wants to see, and how sometimes it’s really small moves that make a really big difference. Because you can turn a light on at 100 percent and strobe it all day, but it’s not always as impactful as a single light that can do something really beautiful; something nuanced.”

Move – Beyond was an example of what Milione’s theater background adds to the team. “It was a huge show, for lack of a better term, and very theatrical. So Rob brought in a lot of super cool rock programming, and Peter has this really gorgeous eye for what he wants to see. I brought in my sense of theatrical understanding — it was a really cool meld.”

Something else that she credits theater training for is that she “learned a lot about paperwork in theater school. I am sometimes — maybe overly — organized. I have a penchant for wanting to make sure that I have all of the information; everything is documented. I feel like when you are that organized, then you get to have more room for improv.”

When asked to consider an important skill or trait that Milione feels she needs to properly do her job, she quickly responds, “Flexibility! 100 percent. It’s this strange combination of flexibility and focus, right? You have to be able to focus on just what you’re doing, but also see all of the hundred things that are going on around you; all of the different departments. You have to be flexible enough to say ‘Yes.’ Eyes on the prize. The show is the thing, and you have to be able to say ‘Yes.’”

Milione also knows that there is a fine balance to the lighting designer/lighting director relationship. “I think in that particular relationship there’s this crazy line between having an opinion and having no ego. Because it’s not necessarily about what I want to see, because my ego doesn’t matter. But, if I have an opinion that might be an easier way to do it, that would be helpful — so it’s knowing when to offer that opinion. It can’t be ego-based because it’s not about you. It’s always about the show. It’s always about the artist and you’re just there to make it happen.”

When asked what a more memorable experience was that she’s had over her time touring, Milione comes up with the time she was “trying to do an outdoor festival in Japan last year with the typhoons! I was there with Sofi Tukker for the Summer Sonic Festival. Suddenly everyone’s phones start going off with a typhoon warning. It just never ceases to amaze me sometimes, the lengths that we all go to, to make a show happen. You think they’d be like, ‘Oh, there’s a typhoon , we can’t do this.’ In Japan, they’re like, ‘Nope, get out the sandbags. Let’s move this inside. Let’s do this.’ So that was cool.”

There’s a lot for Milione to like about her career at the present. “Sometimes I realize that people are paying me money to literally push buttons. All day. I feel so lucky all the time that this is a thing that I get to do. I get to travel the world, meet amazing people and play with people who make cool music. I think I’m always continuously surprised that I’m still working, right? Because I am freelance through and through. I don’t work for any one particular person or company. Granted, between Koenig and Metcalf, the jobs keep coming, and I’m very excited about that, but you always finish a tour and think, ‘I’m never working again. That was the end, right?’ I just finished in January with Billy Idol in Australia and New Zealand, and that camp is fantastic. Then I realized that I didn’t have anything for the rest of the year, except for his residency in Vegas. And then, literally two weeks later, I get a call from Metcalf. I get an email from Koenig, and now I have no time off until October. I’m always surprised that it just keeps happening, but in a really good way. I feel very lucky about those things.”

Milione has picked up some good advice along the way that she still finds applicable and uses on a regular basis. “The first is, ‘Never let them see you sweat,” she comments. “Koenig told me that on one of my very first shows. He goes, ‘Listen. Keep your head down, keep your mouth shut, be Buddha behind that board.’ There are times — and everyone has had them — where you’re doing a show and you haven’t slept in three days. And the things that are being asked of you feel very insurmountable sometimes. That is when you keep your head down, keep your mouth shut, and you have to be Buddha behind the board. That is your safe space. That’s where the whole world just slows down. You’re in total control, and that is everything right then and there behind that console. I have it tattooed on me because it’s such a big deal for me to be that.”

It’s readily apparent, looking at Milione’s career and the creatives that want her on their team, that she has an admirable work ethic. There is no slowing her down. So if you want to catch up to Milione, you should look for her on the road, behind the board, being a Buddha.