Andrew Cass has a tendency to wear many different hats. He’s traveled many paths, all starting with a decision to travel from the East Coast to the Denver, CO area in 2006. Today, he serves as LD for The String Cheese Incident, production design manager/account executive for Clearwing Productions’ shop in Denver, and head of his own company, C2 Design and Drafting LLC. For these reasons, we felt more of our readers should get acquainted with Andrew, our first NextGen Parnelli nominee for 2020.

As a college student in the Boston area, Cass found himself attending Northeastern University to get a music industry degree. “I was there for five years or so, starting in 2000. It is a co-op school, so it was about getting some on-the-job training as well as learning in a traditional classroom environment. I would go off on a tour for a while or work in an office as a runner etc., before circling back to classes.”

He started his career working with a Boston jazz/groove act called the Addison Groove Project as one of these school ventures back in 2004. “We had some Technobeams and strobes we carried. Back then, I thought to myself, ‘There is no way I will ever be able to make a living doing this.’ I was not a good enough musician myself, but I needed something to do to stay in this business, so I stuck with this lighting thing.” 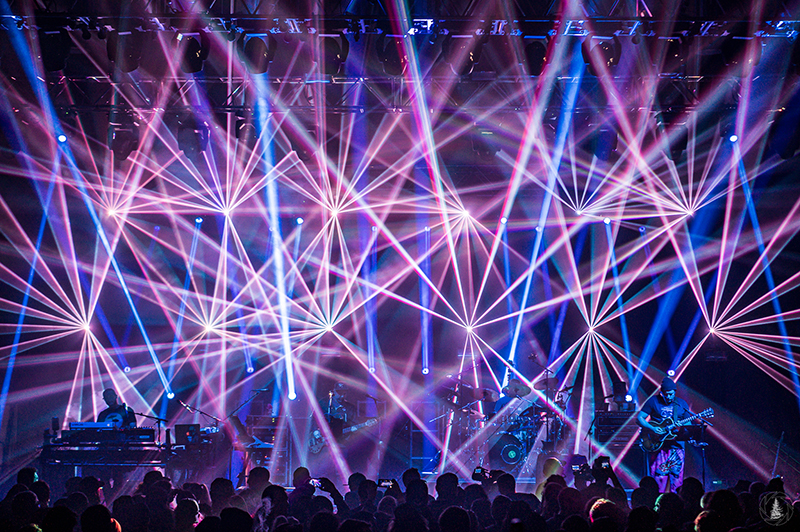 Cass worked for a bunch of smaller bands while building his lighting design skill-set. He spent a decade doing backline for The Disco Biscuits, starting back in 2008. “This was no small feat, as they play 100-plus shows per year at the time. Their LD was the talented Johnny R. Goode. At times when he couldn’t make some shows, I would sub for him. That show is entirely improvised, so we both had our own interpretation of how it would look, but I took a lot of my inspiration from Johnny.”

Cass would go on to start networking his way up through programming and operating some small shows until he hooked up with LD Marc Janowitz. “I would call him my mentor. He brought me into the realm of programming and operating bigger theater shows like Matisyahu and Passion Pit. Eventually I switched from the Hog console and started running grandMA desks on most of my shows, which is still my brand of choice.”

By the end of 2009, the EDM scene had started up, and Bassnectar was an artist just breaking at the start of this genre. “It was the early days, and we spent a few years in a van. I was working as the production manager and LD at first. As the artist grew, I went on to just becoming his LD and working with my first mega rigs with 200-plus movers.” He was able to keep employed by both of these acts for some time. “It was a juggling act, as their schedules weaved themselves around each other until around 2013.” 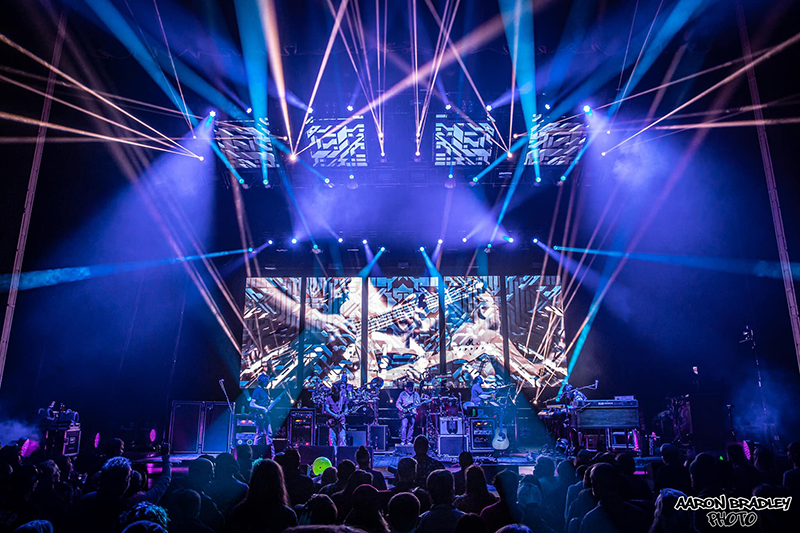 Circling back to college, he got some course hours interning for a company called SCI Fidelity, which is owned and managed by the Boulder, CO-based jam band, The String Cheese Incident, but serves as a record label for other artists on the jam band scene as well. “They primarily took live shows of jam bands and released them as records along with releasing some studio work of other artists. I wasn’t sure I would make it in the record industry as it moved away from album sales and into the world of the internet, so I diversified — audio, backline, lights, stage management. I was handing out fliers and getting coffee, but learning. I wanted an opportunity to learn as many skills in the industry as possible. This company was putting out all the live music for the String Cheese Incident, so I decided I wanted to live out there and, unbeknownst to them at the time, eventually become their lighting designer.”

So in 2006, it was off to Denver to take up residence. In 2013, Cass found himself on the road doing some lighting programming and backline for The Mike Gordon Band, featuring the bassist for Phish, when he got word that The String Cheese Incident was looking for a new LD. “I remember sitting on the bus next to Liggy [Jason Liggett], the Mike Gordon Band LD, and he got an email on his phone that he read out loud that ‘SCI was looking for an LD.’ I pretty much freaked out and asked Liggy to respond for me, which he did.” 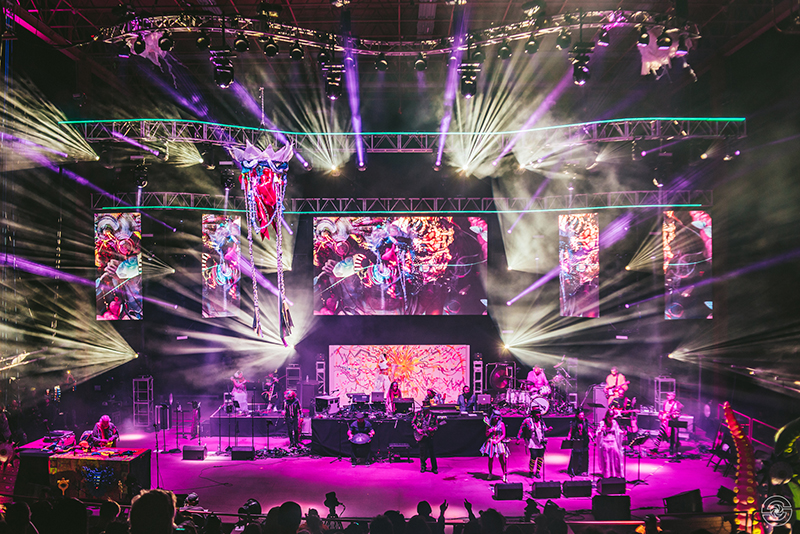 Andrew speaks about his lighting technique. “For SCI, my main focus is seamless transitions between a programmed and an improvised show. I have a basic cue list for over 130 different SCI songs, which will have data for lighting, video, and camera cuts within it. When we get to the improvised sections of the songs, I will use different sequences to busk along to those parts. When the songs go back into the predetermined forms, I use macros to turn off the sequences used for busking as smoothly as possible and get back into the cue stack. I control everything myself through the MA. My goal on every song is a cohesive look that incorporates the video and the lighting and appears is if it is always planned. At the same time, it has that feeling and excitement of improvised art, in which each show can have different vibe and each jam can go to a different place.”

Recently, Cass has switched to the Ai server from Avolites for video control. “We have a camera-based video show,” he notes. “I take in eight PTZ cameras to the server, one for each band member and two extra, and I can work them into the cue stacks as well as the improvised parts. My control team consists of a PTZ camera operator and my L2, Chris Ruppel, who watches over the servers, resets fixtures, takes notes, and lots of other tasks. During the show, I will be calling shots to the camera operator as well as occasionally directing the internet stream.”

“All the lights and video for SCI comes out of Clearwing now,” Cass adds. “I started working with the Clearwing team about a year ago, initially as a drafter and production designer, and since then, have taken on a role as an account exec as well. I have always wanted to work with a vendor, and in my sales role, I can take a show from an initial idea, draft and program it myself or with the client, and follow it all the way to the final product. I have found that my clients appreciate my understanding of fixtures and design elements, and it allows me support them in ways other sales reps can’t.”

Cass started up C2 Design and Drafting a few years ago. “This began with my interest in drafting and previz. I can help anyone out that needs work drawings and renderings of what their show will look like. I initially taught myself the grandMA and the grandMA 3D Visualizer, but I now rely on my network of industry professionals and all kinds of different software tools to get the job done — including Vectorworks, Capture, the Adobe Suite and many others.

“It’s important, if you are going to be a successful LD, to understand all facets of the business,” Andrew adds. “This includes rigging, drafting, programming, operating and budgets. Even a basic understanding of audio, trucking, backline, and cameras is useful to see how all these pieces fit together into an entire production.” That leads us up to asking this Parnelli NextGen candidate what advice he could give the next generation following his path. “Take control of your own destiny. Tell photographers what you want to see, tell video and camera staff the shots you like and communicate with artists on how you interpret the show. Don’t be afraid to give feedback on anything that perceives your work and never stop working on your communication and personal growth.”

Check out Andrew’s work at www.c2designanddrafting.com.