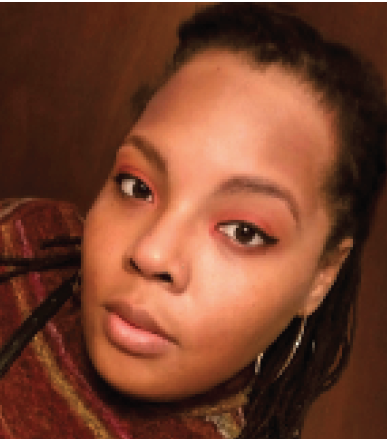 The program seemed to be “an opportunity that really could marry a couple of different worlds really brilliantly,” said OSA General & Artistic Director E. Loren Meeker, who noted that she and company Artistic Advisor and Don Giovanni stage director Garnett Bruce have “both been really eager to fight for actionable change within our organization.”

Meeker said that she believed that the program would not only help augment the resume of Sterling, but it would aid OSA as well. “Partnering with USITT to craft, not just an observing role, not just a complimentary or short internship role, but a hands-on design and staff opportunity to a young, in this case, black designer — I think that is crucial for the industry moving forward, and I could not be more thrilled to have this opportunity within our company. This gives us a chance to not only bring in a BIPOC designer to a lighting design position that heretofore we have not always been able to have on every production, but it also helps grow our artistic team. This program provides an opportunity to an up-and-coming young designer, and it helps us really lead the charge in terms of bringing diversity, not only to our casts and to our staff, but also to our creative and design teams as well.”

OSA’s Meeker also sees a synergy between the program and the growth and development of women designers within the company. She notes that Don Giovanni lighting designer Mandi Wood has worked with OSA for several seasons as an assistant lighting designer. “We are quite proud to have Mandi as part of our family, but then to level up with her to take over as the lighting designer on this production, and then bring in another young female designer to learn from Mandi, is a really extraordinary step, I think, for a small company or any company, maybe, to be able to take — to have women in both of these positions. And I think the gift with this program, which I’ll be very eager to evolve, is figuring out how that trend can continue and how we can take next steps towards this becoming a real opportunity for a lot of different artists across the board.”

“I am extremely grateful to Disney Live Entertainment for taking the lead and providing the funding to make this program a reality. It is their leadership that allows USITT to continue to provide these paths to deserving individuals and companies,” said David Grindle, Executive Director of USITT.

“What’s really wonderfully unique,” said Meeker, “is the opportunity to receive help that can work both ways, as a two-way street for artists to get experience and for us to sustain and grow as a company. And that’s really something I think is an incredible moment for both USITT and for OPERA San Antonio.”

USITT has already begun to develop a list of companies who have expressed interest in the BIPOC Design Fellowship. The Institute will initiate a post-production analysis of the pilot program, encouraging comment from all participants to make the program a more effective experience for future participants and host companies should this project continue.

To enquire about providing funding for the USITT BIPOC Designer Fellowship, email David Grindle at david@usitt.org. 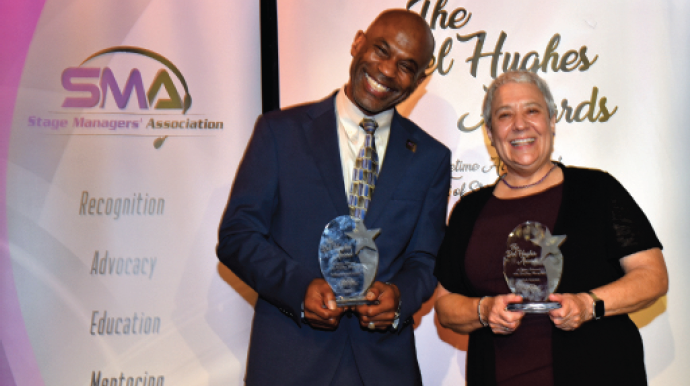 The Del Hughes honor is awarded to those who represent the finest qualities and artistic achievement in stage management throughout their lifelong career. Instituted in 1986, the award was named for Del Hughes, who had an illustrious career as a Broadway and television stage manager as well as a TV director from 1933 to the 1970s. Honorees are chosen each February from nominations submitted by industry members. 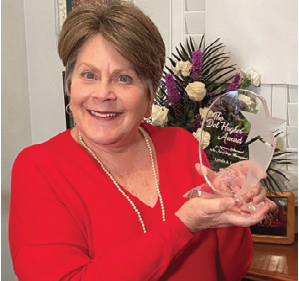