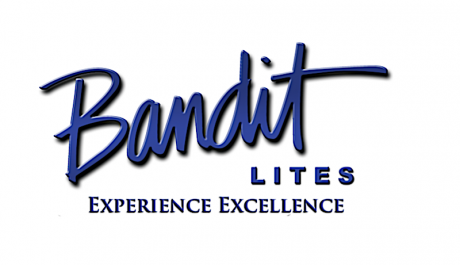 It was a gathering more than two years in the making as Bandit Lites team members came together for the company’s Annual General Meeting. Michael T. Strickland, chair and founder, spoke about Bandit’s storied past, its present role in leading the way back into touring following the pandemic, and his bright plans for the future of the company and those who have made a career with the world’s leader in concert lighting.

“Bandit remained fully operational with 100% of the team on board and fully paid,” stated Strickland. “We knew the value of having a team when we emerged from this last two years. The true value in that action is indeed the amazing people that are Bandit. There is no Bandit without all of this fantastic people. I want to thank every one of them for their contributions to keep Bandit at the top of the industry.”

Scot Sepe, Cody Cheatham, Michael Stanley, and Jeremy Sinicki were recognized for a decade at Bandit while both Jake Tickle and Rick Herndon celebrated 15 years. 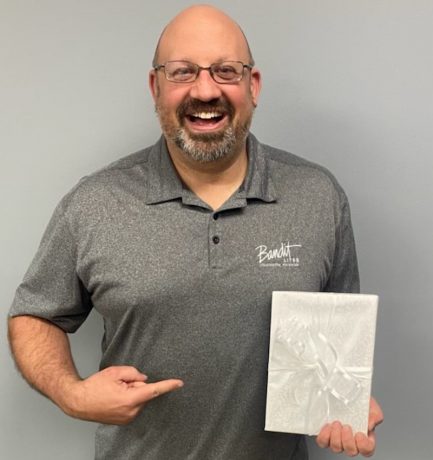 Roth Edwards, Jimmy Hatten, and Chris Barbee were each honored for 20 years of service at Bandit Lites. The Bandit traditional Rolex Submariner watch was presented to all three for their contributions to the firm.

Following his graduation from Full Sale, Edwards joined Bandit’s Knoxville location in 2000 as assistant warehouse manager. His trajectory took him through sales and integration, to director of technical services and later, special operations. He now acts as the Bandit’s director of operations and is an integral part of the company’s day to day activities. 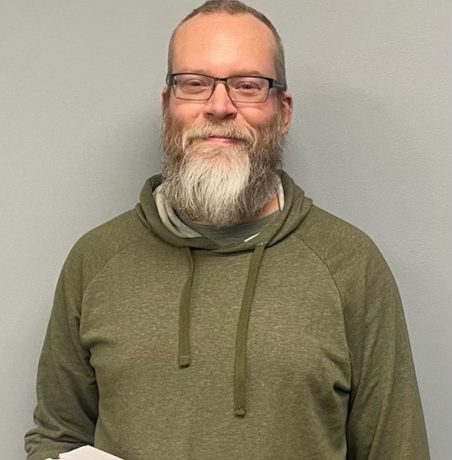 Hatten originally came on to Bandit’s team in 2000 and excelled as a crew chief and lighting director. He spent 15 years on the road with acts such as Crosby Stills & Nash, Sevendust, Keith Urban, Donny Osmond, and Martina McBride before being named one of the company’s project managers.

Barbee was hired at Bandit in 2001 and began his meteoric rise, taking a fledgling sales division and growing it into an industry leading entity. He was most recently named vice president of sales and integration and has overseen hundreds of projects ranging from churches, schools, theaters, amusement parks, museums, and venues. 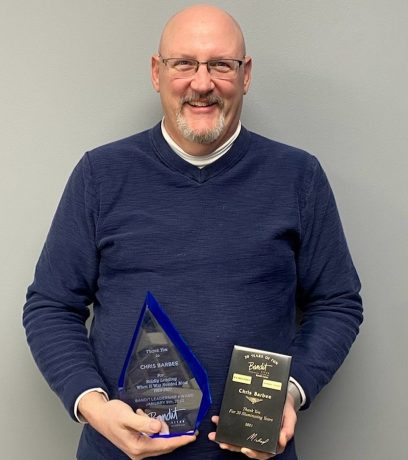 Two other Bandits were commemorated for illustrious achievements: Lighting Designer Dave Butzler for 30 years and Vice President Mike Golden for 40 years. A separate press release regarding their storied careers will be forthcoming.

In addition to honoring those who celebrated career milestones with the company, Strickland also took time to award individuals who stepped up to lead Bandit during the 2020 pandemic. Those individuals were Mark Steinwachs, Sharon Draper, Jake Tickle, Chris Barbee, John Jenkinson, and Roth Edwards.

“The leadership awards are very special” says Strickland. “The six people that were honored stepped up to the forefront and led the way at Bandit for the last two years. Without their tremendous efforts and leadership Bandit would not be in the great place that it is now. I can never thank them enough!”