Brompton Technology Powers LED Setup of West End Production Back to the Future: The Musical 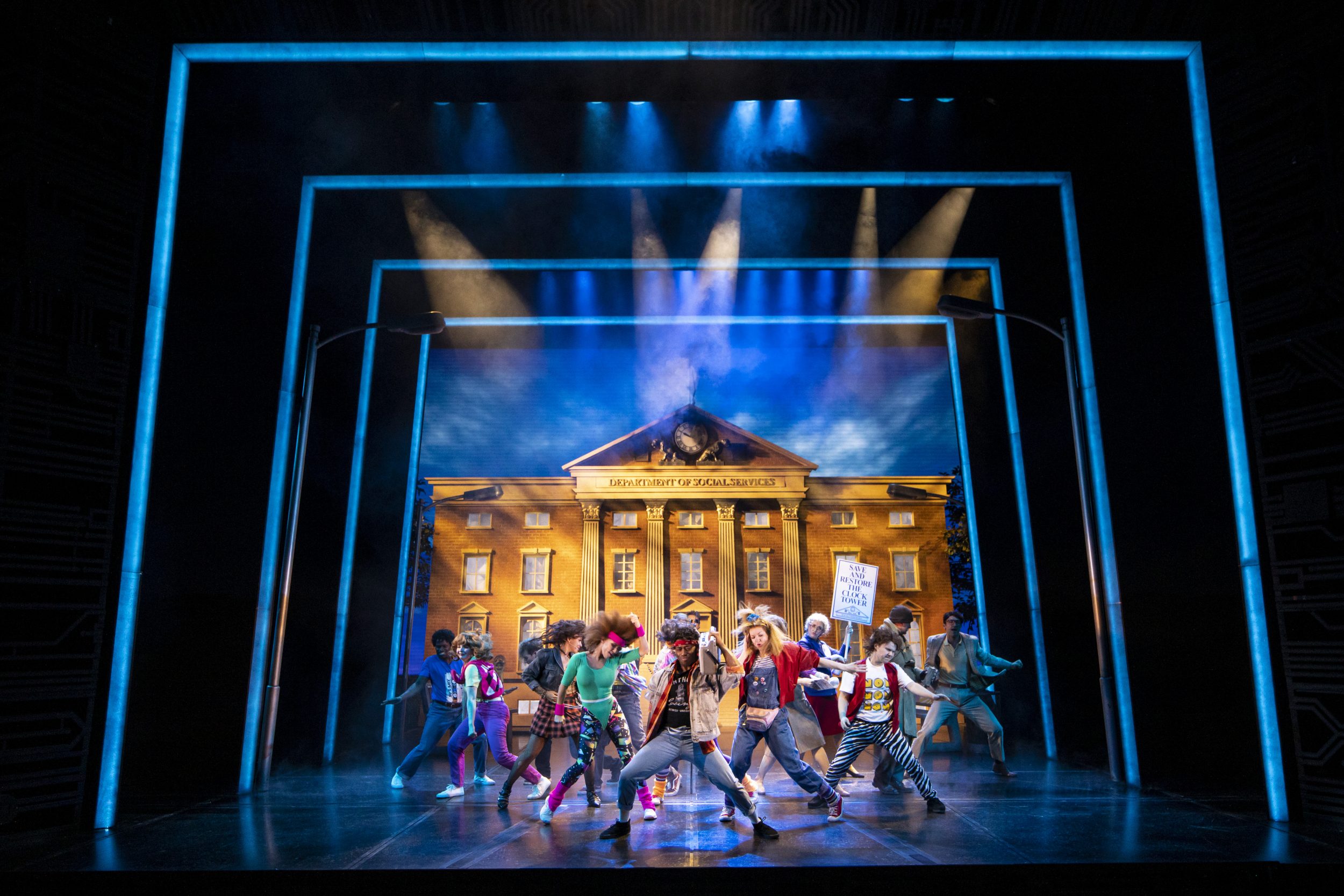 Based on the 1985 blockbuster film and pop culture phenomenon, Back to the Future: The Musical, arrived in London’s West End last year. The show’s video elements, produced by award-winning video design and production studio FRAY Studio, and its system design, created by Ammonite, delivered a demonstration of how cutting-edge technology can transform the ordinary setup of a show and create an expansive, fantastical world through the use of LED screens, powered by Brompton Technology processing.

Video Designer and FRAY Studio co-founder, Finn Ross, works across all forms of live entertainment, combining video with performance to enhance the audience experience and expand its imagination. When it came to creating this show’s video elements, Ross was keen to use Brompton processing to enable the production team to drive the LED walls at a low level whilst maintaining solid colors and exceptional contrast. 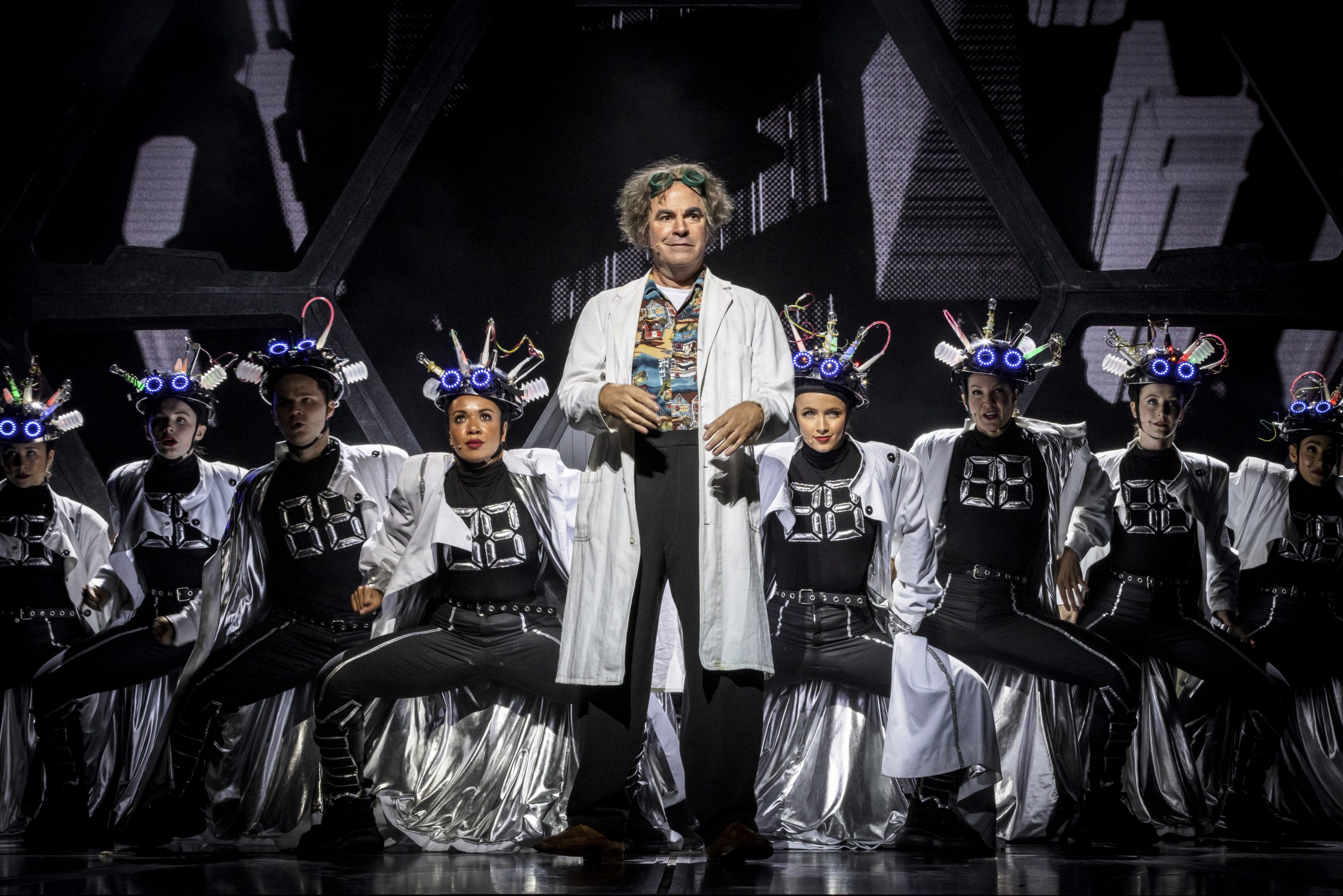 “This was especially important on Back to the Future, which relies on darkness and subtle textures for many of the illusions,” says Jon Lyle of Ammonite, who oversaw the show’s system design and is familiar with Brompton processing, having used Tessera M2 processors on Disney’s Frozen Broadway production. “We switched over to Tessera SX40 as soon as it was released in 2017, and it has been the backbone of our LED workflows since.”

“Collaboration, emerging technologies, and creativity are at the heart of our work,” shares Ross. “Whether it is live in-person or via a screen, our work excites, inspires, and unites the audience in an unimaginable way. We take a cross-cultural approach, united by our focus on using video as a storytelling tool. No matter what medium we are working with, the duration of the experience or the technology used, we see video as more than screens. We see video in a three-dimensional space, real or virtual, making it a powerful tool to transport the audience out of their current reality and into their imaginations.”

Since its inception, FRAY Studio has emerged as a leader in its field, collaborating across the cultural spectrum, with acts and institutions such as Disney, La Scala, The Royal Opera House, The Metropolitan Opera, and The V&A to name a few. Ammonite and FRAY Studio have worked together on numerous productions over the years, including The Curious Incident of the Dog in The Nighttime, Les Misérables, Frozen, and now Back To The Future. “These productions have always sat at the cutting edge of live events, pushing audience expectations, creating quicker workflows and giving a platform to new technologies,” says Lyle.

With Brompton Tessera processing solidifying its place as the ‘go-to’ industry LED processing solution for any type of production pushing the boundaries to deliver visually stunning and lifelike content on LED screens, its Tessera feature set is something that Lyle and the team have found invaluable whilst working on the show.

“Arguably, the most beneficial feature of the Tessera processor is the continuity of color between LED products,” concludes Lyle. “We are constantly working against tight deadlines, so it’s incredibly helpful to have faith that the color reproduction and image quality will remain constant as we move from preproduction to the final performance. This is true again should we be fortunate enough to recreate this work in another country. We can have confidence that by using high-quality equipment such as disguise, ROE Visual and Brompton Technology processing, the work undertaken in London will be accurately recreated elsewhere.”