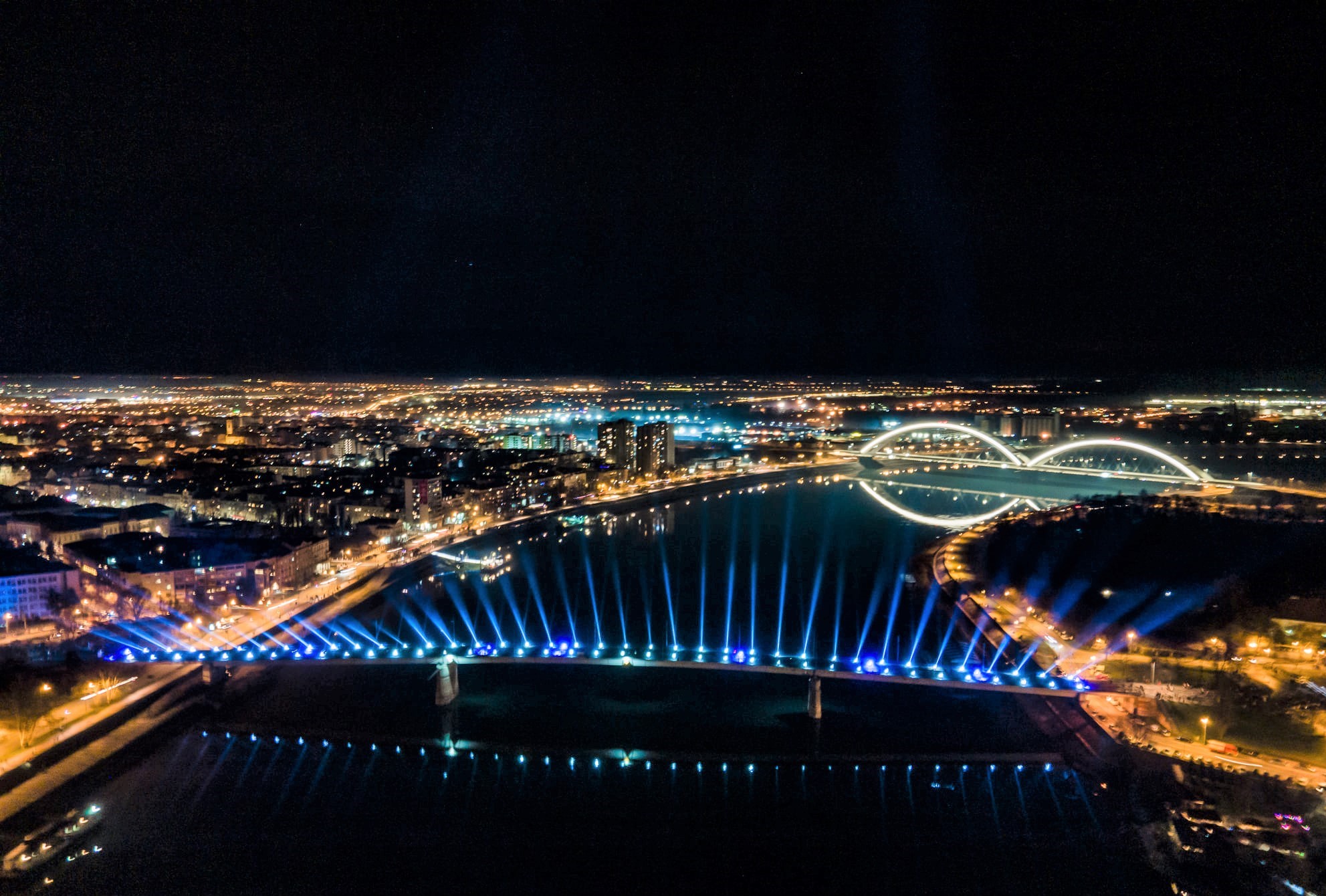 It isn’t surprising that a city on the Danube should mark the occasion of being named one of three European Capitals of Culture for 2022 with a “New Bridges” campaign. The name comes not only from the many majestic spans that cross the river at Novi Sad, Serbia, but also for the region’s role in bridging different cultures and eras of history.

This theme was everywhere to be seen in the city in the first half of January during Doček, a celebration marking two New Year’s celebrations: (January 1 by the Gregorian calendar and January 13 by the orthodox Julian calendar) in addition to the European Capital of Culture honor. 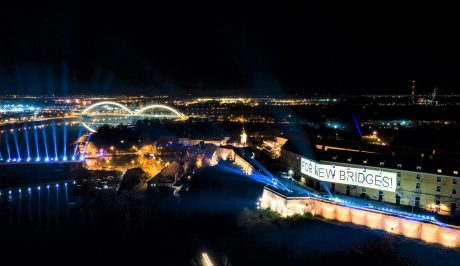 Helping to set the stage for the month-long festivities has been a series of lightshows and displays from Chameleon Rental that feature over 175 CHAUVET Professional fixtures from the company’s own inventory.

Lighting seven different sites throughout Novi Sad, Chameleon created glowing looks that reflected the spirit of a city that claims Nikola Tesla as an honorary son. Brilliant aerial beams illuminated the sky over the Danube from the Rainbow Bridge; and an intense fast-moving lightshow animated rock concerts in the town center, while washes provide evocative color for the National Serbian Theatre’s production of Tesla Inventartist. Also transformed by light was the historic Petrovaradin Fortress (begun in 1692), including its famous Belgrade Gate.

“This was a very wide-ranging project that required a great deal of coordination and teamwork,” said Dragan Rajčin from Chameleon Rental. “It involved months of preparation, and five days of installation.  Our fixtures had to be dependable to handle the outdoor setting of many of the events, and they had to be versatile to help us achieve the wide range of looks we needed to create.” 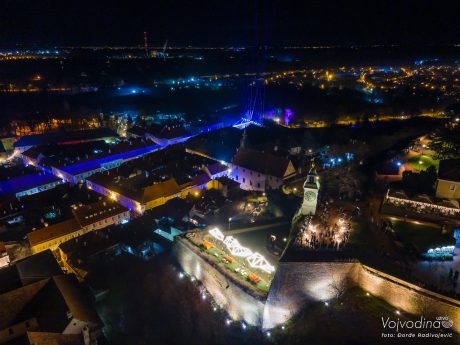 Providing the dramatic aerials from the Rainbow Bride were 50 Rogue R2X Beam fixtures. The fixture’s tight (one-degree) beam angle and the high output from its 231W Osram Sirius lamp ensured that the lighting display from the bridge would be seen for miles. While the fixtures on the bridge attracted attention from afar, the 20 Maverick MK2 Washes and eight STRIKE 4 units at the theatre provided intimacy and impact for those watching the Tesla drama.

Also moving audiences were the 16 Maverick MK2 Wash, 20 Rouge R3X Beam, and 20 Rogue R1X Beam fixtures on the concert stage. Drawing on the color rendering and performance features of these units, the design team was able to reflect the diversity of music and personalities reflected in the concerts.

The historic Belgrade Gate at the fortress radiated a sense of community and history during Doček, as its exquisite architectural features were accented from multiple angles and in a variety of colors by 16 Maverick MK2 Washes, 16 Maverick MK1 Spot fixtures, and 12 Rogue R1X Spot units.

As visitors to this historic city during Doček agreed, it was impossible not to get swept up in the excitement of this important moment in Novi Sad’s long history. If the start of the new year (or years) is any indication, the city should wear the title of European Capital of Culture very, very well in 2022. 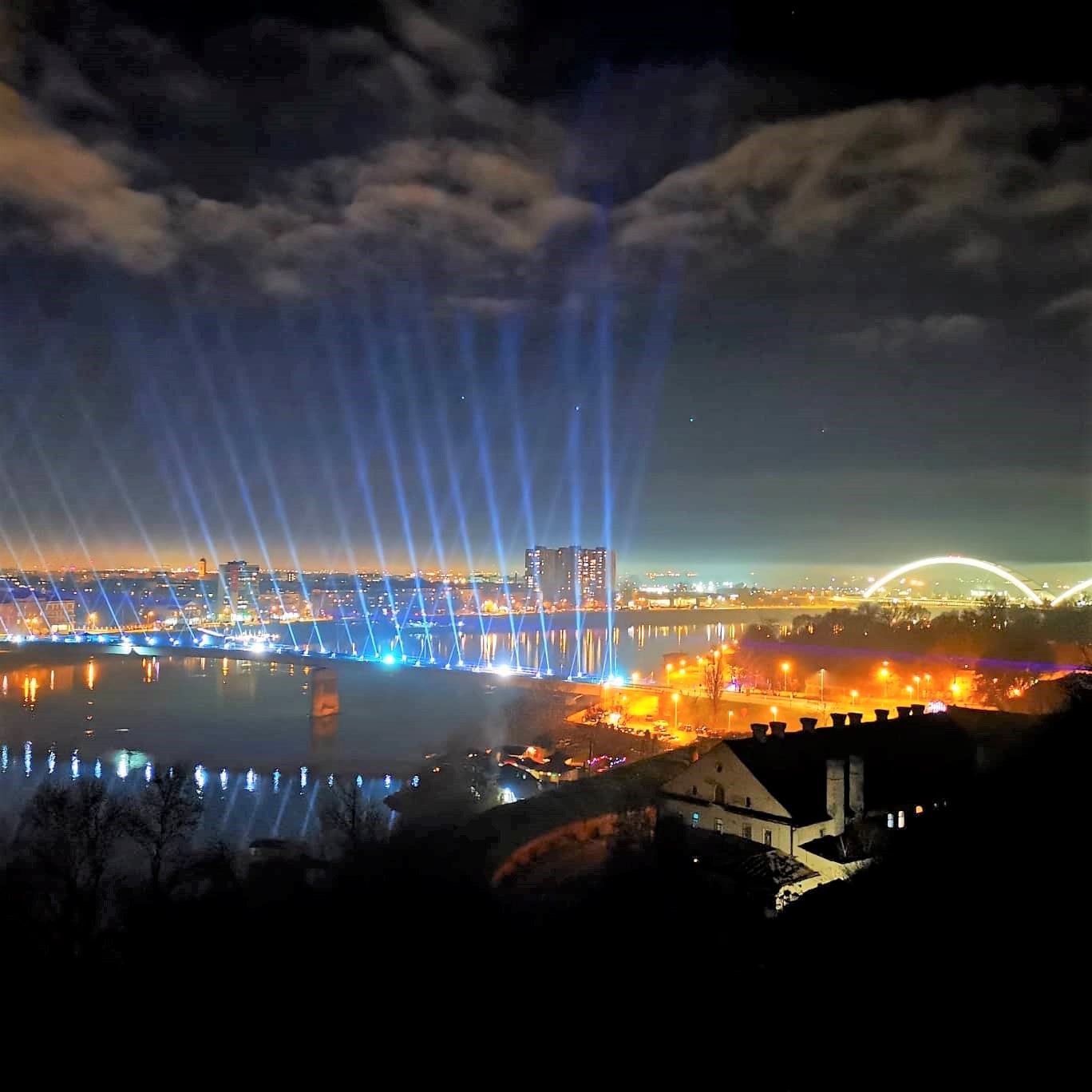