DERRY, NH – Soon after the COVID-19 lockdown went into effect, Events United owner Tim Messina and his team began transforming Studio Lab (their shared space production facility) into a livestream studio to produce events. They weren’t exactly sure where this effort would take them; they just wanted to keep busy and find a way to continue paying their team. 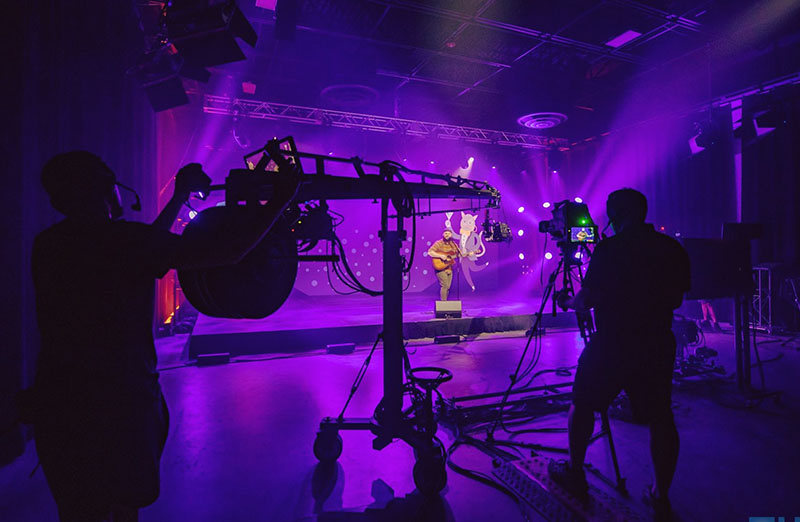 Turns out they did much more than that. In the weeks following the initial lockdown, Studio Lab has gone on to fill a variety of important roles in the community, including that of a fundraising tool. A variety of charitable groups have raised much-needed money during the pandemic by holding online benefit auctions at the Studio Lab facility.

The latest of these is the Humane Society for Greater Nashua, which raised $105,000 in June through an auction livestreamed and produced by the Events United team at Studio Lab. Running slightly over one hour on Facebook and YouTube, the program featured musical entertainment and appearances by adoptable animals in addition to the auction.

Pulling the diverse elements of the program together and providing camera-friendly visuals was a collection of CHAUVET Professional Maverick, COLORado and STRIKE fixtures as well as 60 F2 Video panels.

“We have done a few of these virtual auctions now, and it’s been an amazing experience, getting to work with these organizations and seeing the things they do,” said Jon Martell, Production Design Manager at Events United, who worked closely with Event Producer Donald Van Slyke and Lighting Designer Ryan Lane on the show. “It’s also been a learning experience doing these events. We have to ensure that we convey the charity’s branding message and at the same time keep the show engaging for livestream viewers so they watch longer, which makes the fundraising more successful.”

Using the video wall as an engagement tool was key to helping the design team meet this goal. The three-panel high by 20-panel wide wall, which was built on a F-Series ground support system, occupied a prominent upstage space along the middle of the 32’ wide by 20’ deep stage.

“The video wall adds a dynamic element to the stage design,” said Martell. “This is especially true when you are doing a fundraiser and you use the wall to show updates on the amount of money pledged. It gives people a sense of moving toward a goal. We also used the wall to share other information and for branding the charity. It’s really easy for people to take in a wall visually, even when they’re looking at the auction on a small screen.”

Dramatic changes in lighting, whether it was blasts from the four STRIKE 4 units in the rig, or color shifts from the six COLORado Solo Batten and six COLORado Cyc fixtures, also played a role in conveying emotion and excitement during the show.

“The Humane Society had chosen to brand their event with a graphic that included a lot of subtle purple colors,” said Martell. “One of our goals when working with clients is to tailor the event to them and match the look and feel to their vision. The color rendering capabilities of our lighting and video equipment allowed us create immersive environments that wowed viewers while also keeping a consistent theme at the event, from the very first invitation to the final ‘thankyous’ at the end.”

Also adding color and depth to the stage were the rig’s 24 Maverick MK2 Spot fixtures. Positioned 10 upstage, 10 midstage, and four downstage, the 440W moving LED fixtures were used to create specials at pivotal moments, highlight different areas of the stage for presentations. They were also relied on to create a sense of depth with patterns from their two rotating gobo wheels. 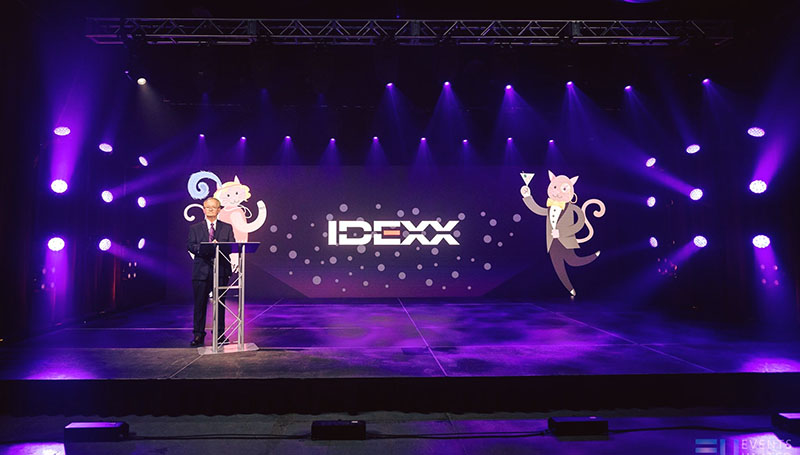 “When you are lighting a livestream production on a relatively small stage that is going to be viewed on a relatively small screen, it’s essential that you create meaningful textures to keep things from looking flat,” said Martell. “Utilizing the extensive selection of gobos available in the Mk2 spots alongside the built-in prism and effects wheel gave us a lot of options as far as different textures were concerned. Using the focus feature, we were then able to soften up these textures, creating a subtle look on stage.

“The depth of our design, along with the work of our audio engineer Chase Clark, and graphics operator Benjamin Davis, plus camera ops Dustin Davis, Martin Lyons, and Kevin Smith made this a success,” continued Martell. “I think everyone was happy with the results.”

Happy? Doug Barry, President and CEO of the Humane Society for Greater Nashua, called Events United’s production of the auction “the best event I have experienced in all of my years in non-profit management.”

Most importantly, the group that cares for 2,500 animals annually was able to keep its fundraising going stronger than ever, despite the pandemic, with help from the Events United at Studio Lab – not a bad accomplishment for a team that just wanted to “stay busy” during the lockdown.