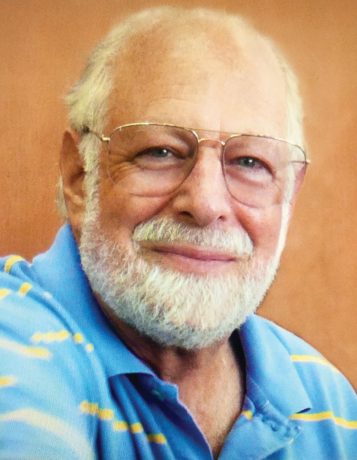 Lighting Designer Gil Wechsler died on July 9, 2021, at the age of 79 in Warrington, PA. While he came up through theater, Wechsler is best known as the first resident lighting designer for NY’s Metropolitan Opera where he made his debut in 1976. Over his 20 years with the opera company, he lit 112 productions, 74 of which were new stagings. We at Stage Directions send our sincere condolences to his husband Doug Sardo, his family, friends, and colleagues.

Gilbert Wechsler was born on Feb. 5, 1942, in Brooklyn and became fascinated with theater at summer camp. He would go on to earn a BS in Theater from NYU in 1964 and he received an MFA degree in 1967 from the Yale School of Drama.

Directly after graduating from Yale, Wechsler toured the US and Europe as the lighting designer for the Harkness Ballet. He would then move on to working for Jo Mielziner as an assistant, and in 1968 he received his first Broadway credit, as lighting designer for the play Staircase. His only other Broadway credit as a designer would be for 1972s for There’s One in Every Marriage, which was a transfer from the Stratford Festival in Ontario, Canada. In the 1970s, Wechsler started a long association with the Stratford Festival where some of his credits included The School for Scandal, Cymbeline, Much Ado About Nothing, The Duchess of Malfi, Volpone, King Lear, As You Like It, She Stoops to Conquer, Lorenzaccio, Love’s Labor’s Lost, Hamlet, and Macbeth. He also designed for The Lyric Opera in Chicago, The Chatelet Theatre in Paris, The Teatro Colon in Buenos Aires, The Guthrie Theater, as well as other regional theaters and Off-Broadway. 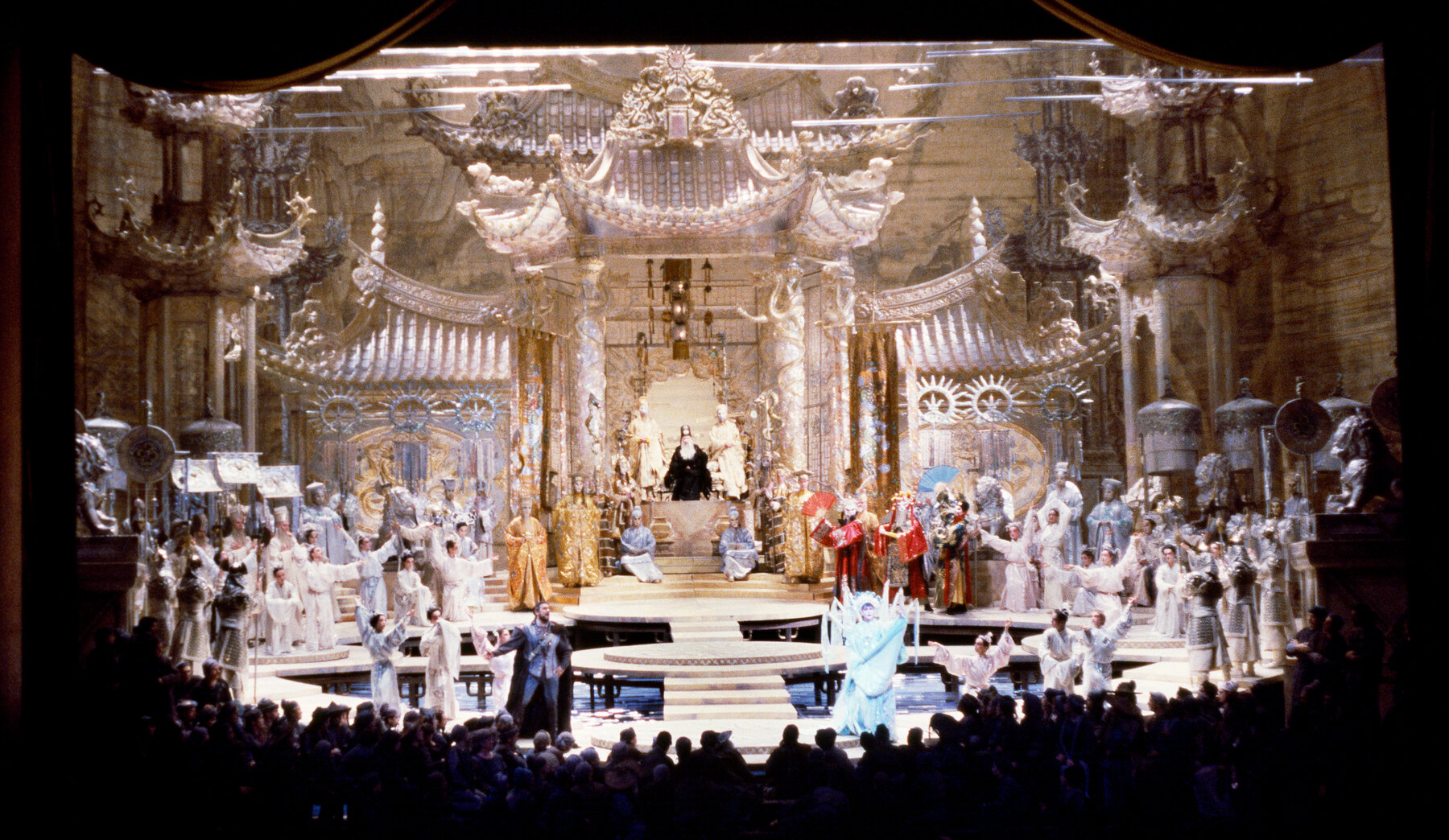 Turandot from The Met’s 1987-88 season, with lighting design by Mr. Wechsler and directed by Franco Zeffirelli. Credit: Metropolitan Opera

Wechsler was brought into the Metropolitan Opera to modernize the lighting in 1976, in fact in 1979 he oversaw the installation of The Met’s first computerized lighting control. From the NY Times’ obituary: “Joseph Volpe, a former general manager at the Met, said that Mr. Wechsler was an important part of an effort instituted by John Dexter, the Met’s director of productions from 1975 to 1981, to modernize the look of the company’s productions. Previously, lighting had usually been handled by the head electrician, and the approach was simply to illuminate the whole stage. Mr. Wechsler brought nuance and visual effects into play, including by using light to make a soloist stand out and the chorus fade into shadow. “The company had a nickname for Gil: Prince of Darkness,” Mr. Volpe said in a phone interview, “because Gil of course understood that it’s important that you don’t flood the whole stage with light.””

In a 1978 article in the NY Times, Wechsler was interviewed about lighting at The Met in an article by Allan Kozinn, Shedding New Light on Operas at the Metropolitan:
“An average Met performance makes use of most of the house’s 300 lights positioned in the ceiling, on the four lighting bridges that hang high above the stage, in the proscenium, and on the towers on either side of the stage. A crew of 32 operators, and sometimes more, is required to keep the lighting end of the production flowing smoothly, and as far as Mr. Wechsler is concerned, those technicians are not only performers, but are as important to the production as the opera stars they help to illuminate.

“The basic idea,” he says, “is that the performing arts are co‐operative enterprises. A single person’s contribution should not make or break a show, whether it’s legitimate theater, ballet, or opera. That’s why I have found productions such as Dialogues of the Carmelites and PeIleas et Melisande so rewarding—because they are the product of interactions. One of the wonderful things about working in a company like this is that you develop a working relationship with the directors, the chorus, the orchestra, and the stagehands. You get to know how they think and feel, their responsibilities and their needs. If a director tells me, ‘I want this scene to look hard,’ I know what he means. And if I tell the operators that I want a particular effect, it happens. I don’t have to tell them which levers to pull.” 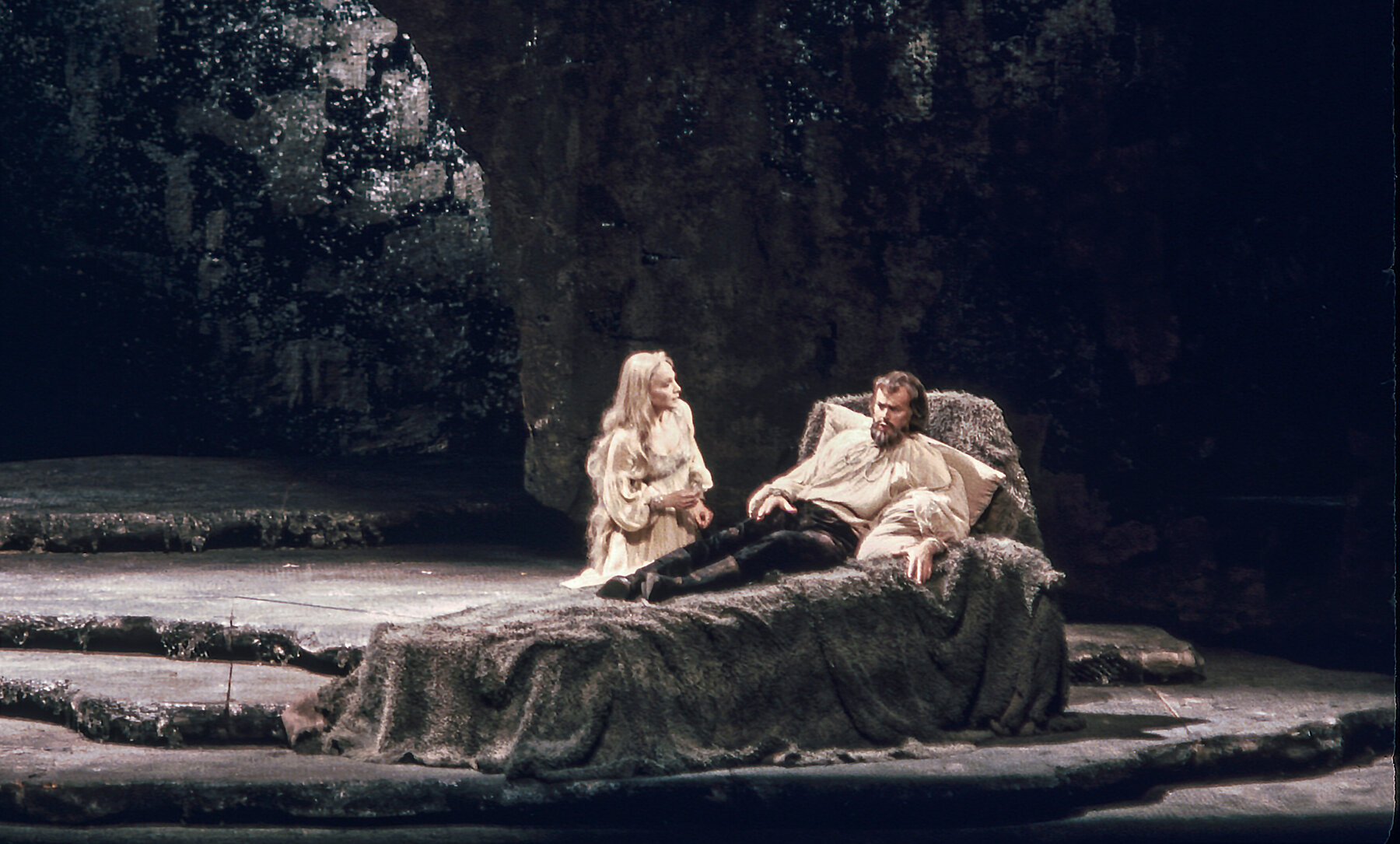 The Metropolitan Opera released this statement on Wechsler’s passing: “The Metropolitan Opera mourns the death of Gil Wechsler, the first resident lighting designer in the company’s history. From 1977 to 1996, Gil designed the lighting for 112 Met productions of which 74 were new stagings. His artistry and professionalism were critical factors in the transformation of stagecraft that began with the Met’s move to Lincoln Center and continued evolving for several decades. We extend heartfelt condolences to his husband, Doug, and to all his family and friends.” – Peter Gelb, General Manager and Yannick Nezet-Seguin, Music Director

Wechsler is survived by his husband Doug Sardo of Upper Black Eddy, PA and a brother Norman Wechsler of Pocatello, ID. Services will be held privately.