Here’s the video replay for USITT and NO MORE 10 Out Of 12’s webinar discussing the impact of 10/12 rehearsal days in smaller theaters and covered the issues that small theatres face in terms of long technical rehearsals. This panel featured five leaders of small theaters who can talk specifics about how and why they made the commitment to NO MORE 10 Out Of 12’s. In case you missed it, or would like to rewatch it, here is the video of that session:

Here are the moderators and panelists for this webinar on No More 10 out of 12s in Small Theaters.

Kirsten Fitzgerald (Moderator) is a Chicago-based actor and the Artistic Director at A Red Orchid Theatre. She has worked on Chicago stages of all sizes including A Red Orchid, Goodman, Steppenwolf, Victory Gardens, Prop, Remy Bumppo, Shattered Globe, and the much-missed Defiant among others. Television credits include The Exorcist (FOX), Sirens (USA), Chicago Med, Fire & Justice (NBC), Underemployed (FOX), and ER (NBC). Films: Widows (Steve McQueen) and Working Man (Robert Jury). As Artistic Director & producer at A Red Orchid she has fostered world premiere productions by Brett Neveu (Traitor, Pilgrim’s Progress, The Opponent, Megacosm), Levi Holloway (Grey House, The Haven Place), and Craig Wright (Mistakes Were Made, The Iliad) alongside numerous regional premieres and reimaginings of rarely seen gems.

Ralph Peña Recent Off-Broadway directing credits include The Wong Kids, Microcrisis, Among The Dead, The Chinese Lady, and Felix Starro, and the short film Vancouver. His work has been seen on the stages of The Public Theater, Long Wharf Theater, Laguna Playhouse, Victory Gardens, LaMama ETC, The Children’s Theater Company, Vineyard Theater, among others. Ralph is Ma-Yi Theater Company’s Artistic Director and has been instrumental in establishing Ma-Yi Theater as the country’s leading incubator of new works by Asian American playwrights, reaping numerous Obie and Drama Desk Awards, a Lucille Lortel Award for Best Musical (KPOP), and the 2018 Ross Wetzsteon Obie Award.

Sarah Clare Corporandy (she/her) is a founding member and Co-Producing Artistic Director of Detroit Public Theatre. She has previously served in positions at Barrington Stage Company, New York Stage and Film, and Pig Iron Theatre Co. Along with her work at DPT, she also serves as Managing Director of Chautauqua Theatre Co. where she has been co-leader through two artistic leadership transitions. Sarah Clare has taught at the University of Kentucky, Wayne State University, and Savannah College of Art and Design.

Chris Banks (Production Manager) has been working in theater professionally since 1983. He joined Mosaic Theater Company in 2017 and has mounted 21 live productions before being shut down by the pandemic in March of 2020. He’s grateful for a lifetime doing what he loves and loves best the opportunity to open the door for the next generation of theater makers.

Maggie Fullilove-Nugent has been working as a production manager, designer, and technician with Chicago storefront theatres, for almost two decades. Before becoming the Production Manager at TimeLine Theatre in 2016, Maggie taught technical theatre at North Park University and helped create the theatre major, based on a Storefront Theatre Model. In 2017, Maggie became an organizer of the Chicago Green Theatre Alliance, a group of artists that encourages, educates, and motivates the performing arts community to adopt more environmentally friendly practices throughout the industry. Maggie is a member of the National Production Manager’s Forum and the Midwest Production Manager’s Forum. Recently, she helped form For The Group: A Chicago BIMPOC Theatre Network, which is a non-profit focused on uplifting the work of Theatre Practitioners from historically marginalized communities and promote better hiring practices and anti-racist education in the theatre industry. Maggie is focused on moving the Chicago Theatre Community towards safer, more sustainable, and equitable practices. 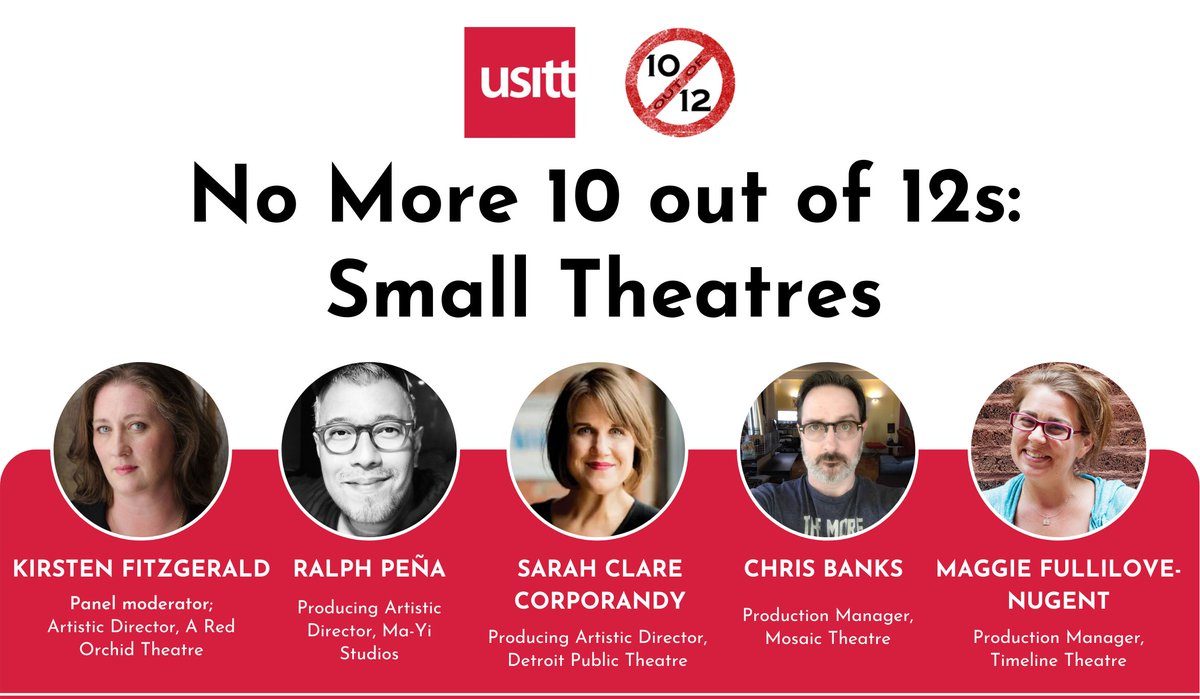