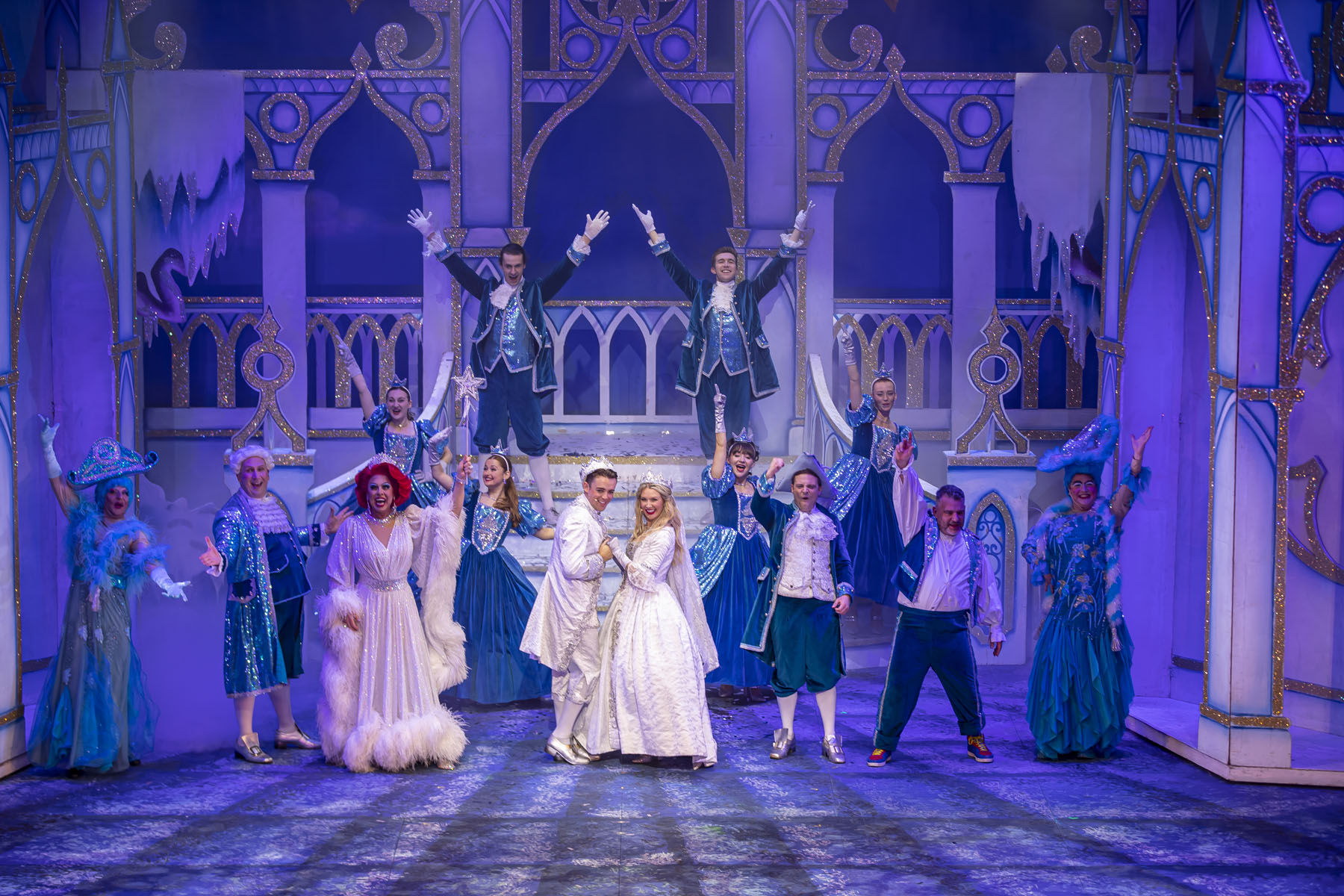 The UK panto season is back with a big bang after waiting in the wings during 2020 as the country squared up to Covid-19, reigniting all things panto like slapstick comedy, low-brow innuendo, gawdy sets, psychedelic vibrance, and total craziness for which it’s known and appreciated, with lighting designers around the country delighted to be back working on this peculiarly English—and highly expressive genre of performance.

None more than Lighting Designer Andy Webb, who chose an all-Robe LED moving light rig for UK Productions’ spectacular Cinderella staged at the Waterside Theatre in Aylesbury, Buckinghamshire. For Webb’s first time working in this theatre—following five successive panto seasons up to 2019 at Blackpool’s Theatre Roya—the lighting rig was specified so he could present a new televisual style of panto lighting, with lots of fabulous neutral skin tones juxtaposed against the vibrant colors demanded by panto narrative and style. He also took full advantage of having a larger stage and house to play in. 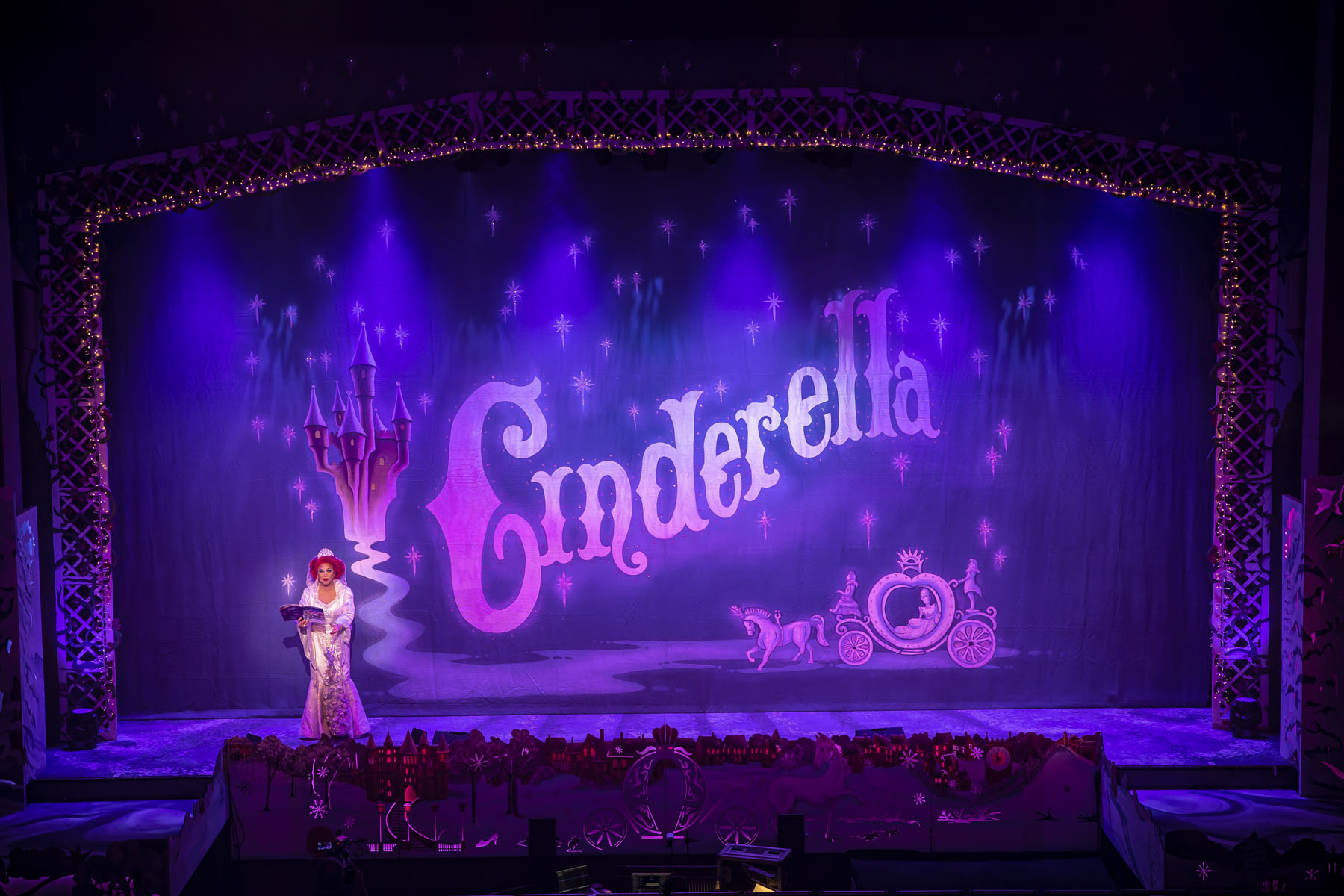 “Flexibility is always the key to lighting a panto as the real-time onstage programming and teching schedule is traditionally tight, and that’s why I wanted the Robe fixtures in there because I knew I could achieve the depth, detail, and levels of expectation of this production,” Webb explained. The show is directed by Chris Nelson, who is also playing one of the Ugly Sisters characters. 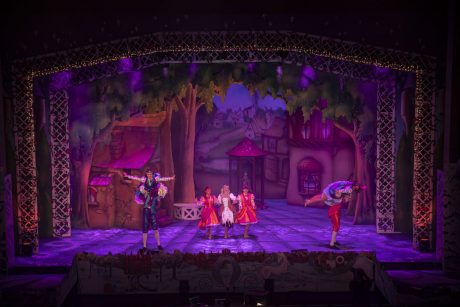 It is also the first panto Webb has lit with a full moving light rig over the stage, which made a massive difference to the layering and nuances that could be applied across all the stage looks in a short timeframe.

Webb and the crew had three programming days on site in the venue in which time they would only generally see each scene once, maybe only for 20 minutes, lighting the scenes as the cast was rehearsing them. “Basically, it’s like lighting the show live,” he explained, and for this to happen successfully he needed to have full confidence in both his initial instincts for what looks good and in what the rig is capable of achieving.

Another challenge is the sheer number of scenic flats and drops in any panto, required to keep up with the frenetic scene changes and pace of the action, so once all of that is installed, there is never a massive amount of room for lights. However, working with moving lights, these can be rotated and moved into another position to allow backdrops and set flats to drop into the gaps, and then be moved back into their lighting positions. 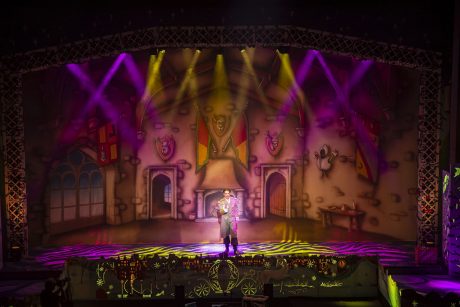 So, thinking laterally, using moving lights overhead can also hugely increase the options for set designers as opposed to using a generic rig. “I like the idea of being more creative—almost unintentionally—just by moving lights out of the way so scenery can drop in,” commented Webb, adding that this also makes things infinitely easier for the house crew who are tasked with running the show. In this case, it has been planned as 52 shows in four weeks.

On top of the basic spot/wash configuration, Webb added 16 LEDBeam 150s on the overhead rig, used primarily for the musical numbers, freeing up the Spiiders to produce the main beautifully rich color washes over the stage with the ESPRITES doing the keys, specials and floor texturing plus other effects applied via Webb’s unique programming style.

He was initially intending to use Robe T1 Profiles in this context, but when ESPRITES became available, jumped at the chance to use these with their power, punch, and CT ranges capable of producing “absolutely outstanding” skin tones. 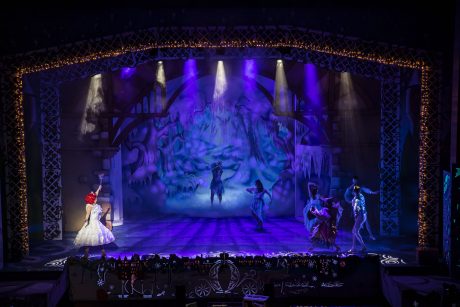 Rigged on LX4 were six CycFX8s and six ParFect 150s for covering the larger set pieces. These were coupled with the house Robe ColorSpot 700Es—still working after a decade in service—for rear gobo work. All the house luminaires, moving and static, were available to Webb, who naturally opted to utilize all of these plus the additional newer Robe fixtures which were supplied by rental company CEG.

Webb integrated the house FOH Robe DL4S Profiles into his light show for texturing and coloring the front cloths, together with two more ColorSpot 700E ATs and 20 x ParFect 100s which were all rigged on the side booms each side at the front truss position, plus two on the drop-down ladders either side of stage. Four ParFect 100s with 10% diffusion were located on the circle front bar and used for coloring of the front cloths with primaries, with a pair of LEDWash 300s up-lighting the proscenium arch.

“Having a rig with this versatility—being able to flip colors, positions, effects, etc., instantly at the touch of a button takes panto lighting into a different league and opens so many more possibilities,” enthused Webb, whose acclaimed festive production lighting designs have become increasingly automated over the years, with Robe always as his first choice of brand. 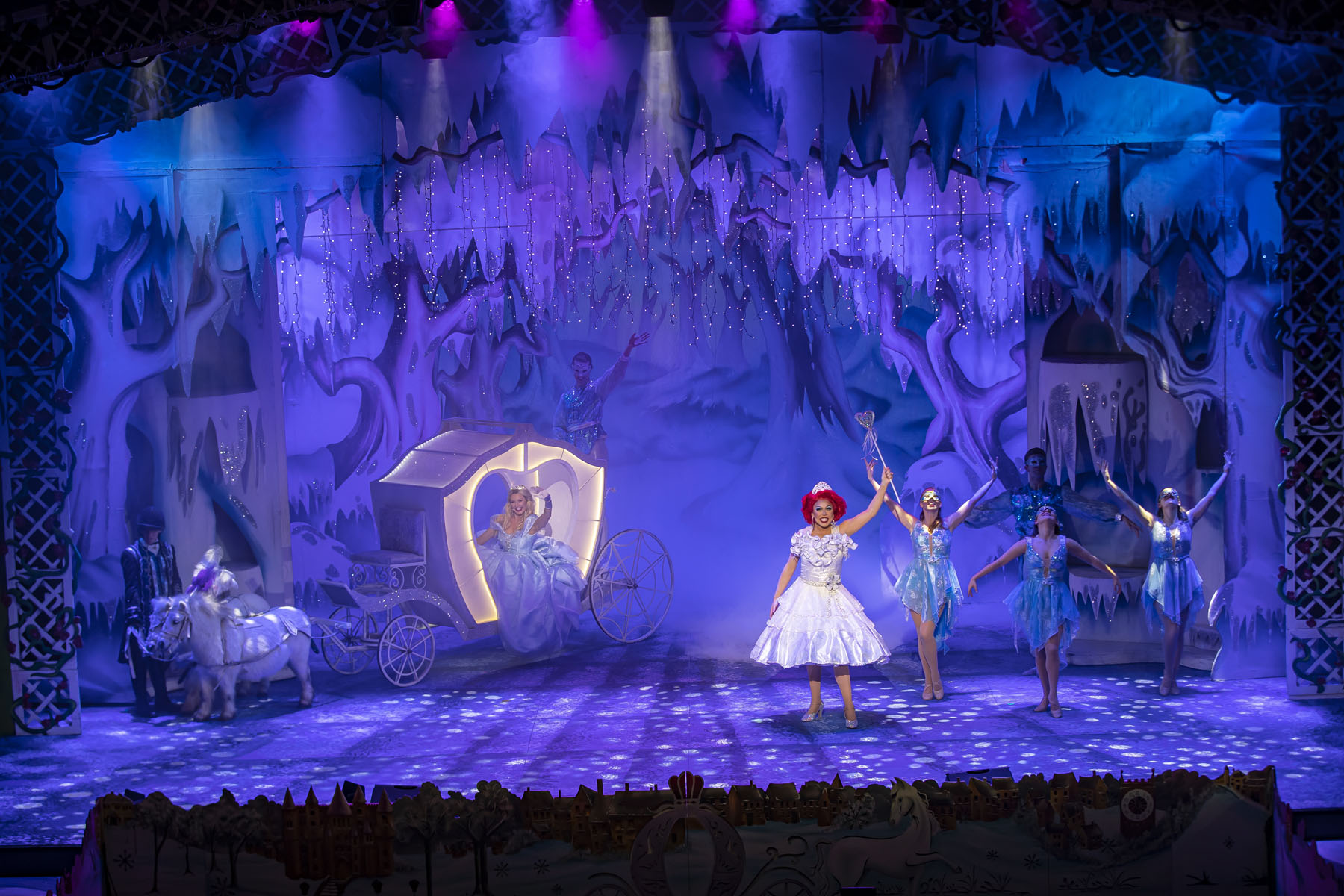 “Not only can I be fully adaptable in lighting the show, but it’s also the only way to block light a scene in 20 minutes,” although this process is—of course—followed by considerable finessing during long programming sessions stretching into the nights.

Webb did this himself using an Avolites Titan Touch II, with around 220 cues in the final show file, which was then handed over to house operator Josh Gallagher for the production run. “It’s a stressful three days, but the end results using this Robe moving light rig are very rewarding,” commented Webb as the glitter magic, drama, and fun of the show unfolded and started being appreciated by live audiences again. 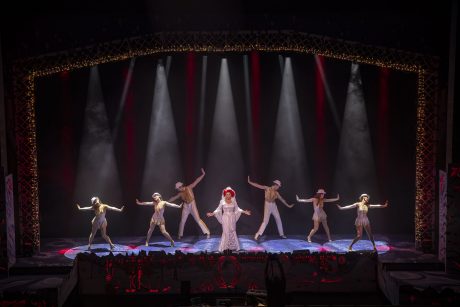 Being back in person in a theatre with a real cast, crew and creatives was in itself part of this years’ experience. “It’s a little surreal,” stated Webb, “On one hand it’s like nothing has changed, there’s just been a longer gap between the shows, but on the other, we all appreciate more than ever the opportunities to create a wonderful experience to be enjoyed by a diverse audience.”

Andy also talks up the “awesome” house technical team at Waterside Theatre who helped him make all of this possible, in particular Production Electrician Joe Bryant, together with Lou Stevens, Alex Ratcliffe, and Andrew Medhurst who “totally made me feel welcome and one of them—I have so enjoyed working here!”