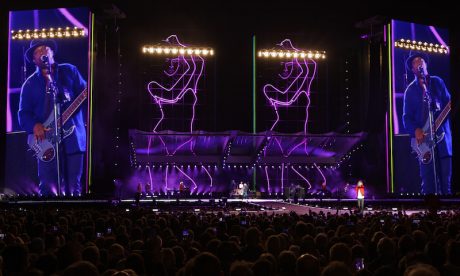 The Rolling Stones recently wrapped their ‘No Filter Tour,’ which began in Hamburg in September and concluded in Paris at the end of October. disguise supported the sleek visual design of the show with one 4x2pro and two 4x4pro media servers, provided by Solotech US, feeding four giant vertical LED walls backing the band with IMAG and dynamic video and graphics.