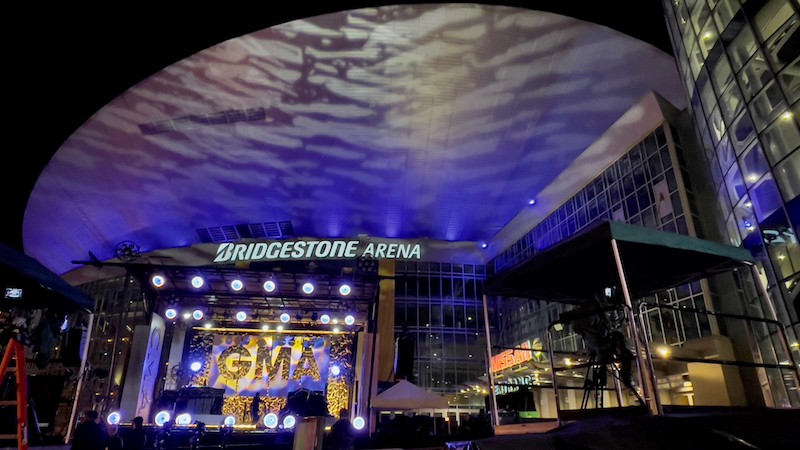 NASHVILLE – ABC’s Good Morning America started the day of the 55th Annual CMA Awards in downtown Nashville and commandeered Bridgestone Plaza with a lighting system from Bandit Lites. The show announced the award’s first winners in two categories, with Kelsea Ballerini and Kenny Chesney taking home trophies in two categories for “Half of my Hometown,” winning both CMA Musical Event of the Year and CMA Music Video of the Year. Old Dominion, the 2020 CMA Vocal Group of the Year, also performed “Hotel Key” and “All I Know About Girls” in a free concert.

Lighting designer Luke Carver used fixtures that would translate well on camera as well as provide a bold front light even in the face of early morning sunlight. Bandit Lites supplied more than 100 fixtures for the show, including Chauvet Rogue R2X Washes, Elation Proteus Maximus IP 65, Elation Seven Batten 42, Elation Seven Batten 72, GLP X4 Bar 20, Mega-Lite Circa Scoop LED, and Portman P1. “Our goal was to make the stage visually interesting on a very sunny set as well as make it look the best for camera,” he said. “Circa Scoops, Portmans, and R2X wash did the job perfectly.” 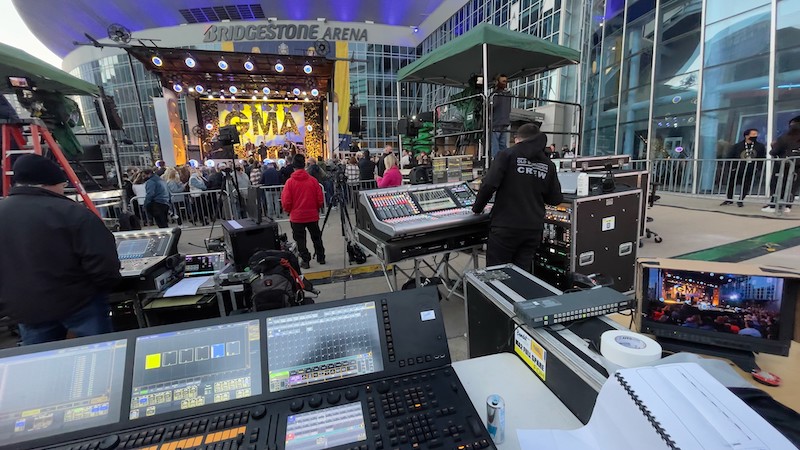 With years of experience navigating downtown Nashville load-ins, the Bandit Lites crew made the process seamless. “(Bandit Project Manager) Don Lockridge and (Vice President) Mike Golden made the experience great,” said Carver. “We had most of the rig done by lunch time. Katie Feltes, Ty Veneziano and Carter Fulghum did an outstanding job with the load in and working through different changes we had to make, and Aaron Swetland did a killer job as our programmer and Austin Hall and Jeff Atkins were great gaffers!” 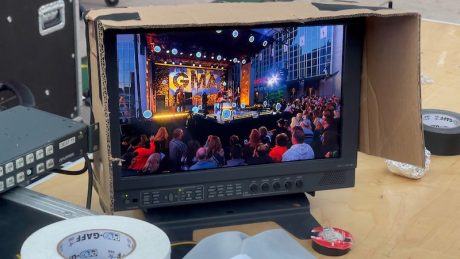 “It was an honor to work with Luke Carver on this job,” said Golden. “We have been involved with the GMA/CMA event for many years and always worked with Mark Carver, so this was very cool to see this transition. Luke was fantastic to work with and he adjusted to any variable that presented itself; he did a great job of leading us and the end product was very eye catching.”