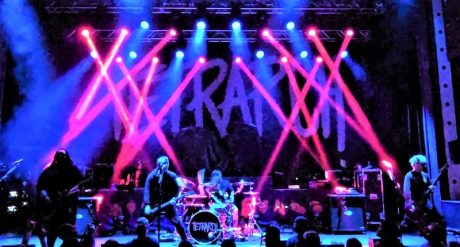 “Lighting should be fun, especially when you have the chance to keep up with outrageous intensity!” So says Ryan Pervola. He ought to know too, having lit acts like GWAR in addition to his work as the L2 for Ring of Honor Wrestling.

So, when Pervola got the chance to fill in for a friend to light the raw and red hot metal quartet Tetrarch, he jumped at the chance. Fresh off the release of their “Unstable” LP, the Los Angeles based quartet was part of the 29-date Baptize tour, supporting headliners Atreyu. Their regular LD, Killian “Redbeard” Holt had to complete another tour before he could join them and asked Pervola filled in for 11 shows.

“I was happy to light Tetrarch,” said Pervola. “They really give you a chance to stretch your wings as a LD. You get to turn up the intensity, which makes everything more fun. Their blend of 90’s nu-metal mixed with modern metal core and insanely melodic and catchy hooks make for some incredible music.”

Things got even better for Pervola, when the tour stopped at the Roxian, a historic 1,400-capacity vaudeville theatre turned into a rollicking live music hall outside Pittsburgh. There, in the cavernous venue, he was reunited two familiar friends: Chauvet Professional’s Maverick MK2 Wash and Rogue R3 Wash, which were part of the house rig. 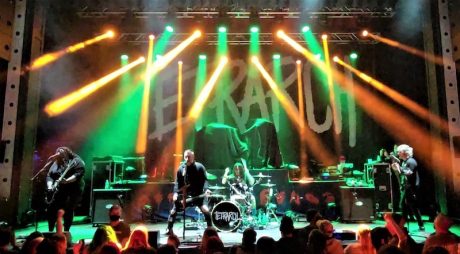 “I’ve used the Maverick and Rogue on many other gigs in the past,” he said. “I personally love both, since they’re super reliable and when used together have great color mixing and temperature consistency between them. When you get to a new venue and find fixtures like them waiting, it’s always very nice surprise.”

Pervola wasted no time in unleashing the full fury of his fixtures, which were flown on three rows of truss. Using them at high levels of intensity, he saturated the stage in bold colors, while also rattling eye balls by directing fast moving crossing patterns of light in every conceivable direction.

“Tetrarch loves to keep everything simple, but aggressive, which suits my style,” he said. “With most songs, I used just two colors each and had lots of strobes and chases. Throughout the show, I changed things up, using the Mavericks to create very aggressive shapes full of jagged, yet symmetrical, positions that accented the band’s aggressive and heavy sound. It really helped sell the looks of the set.

“I also used the Mavericks to create specials for Diamond (lead guitarist Diamond Rowe) when she ripped into one of her legendary solos,” continued Pervola. “This was the first time I ever used a wash fixture to work in effect as a beam, but the Mavericks had the zoom and intensity to make this happen.” 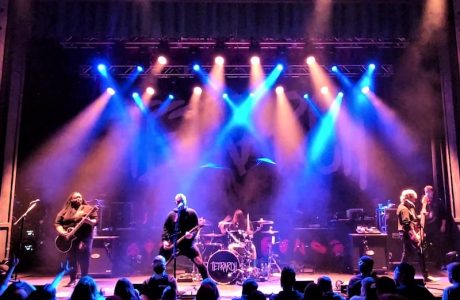 Meeting with Tetrarch, Pervola learned that they wanted to be lit fully throughout their shows. With this in mind, he constantly kept the front wash light from the Rogues completely on the band. Then he’d use a contrast color from the Mavericks to add an extra layer of character.

Although color dominated many of the show’s look, Pervola changed things up for the last song of the setlist, “Oddity.” For that tune, he called up a variety of whites, added some heavy strobing and pulses, then silhouetted the band during the heavy breakdowns. “That look was absolutely killer, my favorite,” he said. “It stole the show. The crowd would go crazy during that song.”

And taking it all in from his FOH position, Pervola was having a whole lot of fun.