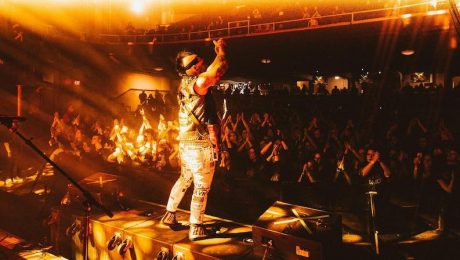 Busking through an Atreyu tour requires many skills and attributes. High on that list is “flexibility.” That’s understandable, given the band’s penchant for weaving a galactic mix of different musical influences into their metal-driven sound. Cody James has demonstrated such nimbleness in running light shows for the quintet, supporting them note for note as they rip their way through their unique, multifarious musical blend. His adaptiveness was on full display in Atreyu’s 29-city fall Baptize tour, which ended Dec. 16.

Not only did James keep pace with his client’s music, he also adapted his show to a wide range of stage configurations, as the tour wove its way through a diverse mix of venues, from the Palladium in Worcester, MA and the Majestic in Detroit, to the Skyway Theatre in Minneapolis and House of Blues in San Diego. Helping him accomplish this without a hiccup was his ChamSys MagicQ MQ80 console.

“Every single day there was a placement change for fixtures, or another challenge, like my FOH position being all the way house left by the bathrooms,” said James of JDI Productions. “It was an adventure every day and I enjoyed it very much. The MQ80 held up great in this aspect. It made it simple to deal with a variety of different house rigs. That was one of the brightest gold stars on its checklist for me.” 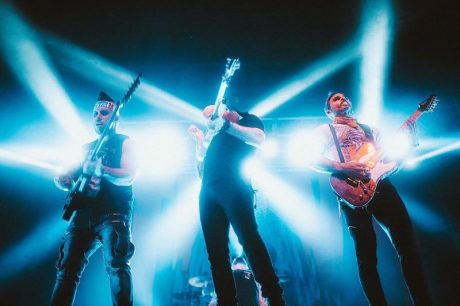 The Fixture Library and Cloning features of his MQ80 were invaluable to James on this tour, which was made in support of Atreyu’s eighth studio album. “Without a high quality fixture library, each day would have been a struggle,” he said. “On top of the mass amount of top brand names we had on the tour, and our JDI road package, there were also venues where the house rig was pretty much all generic stuff. That’s when you really appreciated the Fixture Library the people at ChamSys put together. It was a lifesaver on those days. ChamSys’ cloning feature is also amazing. Everything transfers super smoothly, so you can have things exactly as you wanted them from step one.”

Pushing every rig to its max, James reflected the full-blast intensity of Atreyu with stark color contrasts, fast-moving sweeps and aerials, sudden blinding effects and aggressive light angles. During some points in the show, he directed intense beams across the stage floor from upstage positions to backlight the artists at the legs. At other times, he had split beams shinning down directly on band members, who held their guitars up to the lights, creating an evocative, ritualistic aura.

“The MQ80’s FX engine along with the Executor buttons and windows were important in the way I approached this show,” said James. “Once you start taking the deep dive into the FX Engine you really start to discover how deeply you can get into editing every single tiny piece of your show. I personally love having that control. The Executor options also make life extremely simple and allow you to build a fairly in depth and useful busk show in no time at all.”

James’ show, in all its volatility reflect the vision that he and Atreyu’s lead singer Brandon Saller laid out for it prior to the tour. “Brandon and I sat down to go over some ideas and to discuss what he wanted to see,” said James, noting that they opted to rely heavily on angled lighting.

There were, he noted, only two points in his sharply defined show where he used gobos. Those patterns fell, he said “at the perfect moment each night,” exactly the sort of precision you’d expect from a gifted designer with the flexibility to adjust every busked show to his surroundings.