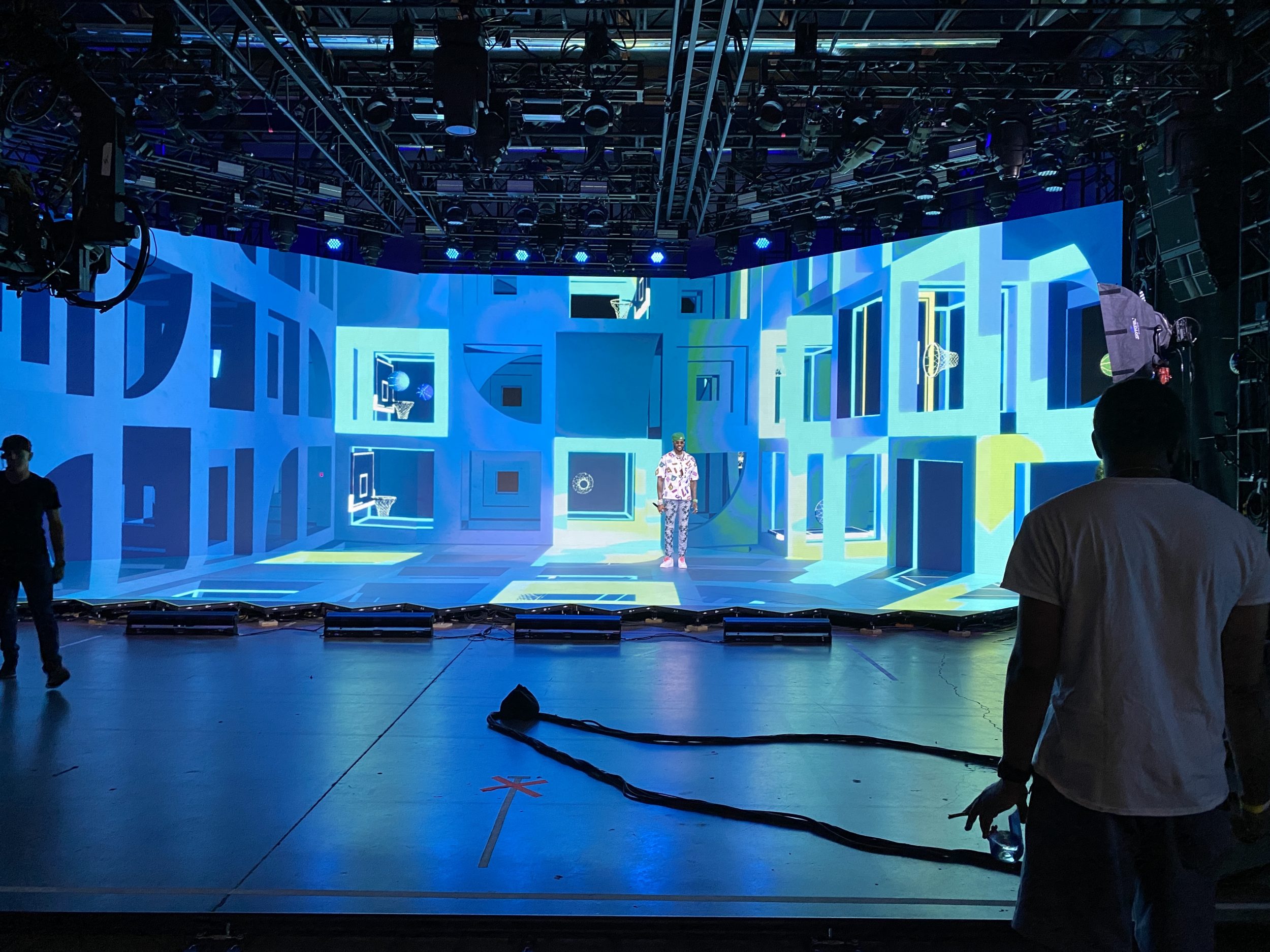 USA—xR specialists All of it Now (AOIN) used disguise gx2cs to immerse viewers of the NBA Conference Finals in an extended reality (xR) concert experience custom-designed to reflect the unique style of each of the four performing artists. 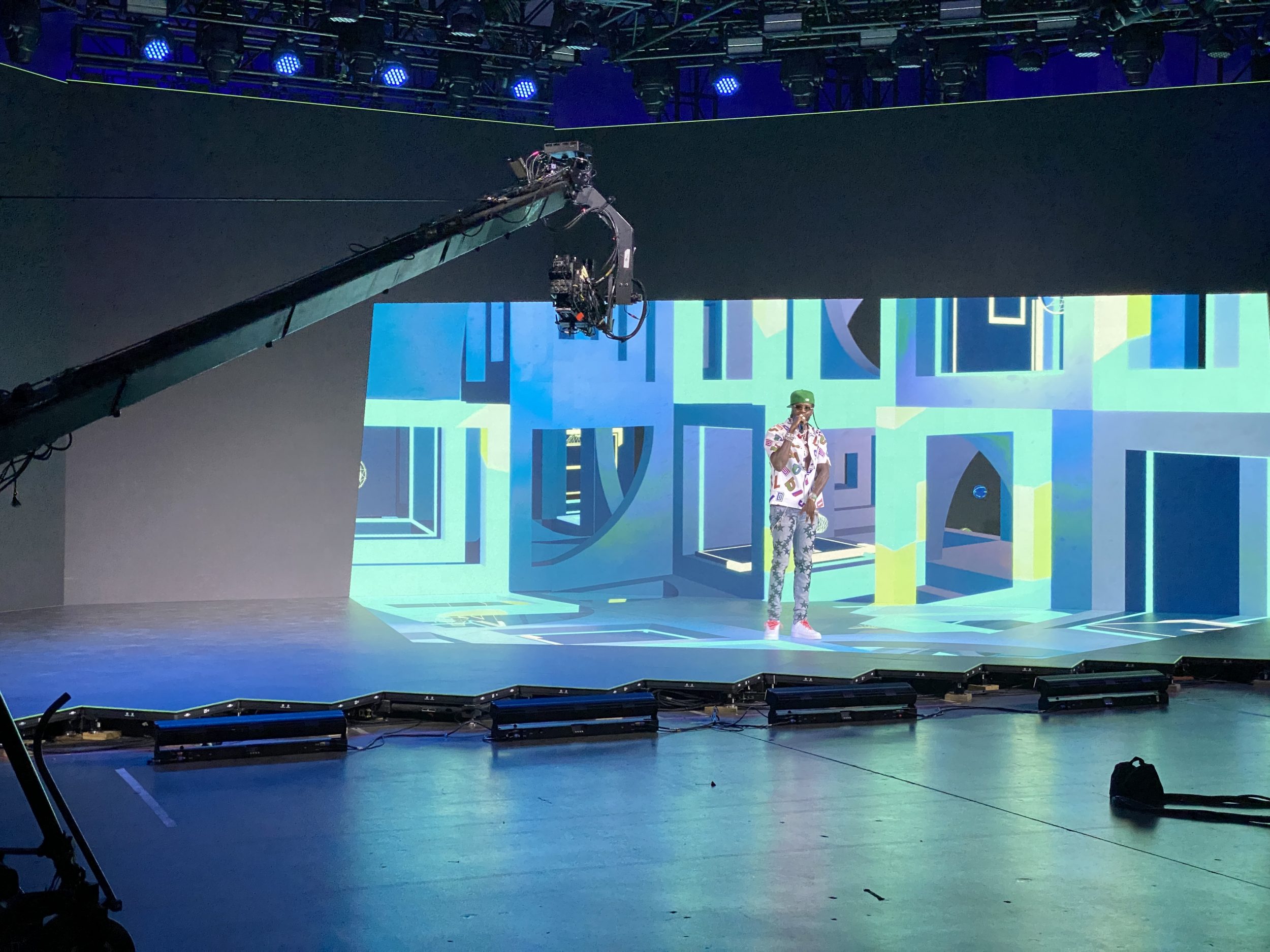 To bring this unique broadcast to life, AOIN teamed with sports marketing and talent management company Wasserman Media Group, xR stage and equipment provider PRG Production Studios, and Unreal Engine and Notch content specialists Flight School Studio. The concept was to create discrete environments for each artist that matched their aesthetics and performance styles. Interactive elements engaged with the artists and DMX components enabled the lighting to respond to different movements included in the performances. Each musical experience functioned much like an in-person show with an added virtual layer on top.

xR was the logical choice for the project, not only due to Covid-19 health concerns but also as a way to avoid the heavy cost and time involved in building out the unique physical environments for each artist—not to mention coordinating between busy schedules of each artist. 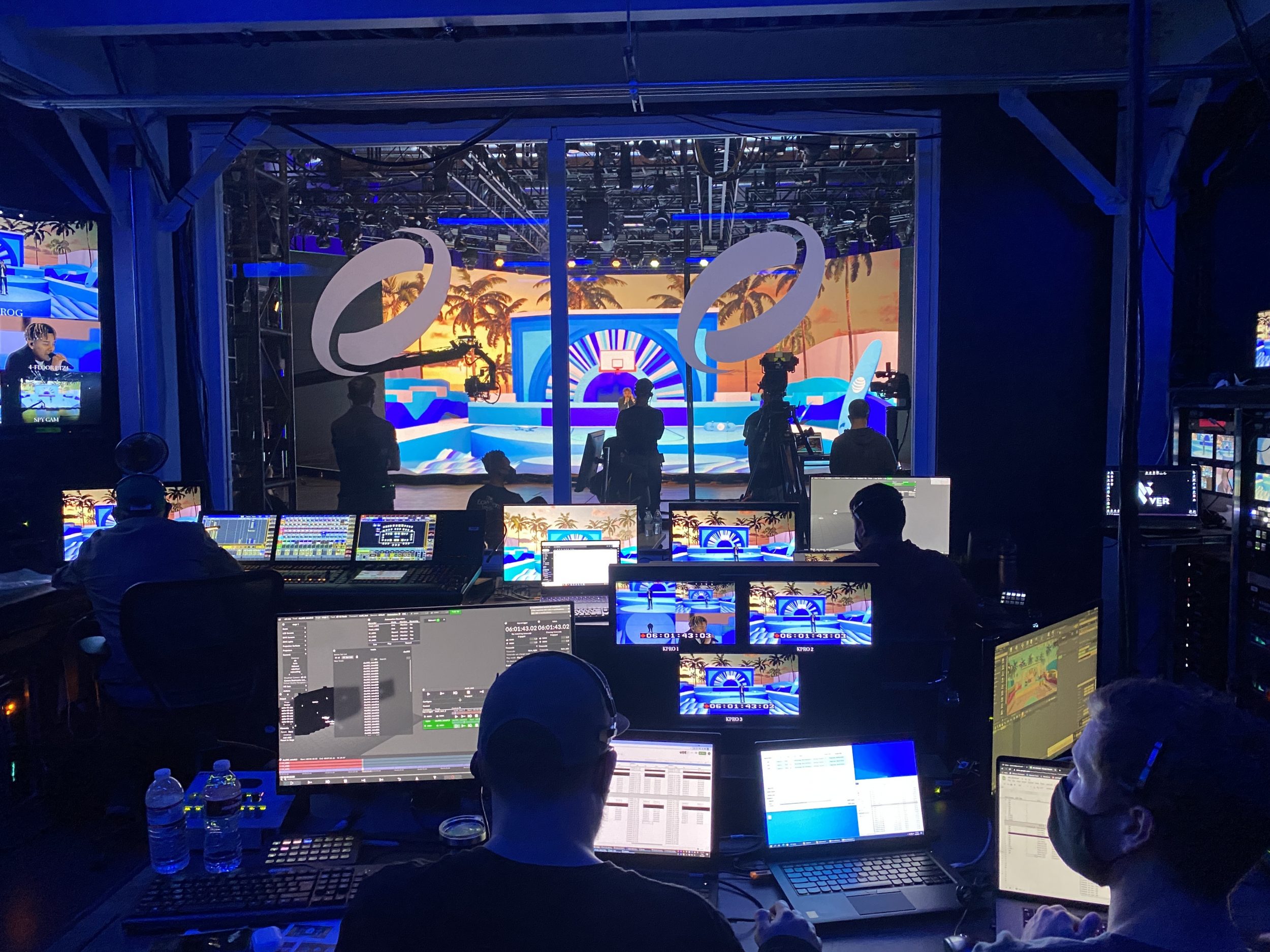 stYpe Follower was also deployed during the xR production to track the artist’s movements and change the xR content in response. This meant integrating tracking data in post. Raw stYpe camera tracking simply wouldn’t work so disguise developed a timecode recorder to allow real-time data to be sent from Follower to the media servers to facilitate xR calibration and recording with extra coefficients.

“The new timecode functionality is the best example of the unique capabilities that disguise can provide, while being able to integrate both Notch and Unreal into a xR project is another very unique thing that disguise allows us to do,” says Berto Mora, producer at AOIN. “I don’t think that there are many other platforms that could support both content streams as seamlessly as disguise did. That kind of support in creating a custom tool for a project or in developing an existing tool for a specific use case is a really good example of how disguise is a unique partner.”

A key new feature for AOIN was the exposed parameters feature included within disguise RenderStream, which helped them control interactive graphics and the system directly from the timeline. Additionally, the ability to expose positional properties to enable objects within the scene so they could switch maps from the project’s timeline in the disguise Designer software gave AOIN even more new control capabilities.

Everyone was very excited to work with xR technology and happy with the results, Mora reports. “For the artists to see that they can interact with the stages was really promising to them to the point where some said they would want to use this in their live shows—that’s pretty incredible!” he declares.

AOIN had worked with all the project partners before. According to Danny Firpo, xR Project Manager for AOIN. “We had that kind of trust and collaborative loop. Flight School understands content production as well as post-production pipelines—that’s incredibly valuable. And the Wasserman team knows when to be hands-on and when to be hands-off and to let their creative partners do what they do best, which is great. I think they are all pretty happy where we ended up.”

Firpo is a big believer in xR and has seen how far the technology has come: “Today, you now have people that don’t even know about xR and can get the documentation and figure it out. Whereas in the past, this kind of workflow was completely unchartered. So, I just think that overall, the technology has improved and it’s something we feel confident in and are offering it more and more to our clients.”