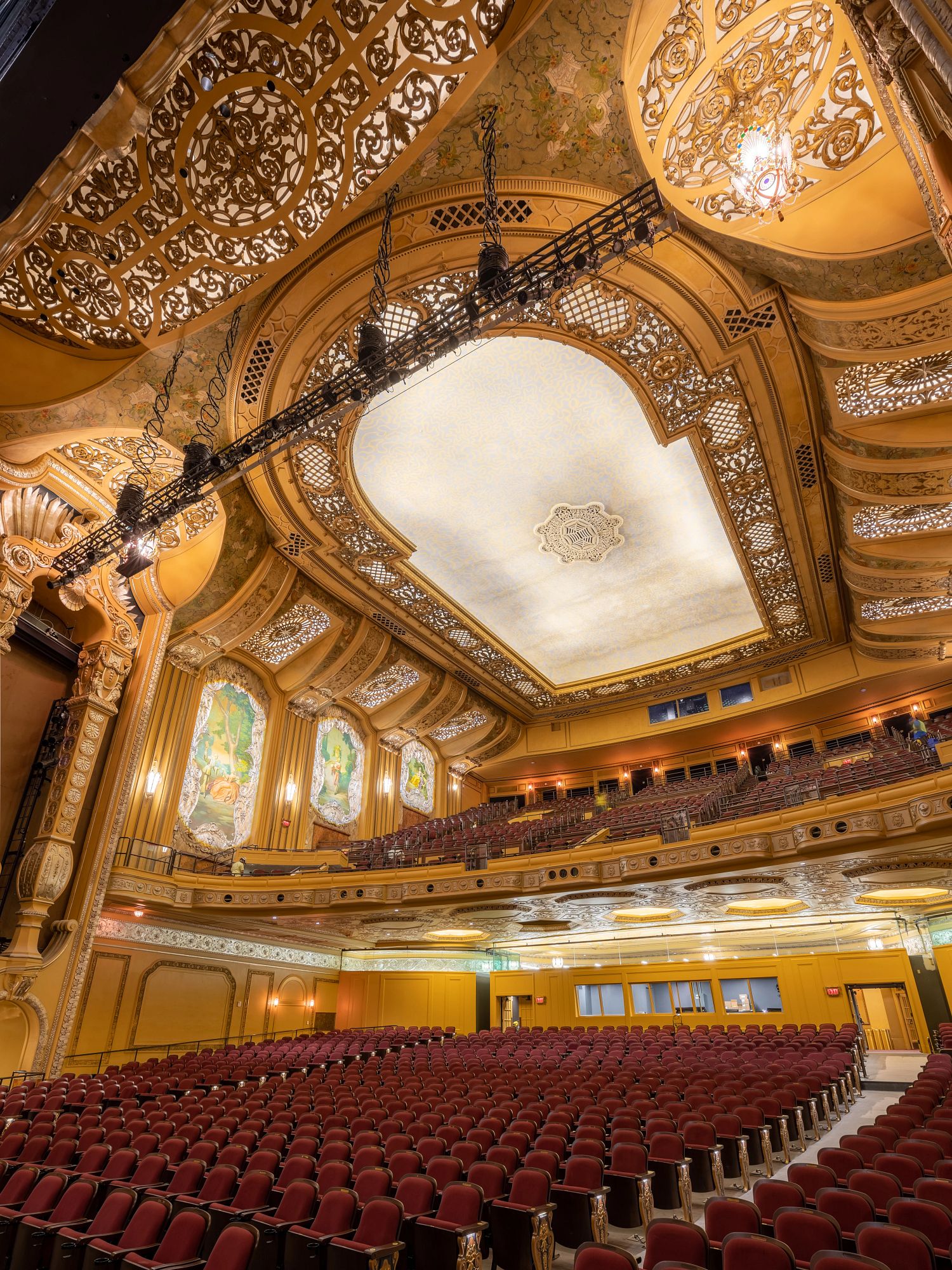 USA—The Milwaukee Symphony Orchestra (MSO) in Milwaukee, WI, needed an upgrade to its stage technology in the newly opened Bradley Symphony Center and Allen-Bradley Hall. The historic building dates back to 1931, when it opened as the Warner Theater. In 2021, Milwaukee Symphony moved in to the newly restored and renovated historic building and began to bring music to the community in new and innovative ways. 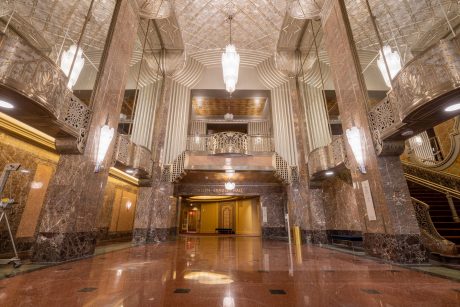 The historical significance of this building made the renovation anything but cookie-cutter. MSO signed on with consultant Fisher Dachs, ETC’s local rep, Enterprise Lighting, and Milwaukee area dealer, Mainstage, to design and implement a four-year project that was equally as complex as it is beautiful. So extensive was the renovation plan that MSO detached and moved the fully-intact back wall of the building toward the city street. Over a six hour time span, MSO’s construction partners: C.D. Smith Construction, International Chimney Corporation, and Expert House Movers moved the seven-story, 625-ton wall a total of 35’. The extra space now gives MSO patrons better sightlines to performances and enables the entire orchestra to fit on the stage.

As construction crews completed work on the outside of the building, renovation on the inside began. MSO upgraded the architectural lighting systems in the house and lobby with ETC’s ArcSystem Pro fixtures. They enhanced their theatrical lighting package with Desire D22 Studio HD and Tungsten fixtures, as well as Source Four LED Series 2 fixtures. Paradigm Central Control runs the building, the lighting desk is a 24,000 channel GIO console, and everything can be controlled wirelessly through ETCpad.

However, the most impressive part of the interior renovation is the integration between the new ETC emergency lighting package and the extensive automated ETC rigging system. While the renovation plan initially included motorized line shaft winches, ETC was able to provide a proposal that was more cost-effective, provided higher quality engineering, and, with the factory being only an hour’s drive away, offered superior installation collaboration and ongoing support services.

While most of the hoists used for the installation were standard ETC Prodigy P75 hoists, several custom solutions were incorporated as well, including cable management, third-party control for curtain machines, and custom hoists for the shell ceiling and shell ceiling tilt machines. 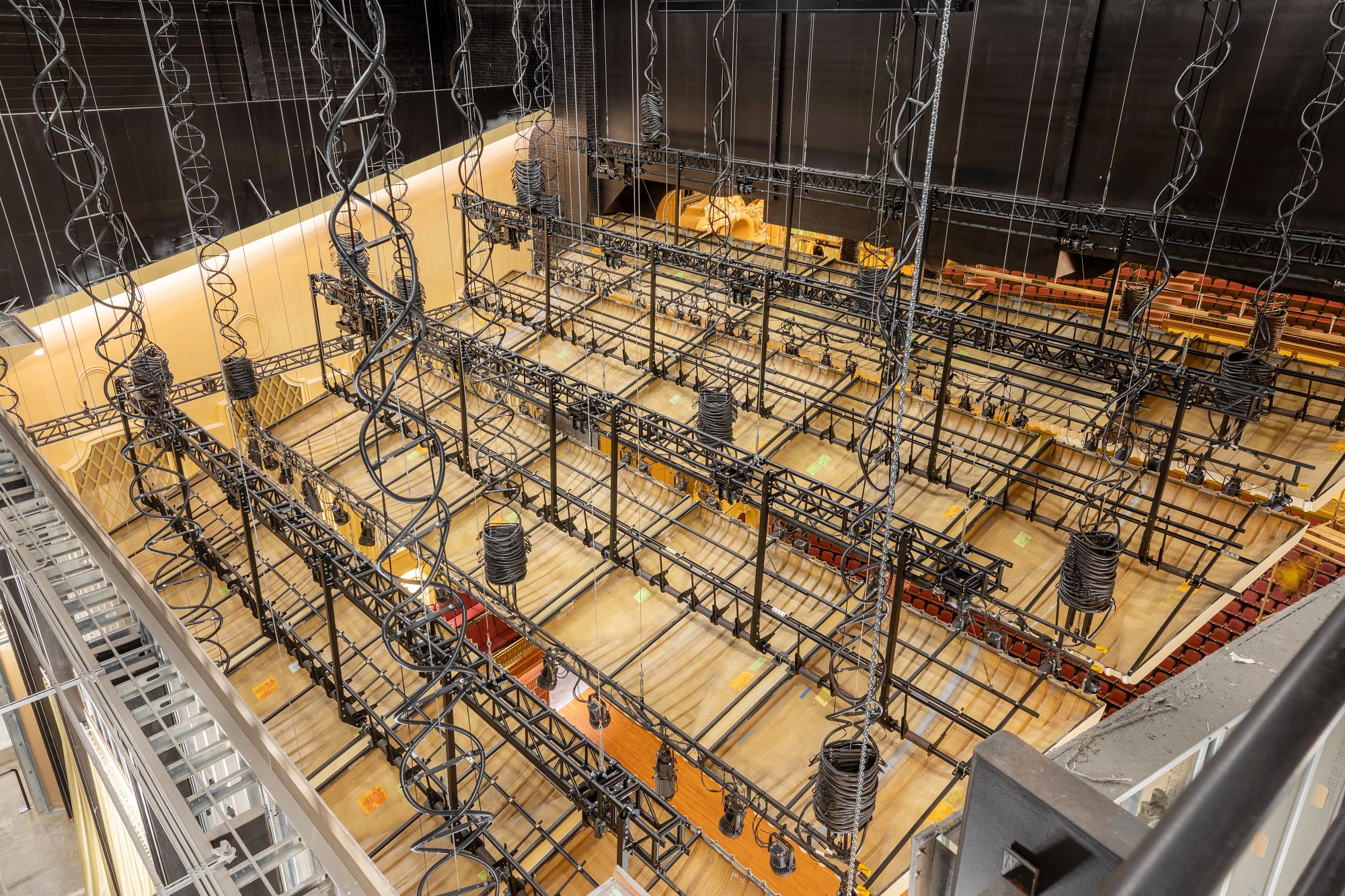 Because a portion of the fire sprinkler system in the building is installed over the stage, it was required that the orchestra shell ceiling panels have the option to be tilted into their storage position for the emergency system to function as intended. ETC’s rigging engineers designed an interface and mechanical release based on a common fire curtain release designed by engineers in ETC’s Victor, NY office. The interface includes integral battery backup, enabling the system to ride through power outages and brownouts without releasing the tilt mechanism unless called for by the fire alarm system.

“The building structure presented some tight constraints, but it was an amazing project and our team is proud to have been a part of it,” says Tripp Oliver, Mainstage (rigging/lighting installer)

Seventy full-time musicians perform over 100 concerts in various venues throughout Wisconsin each year as part of the Milwaukee Symphony Orchestra led by Music Director Ken-David Masur. They are known for their nationally syndicated radio series, the longest consecutive-running series of any U.S. Orchestra, which is heard by more than two million listeners annually. In recent years, MSO has gained national recognition as the first American orchestra to offer live recordings on iTunes.

The MSO’s standard of excellence extends beyond the concert hall and into the community, reaching more than 40,000 children and their families through its Arts in Community Education (ACE) program, Youth and Teen concerts, and Family Series. 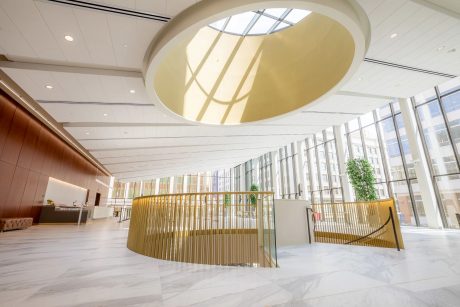 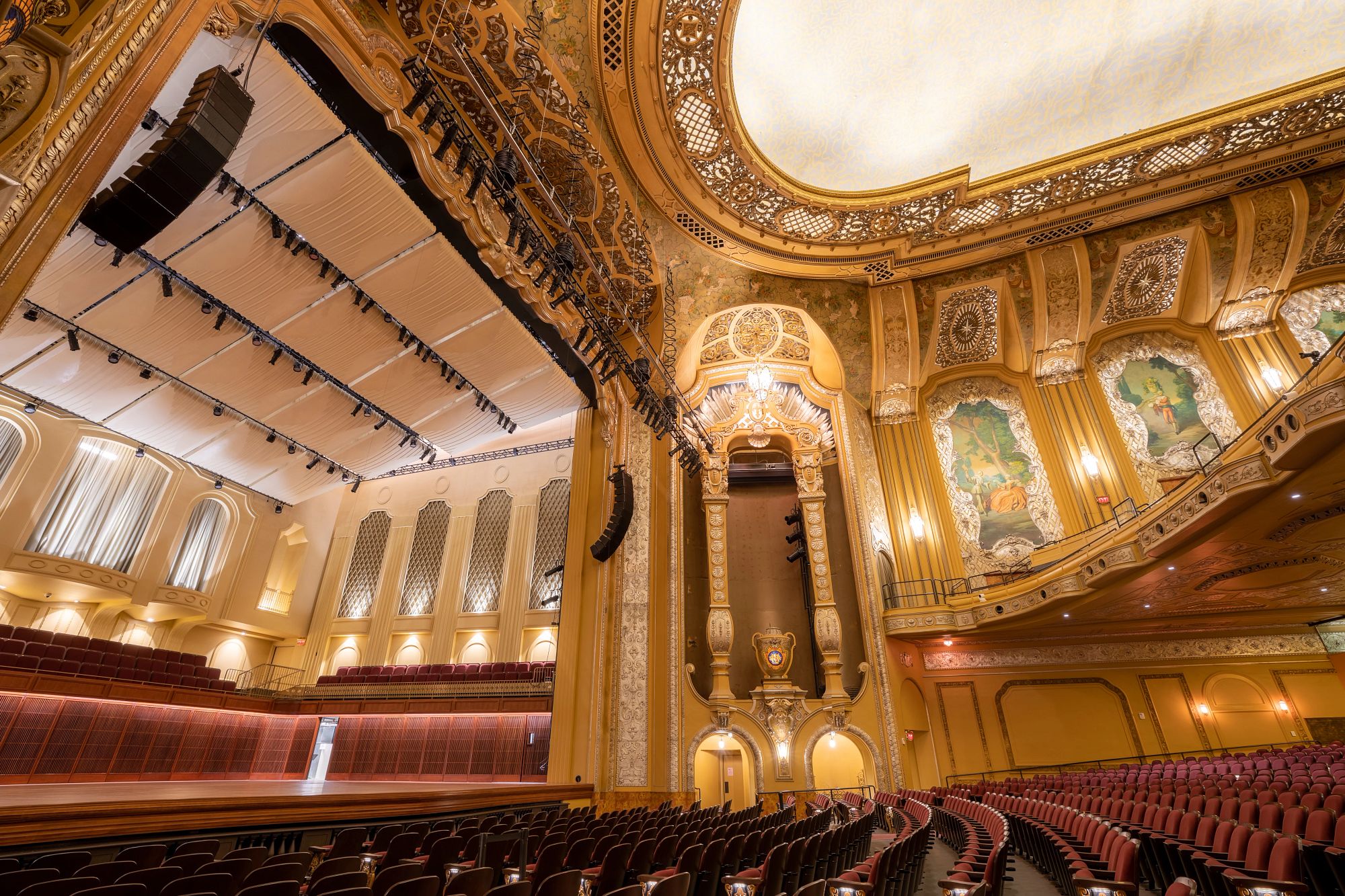