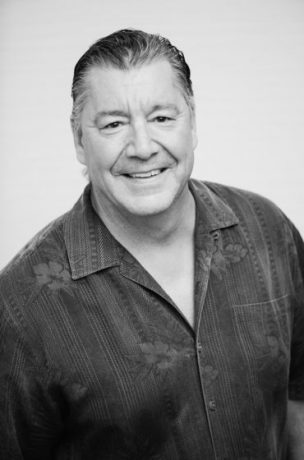 CANADA—PLSN has learned of the death of lighting salesperson, Bob Johnston, who died peacefully on December 2, 2021, at the age of 61 after complications from a recent surgery. We send our sincere condolences to his family, friends, and colleagues in the industry. Johnston, who at the time of his death worked for Christie Lites Sales in Toronto, was an influential figure in the Canadian live production industry over his 45 years in the industry, and was a longtime supporter and advocate for the Canadian Institute for Theatre Technology/Institut canadien des technologies scénographiques (CITT/ICTS).

Here is a tribute on the CITT website which also has a link to the memorial if you would care to leave a comment as tribute:

In 2010, Johnston received the Dieter Penzhorn Memorial Award, which is awarded to an individual who has provided significant and sustained service to the Canadian Institute for Theatre Technology/Institut canadien des technologies scénographiques, while playing an active role in the development of the greater Canadian cultural community.

The award was presented to Johnston for his tenure as President of CITT/ICTS from 2006 to 2009 and for bringing to CITT/ICTS a corporate savoir-faire that helped shaped the organization during its transitional period. He demonstrated a passion to move the organization forward, and some of the accomplishments under his tenure include financial stability, a thriving communication committee that undertook a communication audit, and the design of a new bilingual website, as well as an increase of corporate support and awareness.

In spite of his very busy professional life, Johnston took to heart his role as president and made himself available as much as he could to both the organization and its membership. He took advantage of his business trips across the country to visit with members as much as he could.  He humbly learned a better understanding the uniqueness of a not-for-profit structure while dispensing a great wealth of management and people-skill knowledge to the board and staff. To this day, the organization incorporates much of his wisdom in its day-to-day operation and strategic planning. He remains a source of inspiration and CITT/ICTS will continue to benefit from his knowledge and experience.

Johnston is survived by his wife Karen, children Ryan and Stephanie, grandchildren Alexandria and Isla, brother Mark, and remembered by his extended family alongside many friends and professional colleagues. CITT/ICTS shares its deepest condolences with Johnston’s family and friends.

Bob, thank you for your friendship and wisdom, you will be missed.

Peter Eady, a colleague of Johnston’s at Christie Lites remembered Johnston on LinkedIn. “Bob was a tremendous person… tenacious, funny, and generous. To me, he was a mentor, colleague, and friend for over 30 years. The lighting industry has lost a true legend. Rest in peace, buddy.”

Bob Johnston started his career in the entertainment industry in 1976 in the back shop of Canadian Staging Projects. This unlikely opportunity during high school gave Johnston his first taste of the entertainment industry. Despite the best efforts of Bob’s family, he could not leave the weekends and summers at CSP and the countless opportunities to catch IA calls and make the ‘real money’ doing concerts and shows at Maple Leaf Gardens and The Royal Alex Theater.

During this time, Johnston spent time attending Ryerson Polytechnic Institute in the Civil Engineering program. After completion of the program, he joined CSP full time, helped by the recession of 1981, and expanded his knowledge in the technical side of the stage lighting business. In 1982, Johnston switched his focus to the motion picture and television business and joined William F. White Limited.

From 1982 through 1996, Johnston developed his skills in the area of relationship building and was part of a group that expanded the sales and marketing operations nationwide. It was during this time that Johnston developed key contacts in the industry and was offered an opportunity to move to Southern California in early 1996. Johnston joined the Matthews Studio Group in Burbank and worked in the US market until he joined Christie Lites Sales in July 2001. Over this time period, Johnston gained experience in the operations side of the industry and brings this knowledge to Christie Lites Sales.

Over the past 41 years, Johnston has focused on the people side of our business and how the products and services can benefit end users. From the very early days, Johnston has been involved in a team atmosphere having been part of many successful sports teams and has learned the value of developing strong company infrastructures. Johnston believes that the focus and dedication to effective operations and strong business relationships at Christie Lites Sales provides a great place to be.

Learn more about Johnston in this article from etcetera, a blog by ETC: Christie Lites: The rules will set you free, by Marshall Bissett on March 9, 2017