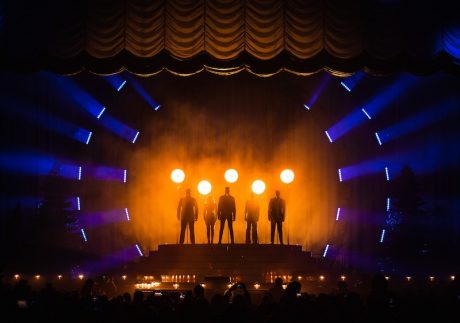 Bandit had finalized the Rascal Flatts Farewell tour in 2020 with lighting designer Travis Shirley of Travis Shirley Live Design in Houston and Nashville, but the production was halted due to the pandemic.

“Getting the call to work with him for Pentatonix was a great way to get back together,” said Bandit Lites Vice President Mike Golden. “It was an incredible experience, from Travis’s initial phone call through all the reports he gave during the rehearsal period. After review of the design and some discussion, he became interested in utilizing various pieces of Bandit’s circular truss, and in doing so, it melded perfectly to his vision as well as dropping the motor count by over a dozen motors. Travis also challenged our Tech Services Department to come up with a custom lighting array on the floor and he once again was very open to our ideas and offering.” 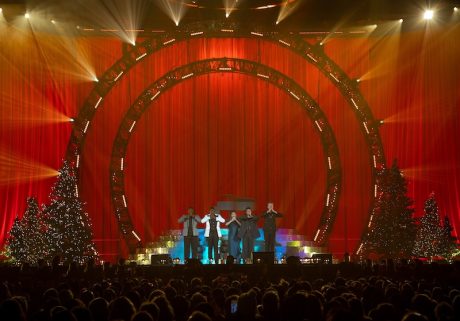 Shirley worked with the Pentatonix for nine years and sought to craft a theatrical lighting system that paid homage to the 1960s era variety programs, selecting fixtures and color palettes that evoked retro looks as seen on The Tonight Show Starring Johnny Carson.

“PTX is a blend on concert meets Broadway type of show, and I knew from the initial designs I need a quiet, fast, bright light that can give me aerials, but also give me some great stage effects as well,” said Shirley. 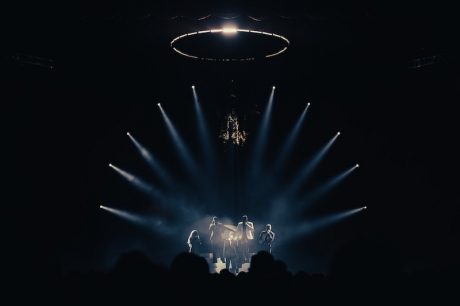 Bandit provided Shirley a demo of the Ayrton Khamsin, and he was taken with the well-rounded fixture, noting its brightness, color temperature and quiet LED engine. Khamsin fixtures framed all the edges of the proscenium and provided everything from aerial effects to lighting scenic and principal artists.

Another big winner for the classic aesthetics of the production was the Robe Patt 2013. “When conceiving the show, the team and I wanted to give a somewhat old school variety show vibe to the whole thing; from the curtains to the mic stands, to the lighting,” said Shirley. “The Patts played into that perfectly.”

And while the tour may have harkened back to days of old with vintage lighting, the result was still nothing less than jaw-dropping. “We start the second half of the show with the reveal of the Stardrops, and I have to say, the gasp from the audience always makes me smile,” Shirley shared. 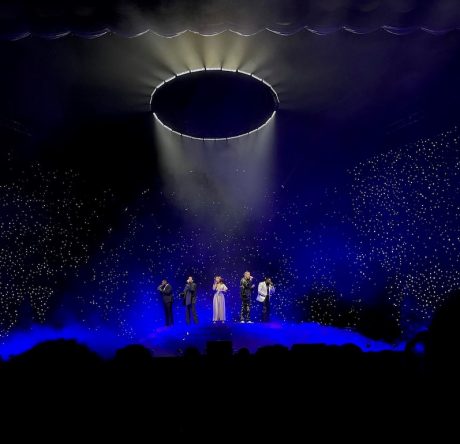 “Attention to detail and organization are key in the success of a show, or just as, maybe more importantly, production rehearsals,” noted Shirley who is well-acquainted with Bandit’s commitment to excellence, considering he began his own career with Bandit at age 18.

“Our relationship has grown, and I couldn’t not be happier with the way things are handled,” he said. “As each show I design gets picked up by the lighting/video vendor, there are always ‘solutions’ or adjustments that need to be made to fit the vendors gear list or way of operating. Thankfully in this case, Bandit’s Christmas elf, Dizzy Gosnell, was at the helm of integrating those changes to be a seamless production!”

“This was a very smooth tour,” Golden added, “and I credit Production Manager Mark Woodcock, Lighting Director Kyle Lovan and Travis for their efforts in making it so.”