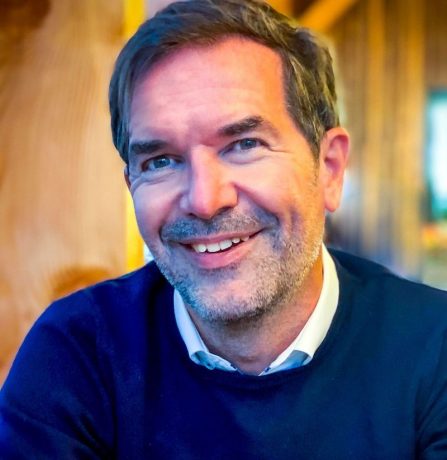 “There’s no one better prepared and able to lead the company than Stephan Paridaen,” Harris said. “Since arriving at PRG 12 years ago, he has demonstrated an exceptional passion for our mission and has focused on the continual growth of our business in the EMEA and APAC regions, while improving our operations and expanding our offerings.”

As Executive Chairman & Chief Creative Officer, Harris will work with and support Paridaen and the leadership team on continued excellence in areas that established the company in the first place and define its legacy: customer experience, technology, and the mentoring and development of the best industry talent. Harris felt that the timing was right for the CEO transition. He said, “We are at an inflection point for the company, the industry, and indeed the world. After leading the company through the most difficult period in our history, we are now on solid footing. There is still much work to do, and I am confident in Stephan’s ability to realize the tremendous opportunity ahead.”

Speaking on behalf of the PRG board of directors, Lauren Krueger, managing director, KKR, said, “We thank Jere for his exceptional leadership of PRG and look forward to his contributions as executive chairman and chief creative officer. We are confident that Stephan brings the strategic vision and operational focus needed to accelerate growth and profitability at PRG.”

Paridaen has led PRG’s growth in the EMEA region, establishing the company as a major presence on the entertainment and event production landscape there. Recent achievements include the development of new markets, such as esports; a network of digital and virtual production facilities across EMEA and APAC; and a significant expansion in the Middle East, a region actively positioning itself as a destination for entertainment and sports.

Before arriving at PRG, Paridaen was president, media & entertainment at visual technology and systems provider Barco. While there, he played a transformative role in the converging technologies of video and lighting, the digitization of cinema theaters, and LED display innovation.

Paridaen said, “It is a true honor to lead a company as rich in legacy and innovation as PRG. Jere Harris was among the first to see the tremendous power of technology to transform how audiences engage with music, TV and film, theater, corporate events, and more, and his founding mission now has greater relevance than ever. PRG is uniquely positioned for growth with its industry-leading team of people and global resources.”

Harris began his career on Broadway as a carpenter’s apprentice and has since earned a Parnelli Lifetime Achievement Award, four Tony Awards, multiple Drama Desk Awards, an Olivier Award, and an Emmy Award for engineering. PRG, the company he founded in 1995, has grown into a global presence with 62 offices in 28 countries and a diversity of technologies and skillsets. In addition, it holds over 250 patents and trademarks and is responsible for innovation that has reshaped production practice in theater, concert touring, TV, and film.