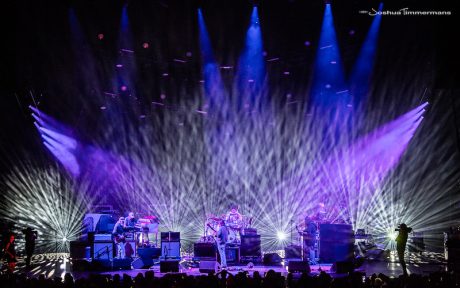 American rock band Widespread Panic made its first Mempho appearance at the 2021 edition of the show where versatile Ayrton Domino IP65-rated LED profiles took the stage with the popular festival headliners.

A mix of touring national acts and local favorites, Mempho 2021 was held Oct. 1-3 at the Memphis Botanic Garden’s Radians Amphitheater. Widespread Panic, which has been together for more than three decades, played two nights of the music fest.

Paul Hoffman, one of the owners and president of Pulse Lighting in Nashville, became the lighting designer for Widespread Panic in 2009 after serving as the band’s crew chief for three years. He worked with ACT Entertainment, the exclusive North American distributor of Ayrton lighting fixtures. to obtain Dominos for Widespread Panic’s Mempho debut.

“We love working with ACT,” says Hoffman. “We own probably 150 Ayrton Mistral and Ghibli fixtures, which have been great workhorses for us, and have grandMA consoles, motors and cables from ACT. Domino marked our first go with IP-rated fixtures, but we’re interested in any products in the Ayrton line.” 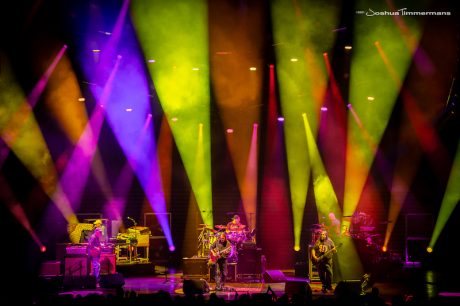 Domino’s IP65 rating makes it particularly attractive for outdoor shows like Mempho, he reports. ”The saying is that you’re only one weather event away from a $100,000 hit. You have to be prepared to take hits sometimes, and rain covers do work for lights, but it’s great to have a fixture that can defend itself against the weather so you don’t have to worry about it.”

As it turned out, the Dominos’ IP65 rating was not tested at Mempho 2021, but Hoffman had confidence that the fixtures would perform well if the weather had turned inclement. He placed 10 Dominos on the stage floor behind the band to silhouette the musicians and put patterns, color washes and break ups on them from the rear.

“They were really punchy,” he recalls. “We also used them in beam mode for searchlight effects behind the band. Then we turned them around to do graphical stuff on the back wall of the stage like the star field we used for the song, ‘Space Wrangler.’ We had a lot of fun playing with them.”

Hoffman calls Domino, “by far the most powerful LED-based fixture I’ve used–their output was their most notable feature. They blew through everything with a big, powerful wash–much more than I was used to. I was very impressed.”

Hoffman puts Domino on Pulse Lighting’s Wish List for 2022. “I’d definitely love to have some Dominos in our inventory,” he says. “They’d be useful fixtures year round, and their IP65 rating would come in especially handy for the summer festival season.”