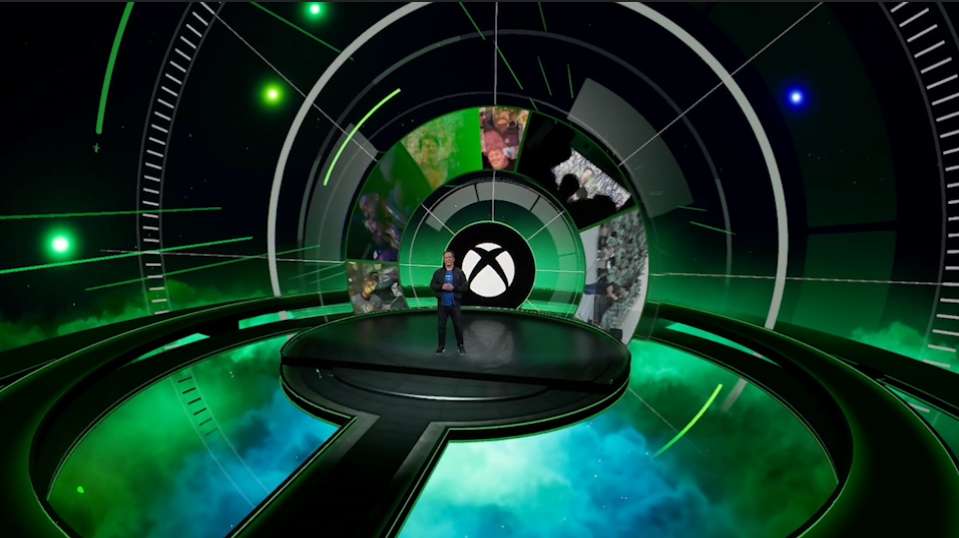 It may seem hard to believe that two decades have passed since the introduction of Xbox, but November 15, 2021 marked the 20th anniversary of the launch of the immensely popular gaming platform. Los Angeles-based design studio Xite Labs created Extended Reality (xR) environments for the digital broadcast celebration, which found Microsoft sharing favorite moments and memories with the Xbox community. The broadcast aired on the official Xbox channel on YouTube, Twitch, and Facebook for fans around the world.

The digital broadcast featured Robbie Bach, the first head of Xbox, Phil Spencer, who currently heads the brand, and Sarah Bond, head of the Xbox Creator Experience, reminiscing about how far Xbox has come in 20 years. They appeared in signature black and green-toned xR environments crafted by Xite Labs as video clips from the vault highlighted products, fans, and events from the past two decades.

“We created three different worlds for Xbox looking at design language from the heritage of the Xbox brand,” says Creative Director Vello Virkhaus, who is partnered with Greg Russell atXite Labs. “One world was built off of the boot sequence from the original Xbox that seemed familiar enough to a regular Xbox gamer to be a cool throwback. We also made a tachometer world, which was inspired by the Xbox 20th Anniversary brand artwork. This environment featured a tribute video montage that conveyed the passage of time while showcasing the different types of content Xbox has produced over the years.” 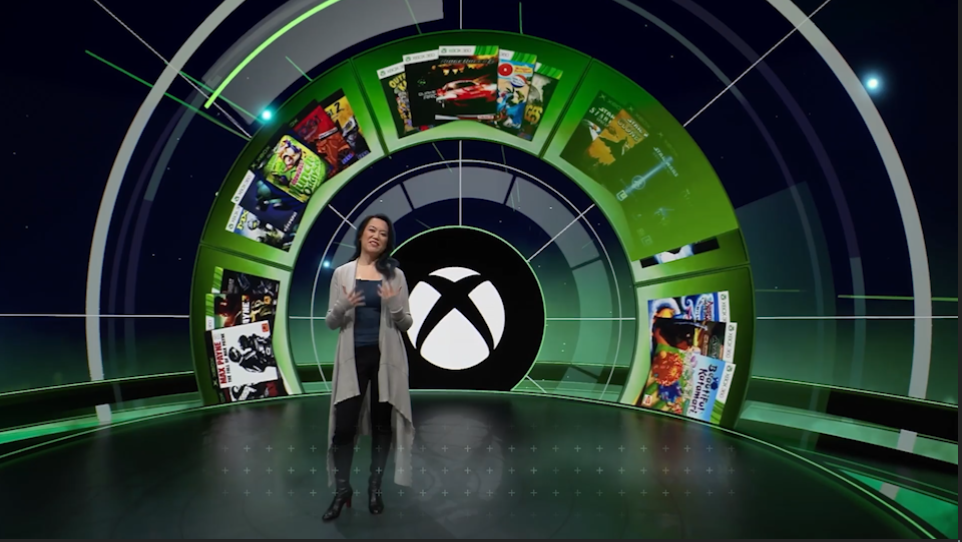 The third xR environment was “a completely new world inspired by Halo and featured a custom stage floating in a surreal Halo-inspired forest, with a massive virtual screen behind the presenter,” Virkhaus adds. “It was very well received by the team at Halo and we were thrilled by the response from fans.”

Xite Labs was awarded the project after joining forces with The Production Network and completing a round of highly successful productions at Microsoft Studio 127, where the company is a resident supplier of AR and production design content. “Once the Xbox team understood Xite’s capabilities and became familiar with our body of virtual production work, they recognized what type of partner our team could be,” notes Virkhaus.

“We went from telephone kick off calls and concept sketching to revisions and modeling. Xite’s design team employed Cinema 4D and Octane Renderer, finally migrating designs into Unreal Engine, and patching all the lighting into DMX,” Virkhaus illustrates. “We learned the importance of a good laser scan mesh and the high level of accuracy needed to execute high- precision xR.”