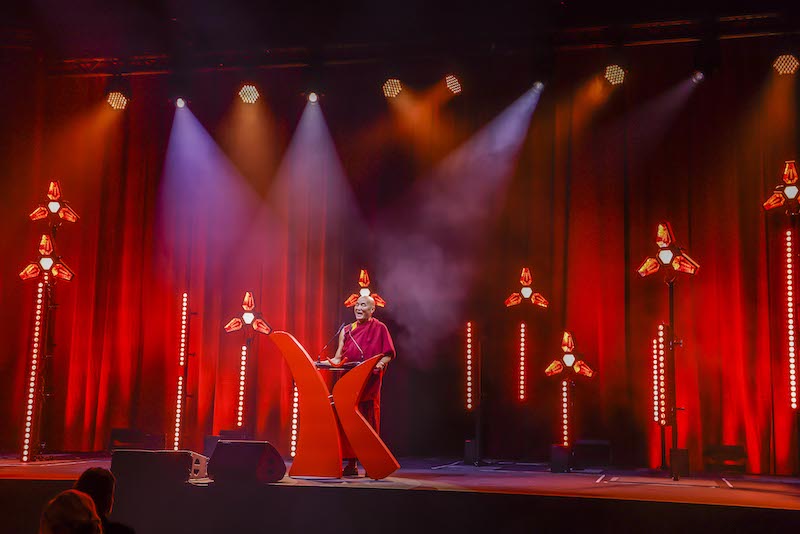 GERMANY– GLP provided technical support for the 17th Kinderlachen Gala (Laughter Gala), which took place recently along with presentation of the KIND Awards at Dortmund’s Westfalenhalle. Kinderlachen e.V. has been supporting needy children all over Germany since 2002, while the annual KIND Awards honors those who have committed themselves to children in need in a special way.

GLP has supported the charity event since 2019, this year as a technology sponsor. René Geissel from artequip has been responsible for the lighting, set and stage design since 2020. After the gala had been produced without an audience in 2020, it was unclear for a long time whether–and to what extent–an audience could be admitted this year. 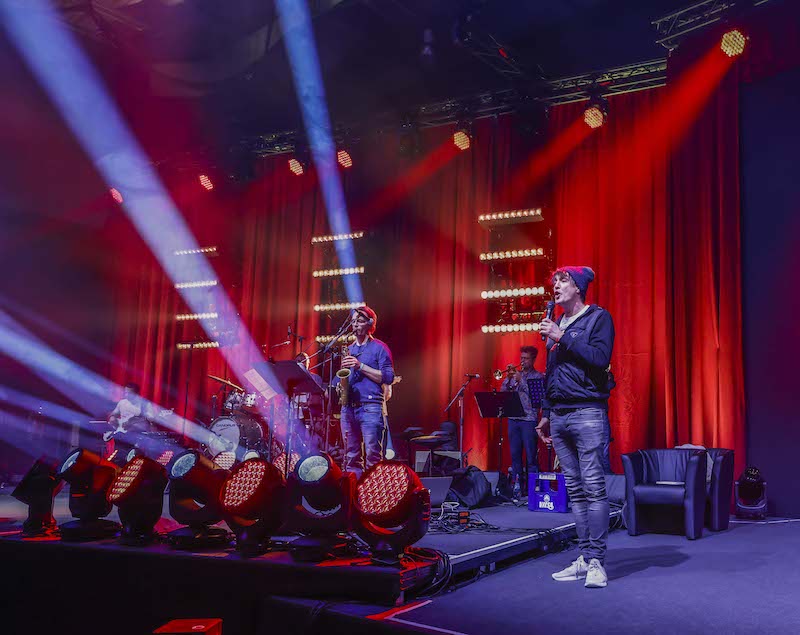 “The decision was made quite early on that a pure TV format could definitely be produced for the Kinderlachen stream,” the designer explains. “So I decided to plan three adjacent stages that could still be photographed individually: one stage for Band & Show, one for Talk & Presentation and one for  Show & Laudation. All three stages were given their own look, each of which was determined by an eye-candy effect in terms of lighting technology. In addition, sufficient brightness for camera purposes had to be guaranteed on all stages, as did the aesthetic lighting design of the backgrounds.”

GLP supported the event this year with 30 impression X4 L, 12 FR10 Bar, 10 FUSION Stick FS20, 16 FS16 Z LED sticks and 12 FUSION Exo Beam. The impression X4 L was used as a backlight and for show effects in the background of the stage. Further X4 L were in groups of four as floor lights in the Band & Show area. This arrangement was complemented by three Exo Beams each. “The color scheme with the X4 L was the most important element in my looks,” says Geissel.

The beam splits were realized by FUSION by GLP Exo Beams, which were used exclusively on the floor. The FUSION FS 20 Sticks, used to illuminate the backdrops, “impressed with their brightness, color rendering and their great dimming characteristic.”

The 12 FR10 Bars, arranged in clusters of four, were responsible for the eye candy on stage. The Light Forest and Laudation stage were designed with FS16 Z LED sticks. “The FS16 Z each formed the stem of the so-called Star Flowers, which resulted in a new image. Thanks to the zoom and halo ring, this backlight effect was not only nice to look at; it was also really easy to film,” reports Geissel. 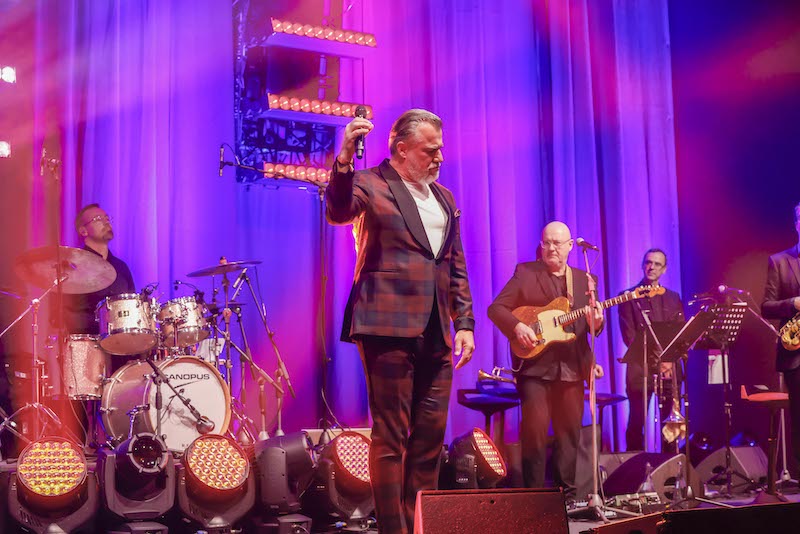 As the designer has more than 20 years’ experience in the development of light and stage shows for well-known artists, working with GLP products is nothing new to him. “I’ve worked with GLP from the start and I’ve known [owner] Udo Künzler for what feels like an eternity. The very first moving light that I controlled was GLP’s legendary Patend Light, the successor of which I have been waiting for to this day. The impression series, and especially the X4 family, are industry standards. Color rendering, brightness and the unique dimming behavior convince me again and again. In this respect, I was pleased to be able to work with GLP for the first time at the Kinderlachen Gala.”

Geissel was supported on site by operators Philip Bernhard and Timo Greinert. Lleyendecker, from Wuppertal, was the technical service provider and nominated the project manager, Ulrich Spittmann. “Without his close cooperation I would not have been able to design this production,” says Geissel.

Explaining his commitment to Kinderlachen, he says, “I got to know the club last year. The work of Marc Peine and Christian Vosseler seemed worth it to me to support in an honorary capacity. The project ‘Every child has its own bed’ alone moves me to tears. I also have the feeling that the donations really reach those affected. I would like to thank Marc and Christian for their trust in my creative work, Timo Greinert and Philip Bernhard, and Uli Spittmann and his wonderful Lleyendecker team for their support. Further thanks go to Udo Künzler and Andreas Brandt from GLP, who took care of me and my concerns.”