Hull, UK Gets Festive with Robe MegaPointes from HPSS Ltd 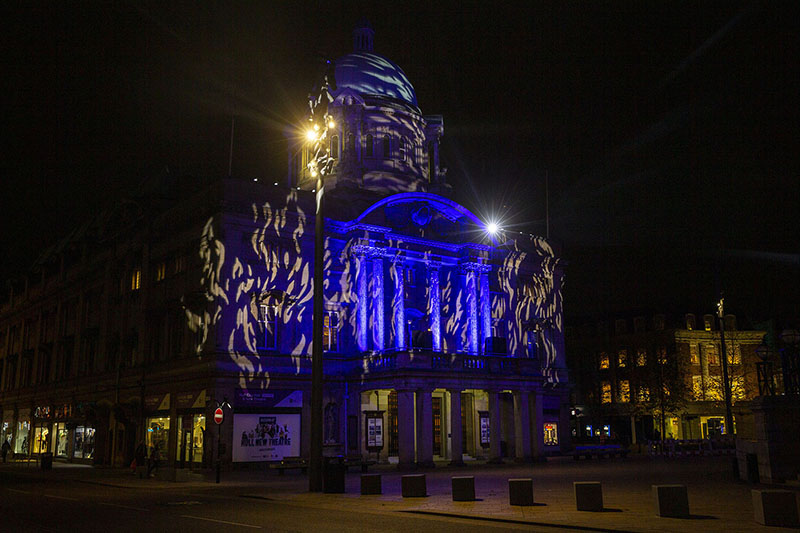 These were distributed on the rooftops of three landmark city center buildings in a concept and system design by HPSS’s Graham Roberts. 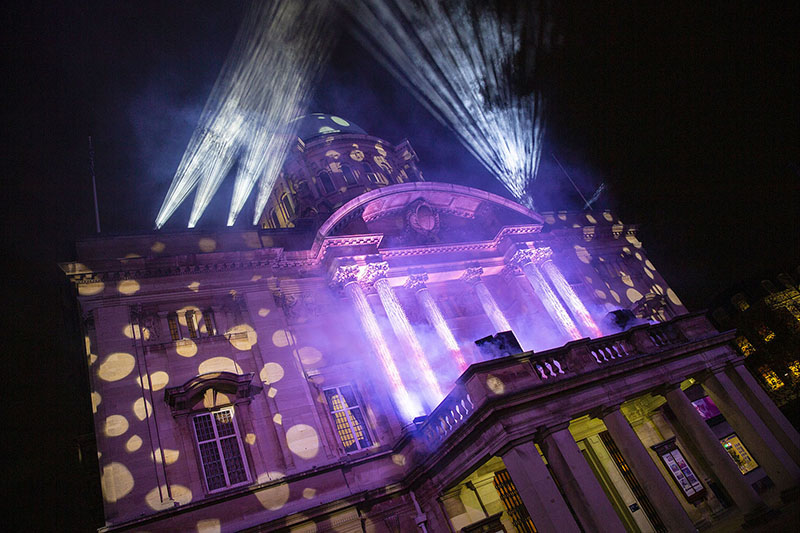 Graham and HPSS Ltd have delivered this project for the past few years, working alongside Jonathon Black from Hull City Council. Each time the challenge is to create something new, fresh, and different, but based on the same principle of energizing the heart of the city, and bringing it alive with vibrance, color and movement in a visual scheme that can be enjoyed by all.

The festive lighting system was also integrated with some of the city centre’s existing lighting and AV control infrastructure which was installed by HPSS a couple of years ago to facilitate municipal events, comprising both wired and a wireless Luminex network with Avo TNP control.

The three buildings utilized are Hull City Hall – designed by City architect Joseph Hirst in the Baroque Revival style and built between 1903 and 1909; The Ferens Art Gallery, donated to the city by Thomas Ferens, and opened in 1927; and the magnificent Maritime Museum, a striking piece of classic Victorian architecture originally constructed in 1872, dedicated to exploring the seafaring heritage of the city. The latter is currently closed for extensive refurbishment.

It was the first time that Graham had used MegaPointes for the festive illuminations!

He had explored some other options in past years, but for this year, Hull City Council decided to extend the illuminations beyond the festive season for another couple of months as the buzz they create is very much appreciated, so with this longer period in mind, Graham needed “flexibility, brightness and above all reliability” when it came to light sources. 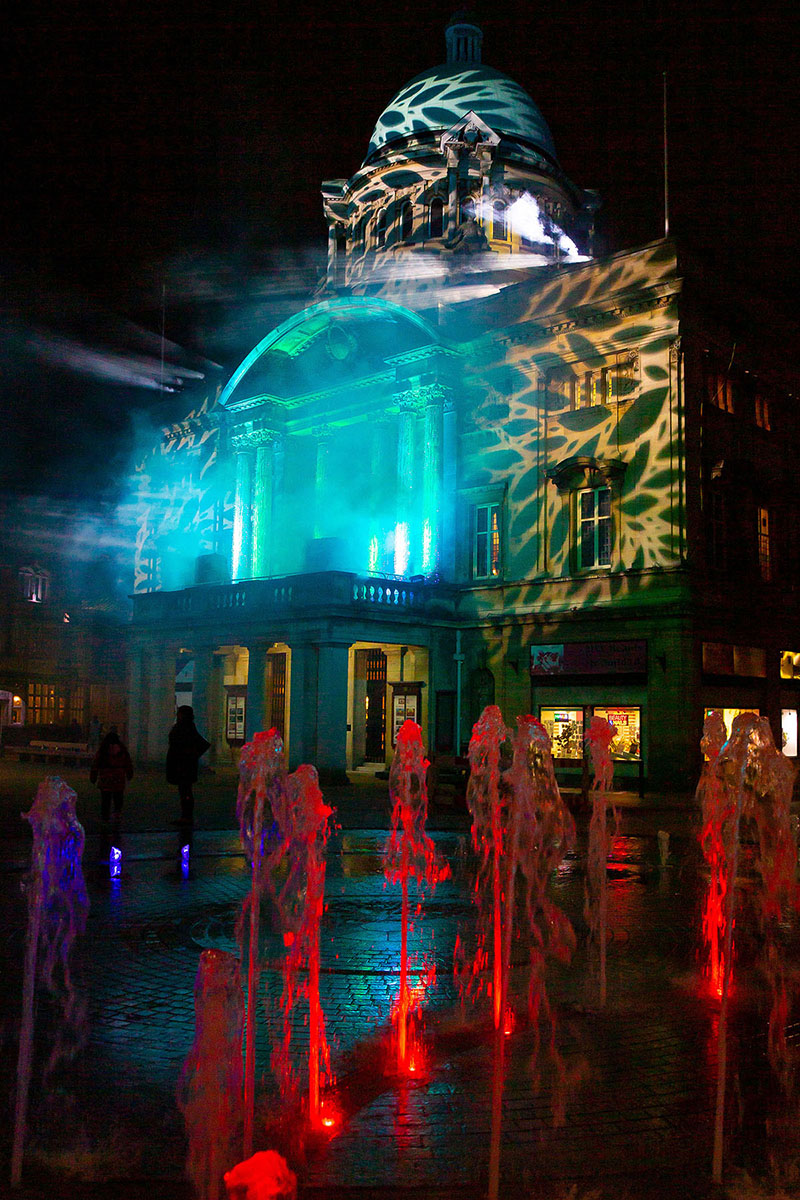 MegaPointe ticked all the boxes, and due to the length of the installation, investing in more MegaPointes to cover the period was an easy decision to make.

Eight MegaPointes are positioned on the City Hall with four each on the Art Gallery and the Maritime Museum, each cross-projecting gobos and wash lighting onto the other buildings, with some of the throw distances around 40 – 50 meters. 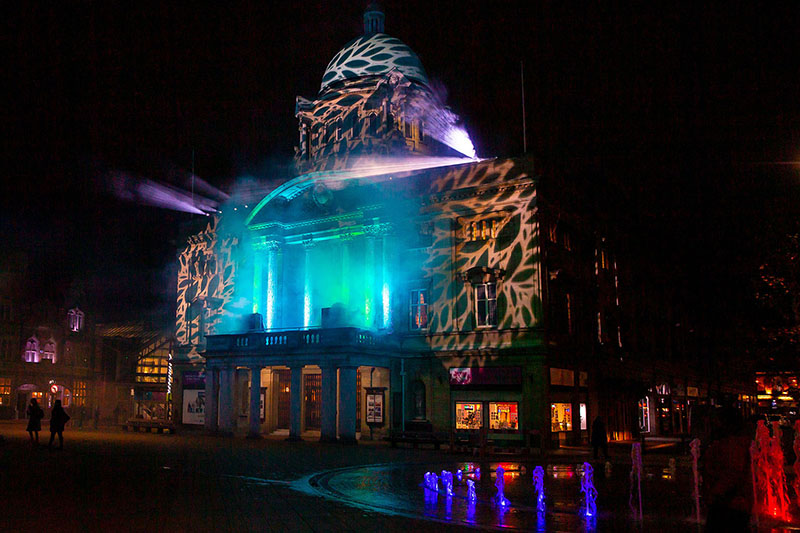 “I really needed a properly multi-purpose fixture for beam-work, spot effects and washes plus texturing / gobo projections, and MegaPointe was perfect,” said Graham. Also informed by the “excellent” experience with HPSS’s existing stock of MegaPointes, when the duration of the lightshow increased, it made financial sense to invest in more Robe. 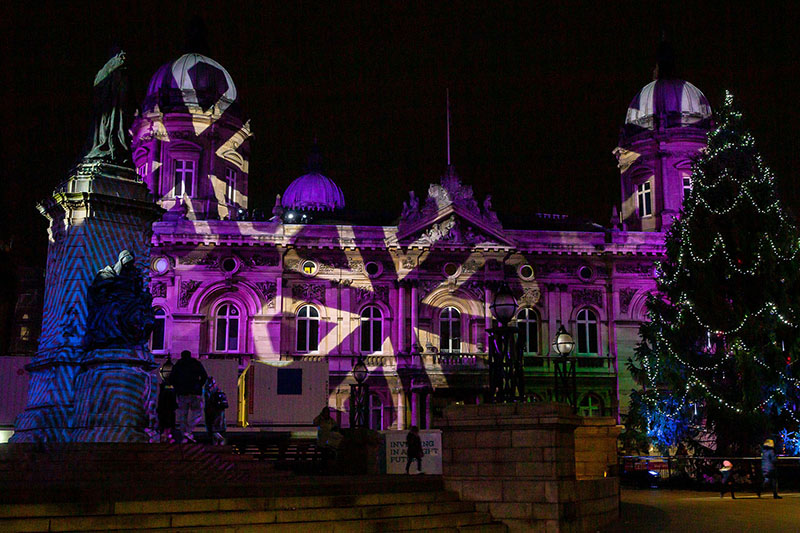 The lights are in static states most of the time, however every half hour, a QLab system triggers the Avo Quartz master console, and they fire up and perform a timecoded lightshow to one of six randomly selected Christmas songs, which blast out from a small PA system located on the City Hall balcony. This will be changed after mid-January when the festive period officially ends.