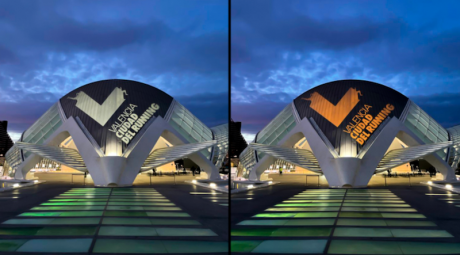 “We wanted a fixture that could be used outdoors with a strong light output, but easy enough for anyone to use,” said Rafael Tejada, CEO of RSM. “The Mosaico was exactly that: a high-quality image projector with nearly 12,000 lumens and easy enough for us to set up with a custom gobo and leave it running with a stand-alone playback.”