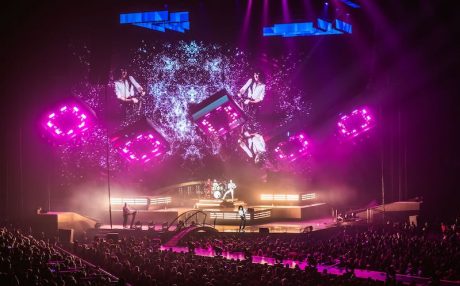 Queen Relived, debuting in fall 2021 at the O2 Arena in Prague, uses automated platforms, cubic structures and an array of ingeniously configured geometric structures to immerse audiences and bring them closer to the Freddy Mercury experience as performed by the tribute band Queenie. “The show revolves around the concept of depth,” said Martin Hruška, who wrote the storyline and designed the stage, lighting rig, and video graphics for the show. “I wanted the automation platform to change perspectives, I had a long cat walk dive deep into the audience. The idea was to break down barriers and connect the people to the band and to the music of Freddy Mercury.” 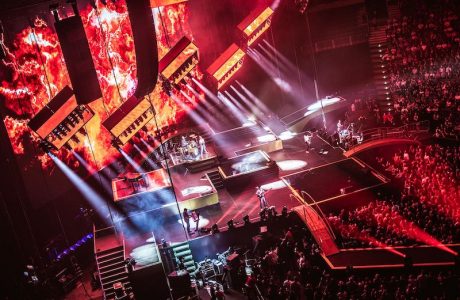 A total of 16 trucks  transported the show’s gear into the arena. Accentuating the intricate web of shapes and forms was an intense 17-universe lighting and video design run by LD Lukáš Patzenhauer on the ChamSys MagicQ MQ500M. Some of the massive rig’s lighting fixtures were arranged along the rim of the cubistic stage, others lined the dual catwalks or were hung from the venue ceiling, but most of the lighting intensity erupted from the seven giant geometric structures suspended in the air.

Directing intense beams of light in multiple directions, these fixtures gave the stage even more depth and texture, making Hruška’s patterns and shapes resonate with ever greater vitality. Stark color changes from the overhead units reflected myriad moods on stage, while pixel mapped effects complemented the imagery on the expansive LED video wall. 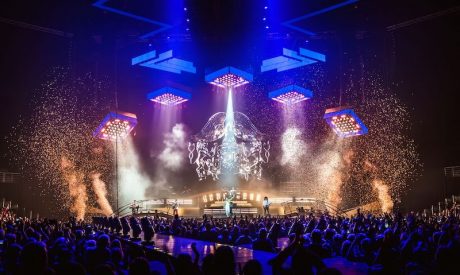 As for the video wall itself, it treated the audience to a series of engrossing images fed to it by Hippotizer Green Hippo servers. Some of the images were abstract, others realistic, all were deeply effective, particularly at one point where the lighting was turned all to white and silhouetted images of the band were shown on the wall.

Patzenhauer reported that the MQ500M worked seamlessly with the media server. He also praised the console’s Timeline feature. “This was new and a very big time saver,” he said. Using this feature, he was able to play audio directly linked to cues in the cue list. Another valuable attribut was the console’s Pixel Mapping feature. As the console can import fixtures’ XYZ positions from lighting plots he could quickly create grids from these to pixel map onto seamlessly. The motorized faders were also a big help. For example, using the Intensity Masters, he was able to control groups of fixtures quickly and easily.

The show was originally slated to debut in 2019, before Covid got in the way. Hruška spent 14 months creating the project; some elements of the show, such as the Cue Q Block, required extra special effort. The show is preparing for a world tour in summer 2022.