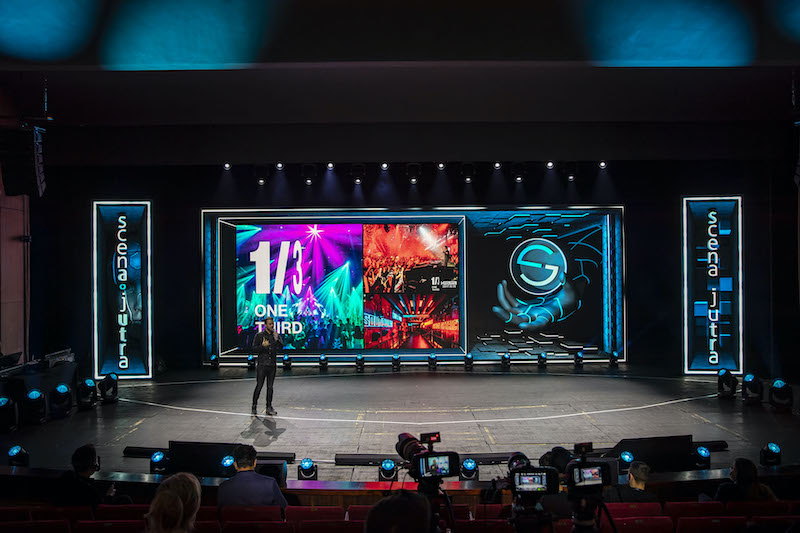 POLAND–Robe supported the 4th edition of the Stage of Tomorrow (Scena Jutra) conference, held at the Teatr Wielki Polish National Opera in Warsaw, Poland. The event was organized by the Stage of Tomorrow Foundation and its President Rafal Rzeczkowski, with leading Polish production technology sales specialist Prolight and Teatr Wielki, the latter represented by technical director Malgorzata Szablowska.

The one-day event featured more than 150 production industry related presentations, seminars, and discussions with a focus on the theme of virtual, extended, augmented reality and its potential for events and shaping the future. Three main presentation areas–Stage of Inspiration, Stage of Discussion, and Stage of Partners–explored an array of topics including sustainability; new technologies in entertainment; art and promotion, education, and future directions and development of the industry.

Nearly 500 individuals preregistered, the vast majority also attending, and all the discussions/presentations were also streamed live. The Stage of Inspiration broadcast was available in multiple languages with simultaneous translations provided for those attending in-person.

Rzeczkowski stated, “Our objective with Scena Jutra is to unite people from all industry sectors and generate discussions and conversations on multiple levels, connecting a diversity of people from experienced industry practitioners to students and young people aspiring to a career related to production and entertainment technology.”

Guests included many high-profile Polish industry influencers plus some notable international stars including Artur Rojek, Daan Oomen from Live Legends, Janus Józefowicz and Kamil Pohl and Robe’s own Ingo Dombrowski, who hosted two presentations. One of Dombrowski’s seminars expanded on the advantages of Robe’s TE (Transferrable Engine) LED technology, particularly in the context of sustainability and value for venues, installations, and rental companies, while the other was dedicated to detailing Robe’s commitment and passion for technical innovation.

Dombrowski commented, “Stage of Tomorrow is easily one of the best organized forums and meeting places for the industry in Europe, with a great line up of topics embracing current and future challenges, issues and debates, and there was an impressive list of speakers, presenters and discussion panels.” 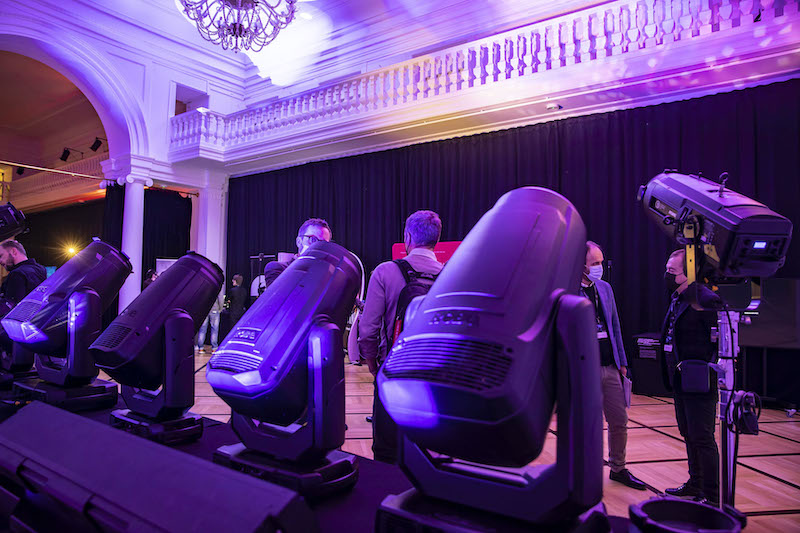 Dombrowski noted that the one-day timeframe was ideal for focusing people’s attention for right now, when travel is still challenging due to pandemic restrictions. In addition to the presentation stages, a compact exhibition area showcased some of the latest industry innovations–from drones to moving lights.

The Stage of Inspiration was located in the Teatr Wielki Polish National Opera building’s Młynarski Mainstage, and featured lectures by those who create and inspire. The day kicked off with business psychologist Wojciech Herra, illustrating how to combine knowledge and entertainment–edutainment–to encourage emotions and reactions that make presented content even more memorable.

International speakers on this stage included Daan Oomen, creative director from Live Legends, who flew in from Los Angeles especially for Scena Jutra. Having been involved with producing projects for mega-festivals like Tomorrowland, spectacular opening ceremonies for PUBG e-sports events, super clubs in Asia and corporate events like airline KLM’s 100 Year anniversary, Oomen explained the fundamental role of storytelling in any entertainment experience. He also underscored the importance of integrating local culture, history, and references into this narrative cognition.

Stage of Discussion enabled individuals to present their opinions and listen to feedback from others. It was the only place where artist Artur Rojek, lighting designer Paweł “Spider” Pająk, and East Eventz agency owner Michał Fałat talked about the same things, but from their own perspective. Also here, representatives of some major patrons of culture and entertainment, such as BMW or Żywiec, presented their  points of view and demonstrated how effective promotion and long-term relationship building can entail investment in more subtle directions. 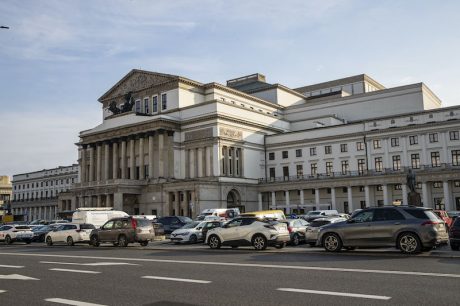 There was something for everyone who is switched on and interested in the industry now and in the future. The event created a serious buzz with lots of interest and networking taking place and it gave people a much-needed boost to morale with the chance to congregate face-to-face, or mask-to-mask.

Robe CEO Josef Valchar also had some words of encouragement: “All credit to Rafal and his team for bringing the Polish industry together. It’s more important than ever for our community to support each other, be strong together, and look to the future, and this event creates a special energy and synergy in which the whole community can communicate and engage.”