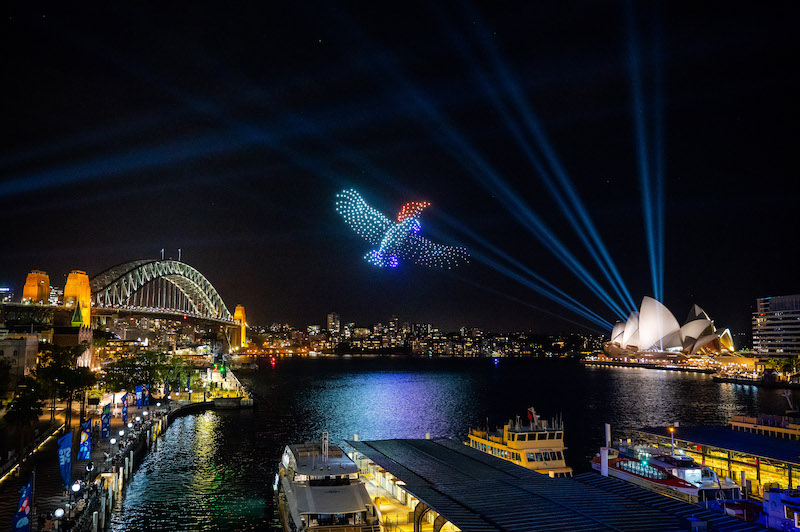 Elevate Sydney, a new festival held Jan. 1-5, unveiled one of the largest drone displays in the Southern Hemisphere. The Elevate SkyShow lit up Sydney Harbour for the first time with 500 drones, revitalizing people’s imagination in a time of uncertainty.

Featuring cutting-edge technology, art and a First Nations narrative, the inaugural Elevate SkyShow blended art and technology to create an entirely new form of night-time entertainment. The 500 Intel® drones performed in between the Sydney Opera House and the Sydney Harbour Bridge to a powerful and moving soundtrack.

AGB Events was commissioned by the NSW Government through tourism organization Destination NSW to create and produce Elevate Sydney. This summer festival was designed to activate Sydney’s Central Business District and AGB’s SkyShow provided an epic conclusion at the end of every night for thousands lining the Sydney Harbour foreshore. 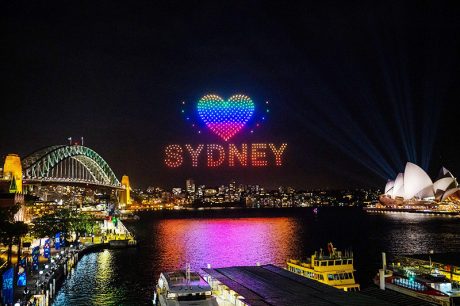 Set to an original soundtrack composed by Dobby, the drones danced to powerful orchestral sounds, energetic beats, and indigenous language, bringing First Nations culture to the forefront. The drones served as flying pixels animating an authentic and thrilling narrative of Greater Sydney, paying homage to the ancient wisdom of the Eora People, the unmatched beauty of the Australian flora and fauna and the pure joy of experiencing Summer in Sydney.

To bring the breathtaking vision to life above Sydney Harbour, AGB Events collaborated with Australian drone consulting company Mirragin and Intel, world class drone experts. Intel, the technologists responsible for the spectacular display at the Tokyo 2020 Olympic Games and the PyeongChang 2018 Olympic Winter Games, deployed specialist pilots to Australia from Germany, the U.S. and Finland specifically to program the Sydney show. 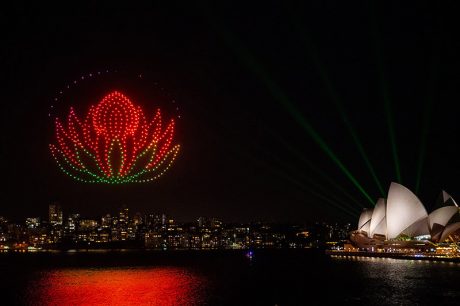 “The innovation and technology offered by Drones is really exciting; they are environmentally friendly with zero emissions, you can create a narrative and tell a story, and the possibilities are endless. They really are the future of major events,” said AGB Events CEO, Anthony Bastic. “The collaboration created a first for Sydney resulted in something special. The coupling of technologies and applying them to outdoor public events greatly enhances the audience experience and will certainly set a benchmark for future Australian events.”

To set the perfect scene over Sydney Cove, Mandylights was brought in to enhance the Sydney night skies with striking light projections, programming 60 mBeam searchlights from multiple locations around the Harbour. As a further enhancement, AGB engaged international augmented reality artist Charles Clapshaw of Future of Art, to overlay an augmented reality experience to the drone show. Visitors scanned the QR codes on site and enjoyed added visual elements, further enhancing their live experience. 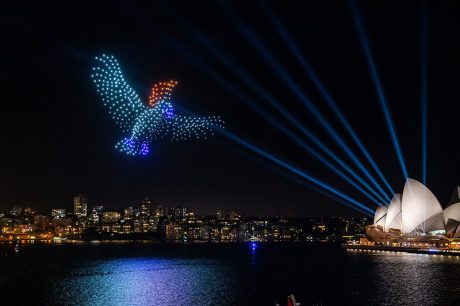 In addition to commissioning by Destination NSW, the Elevate Sydney SkyShow team was also supported by key landowners and government agencies, including the Civil Aviation Safety Authority, Transport for New South Wales, the Overseas Passenger Terminal and Ports Authority, and NSW Place Management.

“We’re very grateful for the support and efforts of the many agencies who have worked with us to realize this project. This is an industry we really want to nurture and promote.The Intel Pilots traveling to Australia and sharing their knowledge is an amazing opportunity to grow the expertise of local drone operators,” Bastic said.

For a quick 2-minute highlight video of the Elevate Sydney SkyShow: https://vimeo.com/665487653