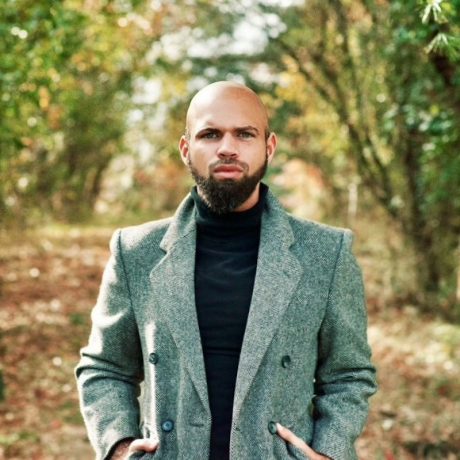 Joshua Henry Jenkins has been appointed as the new director of marketing of the Theatre Communications Group (TCG), the national organization for theatre. Jenkins will be responsible for creating, implementing, and measuring the success of a comprehensive marketing plan that advances TCG’s mission to lead for a just and thriving theatre ecology. Working with a portfolio that includes individual membership, events, and publishing, Jenkins will raise the valuation of TCG’s programs within the theatre field while championing the not-for-profit theatre to the broader culture.

“Joshua’s experience as both a marketing strategist and community organizer make him an ideal person to lead TCG’s marketing efforts in a values-driven way,” said Adrian Budhu, deputy director and COO, TCG. “From his work at Americans for the Arts to his co-creation of Black, Gay, stuck at home to his board leadership of the Arts Administrators of Color Network, Joshua has found innovative ways to uplift BIPOC and LGTBQIA+ communities. We’re excited to work with Joshua as we center these communities as part of our new strategic plan and mission: to lead for a just and thriving theatre ecology.”

“I am excited to join Theatre Communications Group in this role and eager to amplify the exciting and necessary work that TCG, its members, and the field are doing to create a just and thriving theatre ecology,” said Jenkins. “We are still moving through such unprecedented times and I will be pulling from years of service to various communities to ensure our field knows about and can engage with the amazing work that is still being done.”

Jenkins is an interactive media strategist and organizer of community based out of Washington, D.C. by way of rural North Carolina. He has worked extensively with independent artists and arts organizations to develop brand identity, design, and marketing strategies. He is the former director of web and new media strategies for Americans for the Arts. In service of the communities to which he belongs, he creates and amplifies work that uplifts BIPOC and LGTBQIA+ identifying folks, citizens of rural areas, and most importantly those who exist at those intersections.

He is the former board chair for the Arts Administrators of Color Network where he also led all marketing and communications efforts since 2018. In addition, he produced and co-hosted the monthly podcast Art Accordingly, which interrogated issues of equity and inclusion in the arts. The podcast was presented live at various events including the National Performance Network Conference, SphinxConnect, and the Arts Equity Summit.

Jenkins freelances as a digital strategist and graphic designer who also has a dedicated online store of designs that function as wearable celebrations of queer and trans people of color and nods to cultural moments that shaped his identity. He is an alum of the artEquity Facilitator Cohort and the American Express Leadership Academy as well as a former member of the Gay Professional Men of Color. He has served as a grant panelist for the D.C. Commission on the Arts and Humanities and the Florida Division of Cultural Affairs.

Jenkins received his Master of Arts in Interactive Media from Elon University in 2012 and his Bachelor of Arts in Communication Studies from the University of North Carolina at Chapel Hill in 2010.