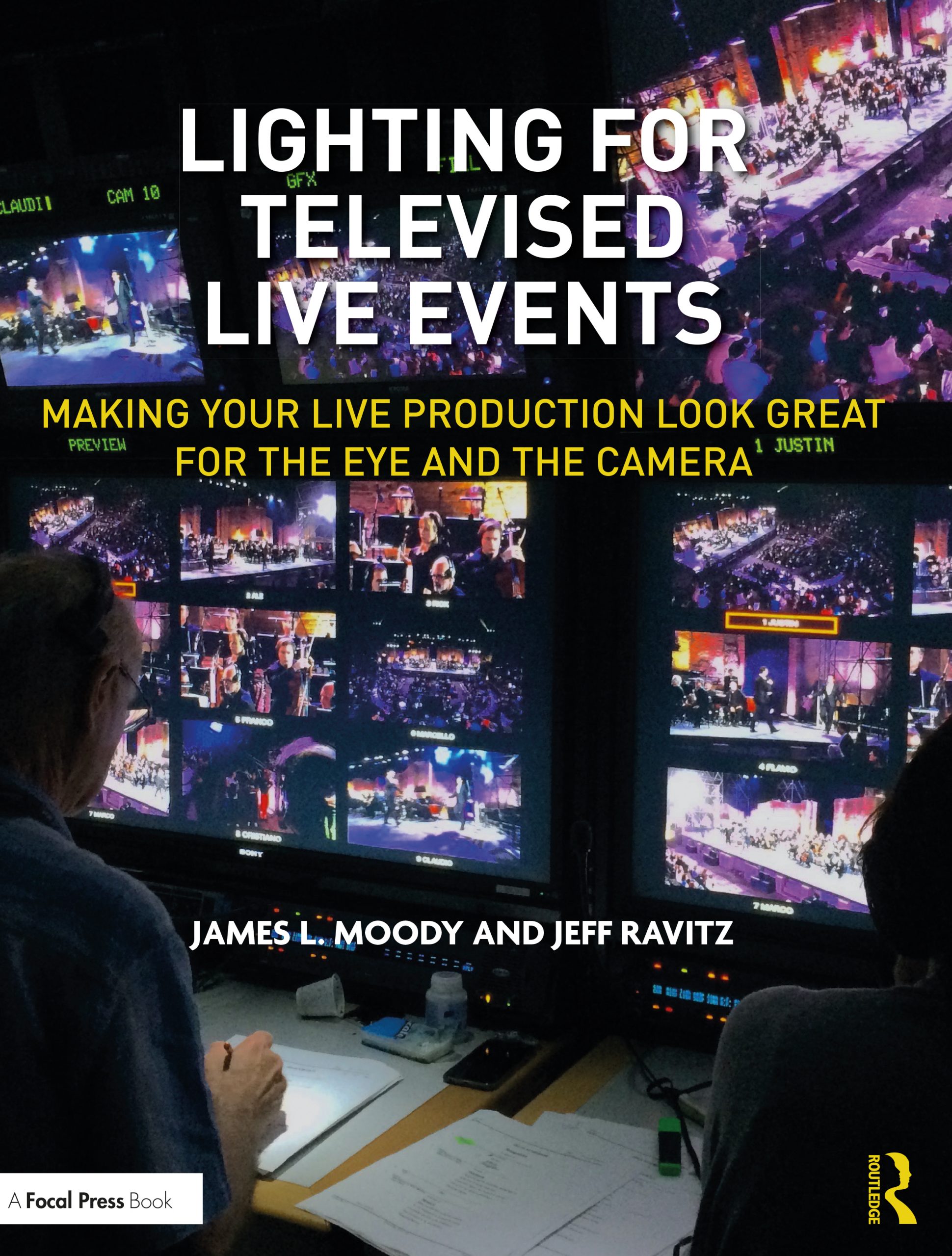 A new book about the techniques and unique issues of lighting design for live events and productions being shot for broadcast, webcast or IMAG, has been published by Routledge and their media technology division, Focal Press. This would be a good reference book for theater lighting designers who are often lighting productions for streaming or capture to have on hand.

Lighting for Televised Live Events: Making Your Live Production Look Great for the Eye and the Camera unlocks the science, art, philosophies, and language of creating lighting for live entertainment and presentations that work for the television camera as well as for the live audience. The authors, Jeff Ravitz and James L. Moody, each have extensive lighting design credits in both live and televised production and have brought their experience and insights to the book in an attempt to explain the common denominators between live and televised presentation lighting.

Ravitz explains, “The television camera has become an ever-present part of most productions, whether for live streams, TV specials, music videos, or, just as importantly, the IMAG screens that so many shows use. Over the years, I learned that a few, but significant, adjustments can make a live show look so much better for the viewer who watches on their TV, computer, tablet, or phone. They can only see what’s being shown by the camera, and for what it’s worth, there are millions of those viewers out there. The twist is that these shows can also retain all the beauty and dynamics of the live show and still look great for the audience in the venue.”

The book explains the science, art, and aesthetics of the subject and includes production case studies contributed by respected television lighting designers who describe their methodology for adapting shows originally designed for the live audience and not the camera. Ravitz continues, “We have purposely kept the science part clear and concise to avoid bogging down the reader with technicalities that are available in numerous publications and equipment manuals. What we strive to do is connect the science to the art so we can get down to actually designing the lighting.”

The book is aimed at design students and lighting professionals in all production roles. It is available in paperback, hard cover, and e-book versions from Routledge, Amazon, and most online booksellers in the U.S. and U.K.

Jeff Ravitz is an Emmy-winning lighting designer who specializes in live and televised concerts, stand-up comedy, awards shows, and live productions being shot for broadcast and webcast. Learn more about Ravitz’s work at Intensityadvisors.com

James L. Moody is considered one of the pioneers of concert lighting and transitioned to become a much sought-after television lighting designer. After retiring from active production, he became the head of the Technical Theatre Program at Los Angeles City College and is now fully retired.