The San Francisco Opera final dress rehearsal of Barber of Seville at the Marin Center.

The San Francisco Opera utilized a complement of Ayrton Perseo-S fixtures in Lighting Designer, Jax Messenger’s rig when it brought opera back to town in a COVID-safe outdoor production of Rossini’s The Barber of Seville at Marin Center in San Rafael, CA. Ayrton Perseo is a compact, multi-function luminaire with an IP65 enclosure rating.

The Barber of Seville, directed by Matthew Ozawa, ran from April 23 – May 15 at Marin Center, 15 minutes from San Francisco, where the audience pulled up their cars. They watched the production, on an outdoor stage with soaring LED videowalls, from their vehicles.

“We have staged concerts before in Golden Gate Park, but nothing to this extent has been produced outside in the three years I have been with the company,” notes Justin Partier, Lighting Director for the San Francisco Opera. “We considered several venues and found Marin Center to be the best location. So, we constructed a stage and used the set from a yet-to-be-produced production of Fidelio in a new configuration.” 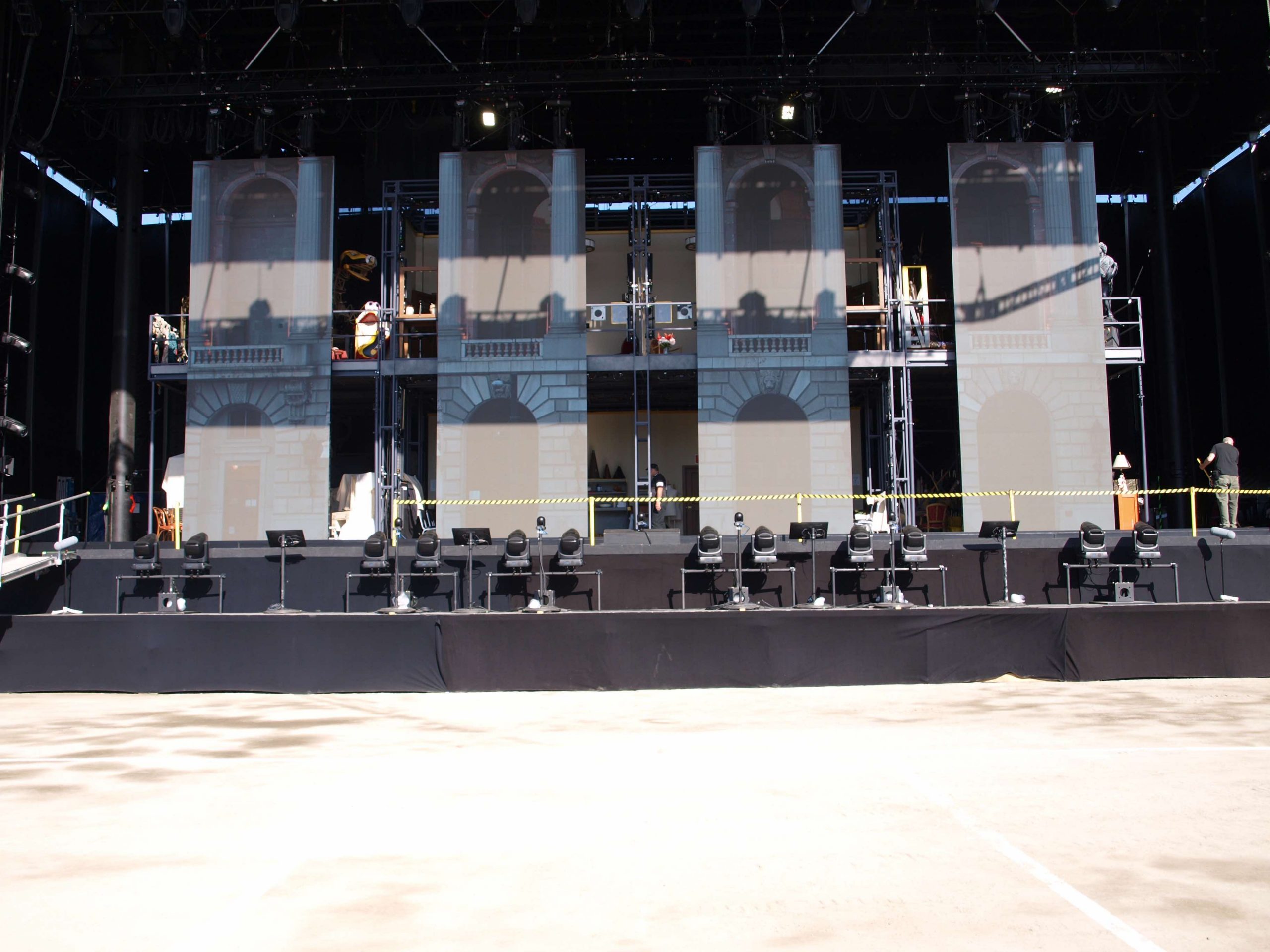 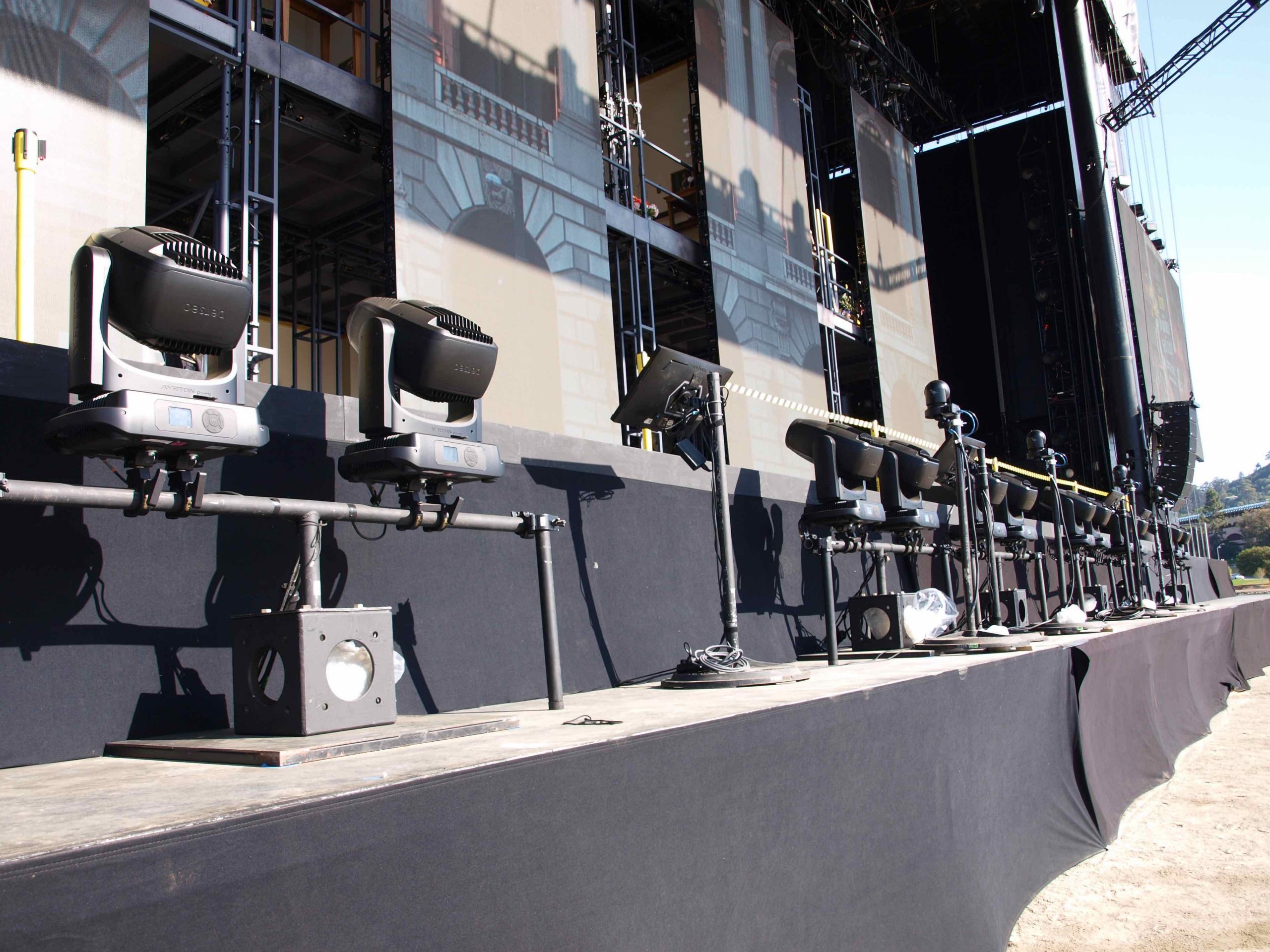 Partier says the lighting team was looking for a fixture that offered shuttering, gobos, color, and diffusion, which was small enough to place inside the set. The lights also had to be able to withstand any inclement weather during the opera’s three-week run. Perseo-S ticked all those boxes. “The fixtures had to be small and bright – they were the only way to get light underneath the set from side light and footlight positions,” he explains. “They also needed to be rated for outdoor use. As it turned out, we had only one really wet day with the rest California sunshine and rainbows.”

Partier says that Aaron Hubbard with ACT Lighting helped steer him to Perseo. “Early on I looked at a bunch of lights with them, and when I said something smaller was required for the production, they led me to Perseo and were very helpful in giving me all the information I needed.” Felix Lighting of Burlingame, CA supplied the fixtures.

He notes that Perseo’s gobos were especially in demand for the production. “Any time the four video panel back walls were in the open position we painted gobos onto them with the prism,” he explains. The gobos were particularly effective in the storm and shave sequences. The Perseos looked great and were actually much brighter for their size than I thought they would be,” Partier reports.

The San Francisco Opera final dress rehearsal of Barber of Seville at the Marin Center.